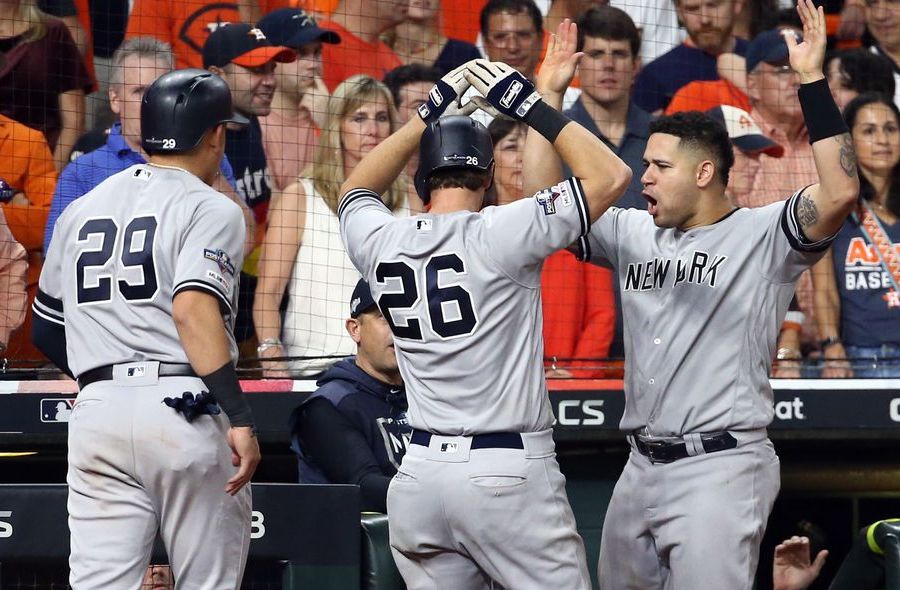 Below I’ll give you my selections for the best Yankees books by a few categories. I will cover these and other great books more in depth later. There has never been a team like the New York Yankees. No team has won as many World Series titles. No team has hit as many home runs. No team has had as many great superstars playing for them: Ruth, Gehrig, DiMaggio, Mantle, Berra, Ford, Rivera, and Jeter to name a few.
Author(s): The New York Times, Dave Anderson, et al.

Interspersing exciting history and fun quizzes, this trivia book ranges from basic facts to challenges that will teach even the most die-hard fans a thing or two about New York Yankees baseball. The facts presented are grouped into categories that include positions, the early years, and championship teams. Entertaining and educational, the book is ideal for both solitary instruction and group game play.
Author(s): Neil Shalin

Mo, Mick, The Skipper, Mr. October The New York Yankees have a long and storied history, and what better way to honor the most successful team in Major League Baseball than with their very own Mad Libs!
Author(s): Michael T. Riley

So You Think You’re a New York Yankees Fan? tests and expands your knowledge of Yankee baseball. Rather than merely posing questions and providing answers, you’ll get details behind each—stories that bring to life players and coaches, games and seasons.This book is divided into multiple parts, with progressively more difficult questions in each new section.
Author(s): Howie Karpin

The 1932 New York Yankees: The Story of a Legendary Team, a Remarkable Season, and a Wild World Series (2018)

At the outset of the Great Depression, as FDR campaigned to replace Herbert Hoover, a baseball season was played across America. In the National League, the Chicago Cubs narrowly won the pennant thanks to the likes of Gabby Hartnett, Charlie Grimm, Billy Herman, Riggs Stephenson, Kiki Cuyler, Johnny Moore, Lon Warneke, and Guy Bush. In the American League, former Cub manager Joe McCarthy’s New York Yankees ran away with the pennant, leaving Connie Mack’s Philadelphia Athletics in the dust.
Author(s): Ronald A Mayer

Complete and unabridged paperback edition. In the book, a Yankee engineer from Connecticut named Hank Morgan receives a severe blow to the head and is somehow transported in time and space to England during the reign of King Arthur.
Author(s): Mark Twain

The definitive story of one of the greatest dynasties in baseball history, Joe Torre’s New York Yankees. When Joe Torre took over as manager of the Yankees in 1996, they had not won a World Series title in eighteen years. In that time seventeen others had tried to take the helm of America’s most famous baseball team. Each one was fired by George Steinbrenner.
Author(s): Joe Torre, Tom Verducci WITH THIS TRIVIA CROSSWORD WORD SEARCH ACTIVITY PUZZLE BOOK, YOU CAN MAKE YOUR New York Yankees LOVER LIGHT UP WITH DELIGHT! This edition covers the New York Yankees Greatest Players. This combination book will keep your trivia, crossword and word search fans busy for years. Our Fill In crossword puzzles (also known as Fill-It-Ins or Word Fills) are different from the traditional crossword puzzle in that we supply you with the words, instead of clues and you need to complete the grid.
Author(s): Mega Media Depot

Yankee Fighter: The Story Of An American In The Free French Foreign Legion (2019)

Lieutenant John F. Hasey was the first American citizen to shed his blood to free France from the oppression of the Nazi Regime. But why was Hasey fighting for France and why was he spilling his blood for the cause of the French people?John F.
Author(s): John F. Hasey, Joseph F. Dinneen

Aaron Judge and the New York Yankees: Then and Now: The Ultimate Baseball Coloring, Activity, Biography and Stats Book for Adults and Kids (2018) Hours of fun for grown-up’s and kids alike with this New York Yankees coloring book full of Yanks stars from past and present.
Author(s): Anthony Curcio

The Baby Bombers: The Inside Story of the Next Yankees Dynasty (2019)

Derek Jeter and the “Core Four” have passed the torch to a new generation of Yankees superstars―featuring Aaron Judge, Gary Sanchez, Luis Severino, and Gleyber Torres―who have powered through the minors to become stars on baseball’s biggest stage. Joined by reigning National League MVP Giancarlo Stanton, this thrilling group is poised to chase championship titles for years to come.
Author(s): Bryan Hoch

The New York Yankees are one of baseball's most iconic franchises and as much a part of New York as the Statue of Liberty and the Empire State Building. From Joe DiMaggio and Derek Jeter to Babe Ruth and Masahiro Tanaka, from Hall of Famers to rookie busts, the Yankees are baseball's most beloved franchise. Jim Kaat, who has the unique experience of playing for the Yankees as well as calling games for them in the booth, had a prime seat to watch it all unfold.
Author(s): Jim Kaat, Greg Jennings, et al.

Ladies and Gentlemen, the Bronx Is Burning: 1977, Baseball, Politics, and the Battle for the Soul of a City (2006) “My kind of loyalty was loyalty to one’s country, not to its institutions or its officeholders.
Author(s): Mark Twain

The New York Yankees All-Time All-Stars: The Best Players at Each Position for the Bronx Bombers (2019)

Let’s say you’re the manager of the most successful professional baseball team in history, with every past and current player available on your bench. Game time is approaching and the ump needs your line-up card. Who’s your starting pitcher? Crafty Whitey Ford, lights-out Ron Guidry, or a big-game right-hander? Is Munson behind the plate or Yogi? Who’ll bat clean-up? Who’s your DH?
Author(s): Jim Griffin

Best Yankees Books That You Need

We highly recommend you to buy all paper or e-books in a legal way, for example, on Amazon. But sometimes it might be a need to dig deeper beyond the shiny book cover. Before making a purchase, you can visit resources like Library Genesis and download some yankees books mentioned below at your own risk. Once again, we do not host any illegal or copyrighted files, but simply give our visitors a choice and hope they will make a wise decision.

Please note that this booklist is not errorless. Some books are absolutely best-sellers according to Chicago Tribune, others are composed by unknown authors. On top of that, you can always find additional tutorials and courses on Coursera, Udemy or edX, for example. Are there any other relevant links you could recommend? Drop a comment if you have any feedback on the list.