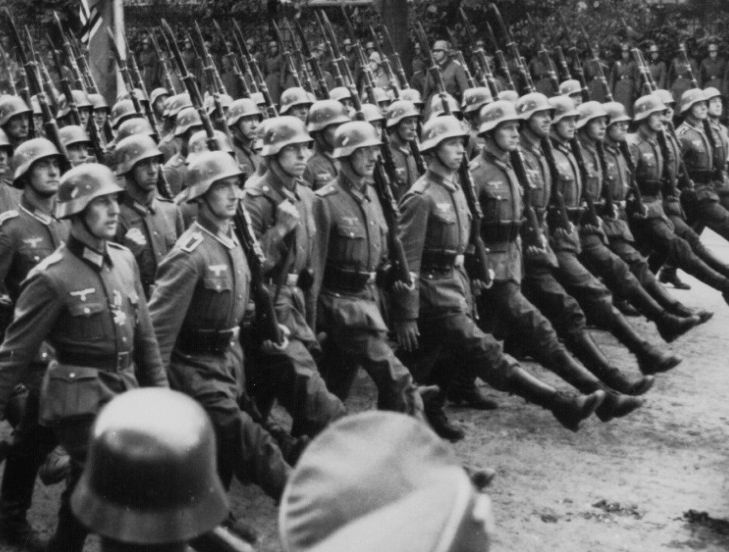 Below I’ll give you my selections for the best World War 2 books by a few categories. I will cover these and other great books more in depth later.

The Forgotten 500: The Untold Story of the Men Who Risked All for the Greatest Rescue Mission of World War II (2008)

During a bombing campaign over Romanian oil fields, hundreds of American airmen were shot down in Nazi-occupied Yugoslavia. Local Serbian farmers and peasants risked their own lives to give refuge to the soldiers while they waited for rescue, and in 1944, Operation Halyard was born. The risks were incredible.
Author(s): Gregory A. Freeman

When was the last time someone around you brought up World War Two?It’s a pretty popular war. Maybe you heard about it yesterday. Maybe last month. But it was probably recent.
Author(s): Bill O’Neill

From Britain’s darkest and finest hour to the great alliance and ultimate victory, the Second World War remains the most pivotal event of the twentieth century. Winston Churchill was not only the war’s greatest leader, he was the free world’s singularly eloquent voice of defiance in the face of Nazi tyranny, and it’s that voice that animates this six-volume history.
Author(s): Winston S. Churchill

The Story of World War II: Revised, expanded, and updated from the original text by Henry Steele Commanger (2002)

Drawing on previously unpublished eyewitness accounts, prizewinning historian Donald L. Miller has written what critics are calling one of the most powerful accounts of warfare ever published.Here are the horror and heroism of World War II in the words of the men who fought it, the journalists who covered it, and the civilians who were caught in its fury.
Author(s): Henry Steele Commager, Donald L. Miller

The Second World War was one of the most traumatic events in human history. Across the world, existing conflicts became connected, entangling nations in a vast web of violence. It was fought on land, sea, and air, touching every inhabited continent. Over 55 million people died, some of them combatants, some civilians caught up in the violence, and some murdered by their own governments.It was the war that unleashed the Holocaust and the atomic bomb upon the world.
Author(s): Captivating History

The Longest Winter: The Battle of the Bulge and the Epic Story of WWII’s Most Decorated Platoon (2005)

On the morning of December 16, 1944, eighteen men of the Intelligence and Reconnaissance platoon attached to the 99th Infantry Division found themselves directly in the path of the main thrust of Hitler’s massive Ardennes offensive. Despite being vastly outnumbered, they were told to hold their position “at all costs.” Throughout the day, the platoon repulsed three large German assaults in a fierce day-long battle, killing hundreds of German soldiers.
Author(s): Alex Kershaw

This new paperback edition contains Book One and Book Two of this series, revealing the hidden side of D Day which has fascinated readers around the world. Almost all accounts of D Day are told from the Allied perspective. But what was it like to be a German soldier in the bunkers of the Normandy coast, facing the onslaught of the mightiest invasion in history?
Author(s): Holger Eckhertz, Sprech Media

Paperback Publisher: DK (1705) ASIN: B0157JRUJW Shipping Information: View shipping rates and policies Average Customer Review: 4.7 out of 5 stars 184 customer reviews Amazon Best Sellers Rank: #13,610,945 in Books (See Top 100 in Books) Would you like to tell us about a lower price? If you are a seller for this product, would you like to suggest updates through seller support?
Author(s): Jan 1, 1705

The Battle of Huertgen Forest was one of the bloodiest engagements of the Second World War.Fought between American and German forces between 19th September to 16th December it was the longest single battle the U.S.
Author(s): Paul Boesch

The Liberator: One World War II Soldier’s 500-Day Odyssey from the Beaches of Sicily to the Gates of Dachau (2013)

The Nazi Germany Regime was brutal and inhumane. The atrocities that were committed by the Nazi’s will remain a shameful chapter in history for possibly centuries to come. Beginning with a coup at the start of the war, the elite SS Waffen came to be known as the best and the most brutal. While it had it’s start with pure German forces, the Waffen later accepted those from other sympathetic countries. These are some of their stories.
Author(s): Ryan Jenkins

Highly regarded for its concise clarification of the complexities of World War II, this book illuminates the origins, course, and long-range effects of the war. It provides a balanced account that analyzes both the European and Pacific theaters of operations and the connections between them. The Fifth Edition incorporates new material based on the latest scholarship, offering updated conclusions on key topics and expanded coverage throughout.
Author(s): Michael J. Lyons

France, 1939 – In the quiet village of Carriveau, Vianne Mauriac says goodbye to her husband, Antoine, as he heads for the Front. She doesn’t believe that the Nazis will invade France … but invade they do, in droves of marching soldiers, in caravans of trucks and tanks, in planes that fill the skies and drop bombs upon the innocent. When a German captain requisitions Vianne’s home, she and her daughter must live with the enemy or lose everything.
Author(s): Kristin Hannah

World War Two: Under the Shadow of the Swastika (Campfire Graphic Novels) (2016)

This volume of Campfire’s graphic history of World War II deals with the war in Europe from the rise of the Nazis through to May 1945 and VE Day. World War II shows the effects of the war on the soldiers, the refugees, the victims and protagonists of the most terrible conflict the world has ever known.
Author(s): Lewis Helfand, Lalit Kumar Sharma

Now more than ever, kids want to know about our country’s great struggles during World War II. This book is packed with information that kids will find fascinating, from Hitler’s rise to power in 1933 to the surrender of the Japanese in 1945.
Author(s): Richard Panchyk, Senator John McCain

We highly recommend you to buy all paper or e-books in a legal way, for example, on Amazon. But sometimes it might be a need to dig deeper beyond the shiny book cover. Before making a purchase, you can visit resources like Library Genesis and download some world war 2 books mentioned below at your own risk. Once again, we do not host any illegal or copyrighted files, but simply give our visitors a choice and hope they will make a wise decision.

Please note that this booklist is not errorless. Some books are absolutely record-breakers according to Los Angeles Times, others are composed by unknown authors. On top of that, you can always find additional tutorials and courses on Coursera, Udemy or edX, for example. Are there any other relevant resources you could recommend? Leave a comment if you have any feedback on the list.