Below I’ll give you my selections for the best Warcraft books by a few categories. I will cover these and other great books more in depth later. 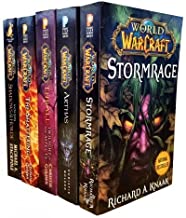 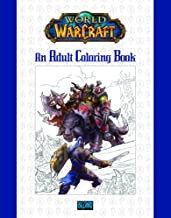 An epic volume of art and behind-the-scenes insights, The World of Warcraft: An Adult Coloring Book® celebrates the studio’s genesis by showcasing their artistry through more than 80 pieces of concept art, paintings, and sketches converted into this deluxe adult coloring book. These intricate images are inspired by the characters themselves, this coloring book has something for every World of Warcraft fan.
Author(s): Blizzard Entertainment 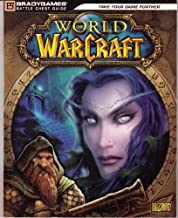 World of Warcraft: Rise of the Horde (Warcraft: Blizzard Legends) (2016) 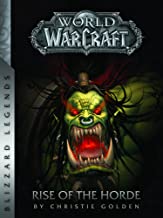 Though the young Warchief Thrall ended the demon curse that had plagued his people for generations, the orcs still wrestle with the sins of their bloody past.
Author(s): Christie Golden

A terrifying upheaval among the highest ranks of the world’s Wizards sends the maverick Mage, Rhonin, on a perilous journey into the Orc-controlled lands of Khaz Modan.
Author(s): Blizzard Entertainment, Richard A. Knaak

WarCraft: War of The Ancients Book one: The Well of Eternity (Blizzard Legends) (2017)

In the first chapter of this epic trilogy, the outcome of the historic War of the Ancients is forever altered by the arrival of three time-lost heroes: Krasus, the dragon mage whose great power and memories of the ancient conflict have inexplicably diminished; the human wizard Rhonin, whose thoughts are divided between his family and the seductive source of his now-growing power; and Broxigar, a weathered orc ve…
Author(s): Richard A. Knaak

In the mist-shrouded haze of the past, long before the beginning of recorded time, there stood the world of Azeroth. Every kind of magical being strode the countryside among the tribes of man, and all was at peace — until the arrival of the demons and horrors of the Burning Legion and their baneful Lord Sargeras, dark god of chaotic magic.
Author(s): Jeff Grubb 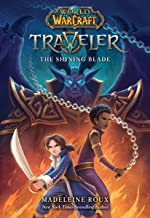 Aramar Thorne and Makasa Flintwill have borne their fair share of troubles. Ever since Aram’s father entrusted him with an enchanted compass, Aram and Makasa have traveled the extraordinary lands of Azeroth, seeking out the shards of a legendary weapon: the Diamond Blade. The truth behind the weapon, and the terrible doom it seeks to prevent, seems to have been lost at sea with Captain Greydon Thorne.
Author(s): Madeleine Roux

The night elf defenders, led by the young druid, Malfurion Stormrage, and the wizard, Krasus, fight a desperate battle to hold back the Legion’s terrible onslaught. Though only embers of hope remain, an ancient power has risen to aid the world in its darkest hour. The dragons — led by the powerful Aspect, Neltharion — have forged a weapon of incalculable power: the Dragon Soul, an artifact capable of driving the Legion from the world forever.
Author(s): Richard A. Knaak

In the mist-shrouded haze of the past, the world of Azeroth teemed with wondrous creatures of every kind. Mysterious Elves and hardy Dwarves walked among tribes of man in relative peace and harmony — until the arrival of the demonic army known as Burning Legion shattered the world’s tranquility forever.
Author(s): Richard A. Knaak 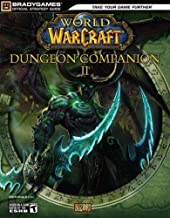 In his Black Temple, he conspires for revenge and control of Outland and Azeroth. You must take up the standard; the battle-plan waits within.   Discover the secrets of the Burning Crusade World Dungeons, Caerns of Time, Outdoor Boss Encounters, Karazhan, the Lairs, Serpentshrine Caverns, the Eye, Black Temple, and last of the 40-person raids–Naxxramas.   Every World Dungeon in Burning Crusade is revealed, with strategies for normal and Heroic modes.
Author(s): BradyGames

•  Azeroth is dying.The Horde and the Alliance defeated the demonic Burning Legion, but a dire catastrophe is unfolding deep below the surface of the world.
Author(s): Christie Golden

In the mist-shrouded haze of the past, the world of Azeroth teemed with wondrous creatures of every kind. Mysterious Elves and hardy Dwarves walked among tribes of Man in relative peace and harmony — until the arrival of the demonic army known as the Burning Legion shattered the world’s tranquility forever.
Author(s): Christie Golden

WarCraft: War of The Ancients # 3: The Sundering (Warcraft: Blizzard Legends) (2018)

In the final, apocalyptic chapter of this epic trilogy, the dragon-mage Krasus and the young druid Malfurion must risk everything to save Azeroth from utter destruction. Banding together the dwarves, tauren and furbolg races, the heroes hope to spark an alliance to stand against the might of the Burning Legion.
Author(s): Richard A. Knaak

Some of the world’s best manga creators join together to bring the world of Warcraft to life as never before. Between these covers lie tales of adventure, treachery, humor and bravery. Told from both Alliance and Horde point of view, these stories have entertained the likes of travelers, soldiers and thieves. They have endured the trials of time and have earned the title of legend.
Author(s): Christie Golden , Grace Randolph, et al.

Best Warcraft Books Worth Your Attention

We highly recommend you to buy all paper or e-books in a legal way, for example, on Amazon. But sometimes it might be a need to dig deeper beyond the shiny book cover. Before making a purchase, you can visit resources like Library Genesis and download some warcraft books mentioned below at your own risk. Once again, we do not host any illegal or copyrighted files, but simply give our visitors a choice and hope they will make a wise decision.

World of Warcraft: The Shattering

My Life as a Night Elf Priest: An Anthropological Account of World of Warcraft

Please note that this booklist is not absolute. Some books are really hot items according to USA Today, others are composed by unknown writers. On top of that, you can always find additional tutorials and courses on Coursera, Udemy or edX, for example. Are there any other relevant resources you could recommend? Drop a comment if you have any feedback on the list.