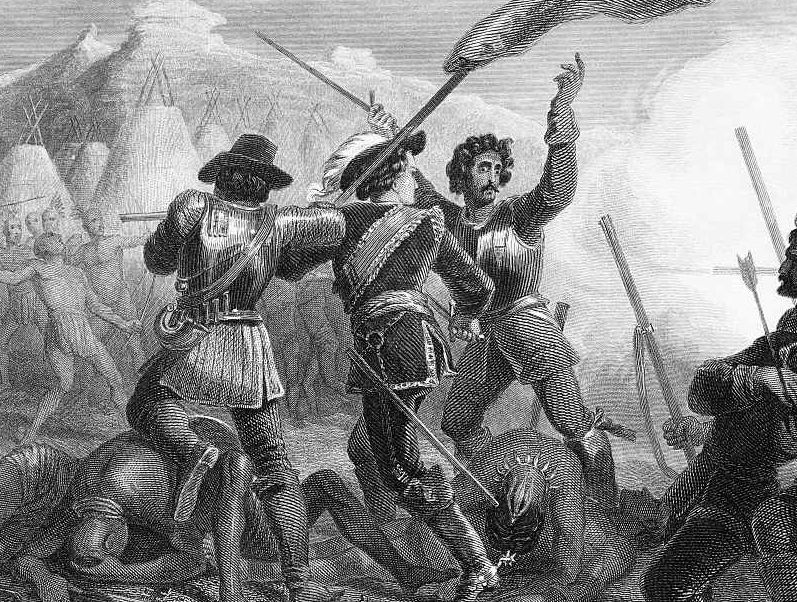 Our list of some of the best War History books & series in recent years. Get inspired by one or more of the following books.

The Forgotten 500: The Untold Story of the Men Who Risked All for the Greatest Rescue Mission of World War II (2008)

During a bombing campaign over Romanian oil fields, hundreds of American airmen were shot down in Nazi-occupied Yugoslavia. Local Serbian farmers and peasants risked their own lives to give refuge to the soldiers while they waited for rescue, and in 1944, Operation Halyard was born. The risks were incredible.
Author(s): Gregory A. Freeman

The Cambridge History of Warfare (2005)

A compelling subject, war is common to almost all known societies and almost all periods of history. The Cambridge History of Warfare is a comprehensive account of war in the West.
Author(s): Geoffrey Parker

Military History: The Definitive Visual Guide to the Objects of Warfare (2015)

Military History, now in paperback, is the ultimate guide to weapons, vehicles, hardware, and equipment of war throughout history. Military History is the definitive guide to the evolution of battlefield technology.
Author(s): DK

Ghost Wars: The Secret History of the CIA, Afghanistan, and Bin Laden, from the Soviet Invasion to September 10, 2001 (2004)

To what extent did America’s best intelligence analysts grasp the rising thread of Islamist radicalism? Who tried to stop bin Laden and why did they fail? Comprehensively and for the first time, Pulitzer Prize-winning journalist Steve Coll recounts the history of the covert wars in Afghanistan that fueled Islamic militancy and sowed the seeds of the September 11 attacks.
Author(s): Steve Coll

War and Genocide: A Concise History of the Holocaust (Critical Issues in World and International History) (2016)

In examining one of the defining events of the twentieth century, Doris L. Bergen situates the Holocaust in its historical, political, social, cultural, and military contexts.
Author(s): Doris L. Bergen

The acclaimed author and preeminent military historian John Keegan examines centuries of human conflict. From primitive man in the bronze age to the end of the cold war in the twentieth century, Keegan shows how armed conflict has been a primary preoccupation throughout the history of civilization and how deeply rooted its practice has become in our cultures. ”Keegan is at once the most readable and the most original of living military historians . . .
Author(s): John Keegan

History Wars: The Enola Gay and Other Battles for the American Past (1996)

From the “taming of the West” to the dropping of the atomic bomb on Hiroshima, the portrayal of the past has become a battleground at the heart of American politics. What kind of history Americans should read, see, or fund is no longer merely a matter of professional interest to teachers, historians, and museum curators. Everywhere now, history is increasingly being held hostage, but to what end and why?
Author(s): Edward T. Linenthal, Tom Engelhardt

The Teacher Wars: A History of America’s Most Embattled Profession (2015)

In The Teacher Wars, a rich, lively, and unprecedented history of public school teaching, Dana Goldstein reveals that teachers have been embattled for nearly two centuries.
Author(s): Dana Goldstein

The Allure of Battle: A History of How Wars Have Been Won and Lost (2019)

History has tended to measure war’s winners and losers in terms of its major engagements, battles in which the result was so clear-cut that they could be considered “decisive.” Marathon, Cannae, Tours, Agincourt, Austerlitz, Sedan, Stalingrad–all resonate in the literature of war and in our imaginations as tide-turning. But were they? As Cathal J. Nolan demonstrates in this magisterial and sweeping work, victory in major wars usually has been determined in other ways.
Author(s): Cathal J. Nolan

"This book is packed with really important information about the world's history.""I was surprised how much I learned from this. I really like how everything is laid out, it makes it very easy to follow.
Author(s): Adam Brown

Best War History Books that Should be on Your Bookshelf

We highly recommend you to buy all paper or e-books in a legal way, for example, on Amazon. But sometimes it might be a need to dig deeper beyond the shiny book cover. Before making a purchase, you can visit resources like Library Genesis and download some war history books mentioned below at your own risk. Once again, we do not host any illegal or copyrighted files, but simply give our visitors a choice and hope they will make a wise decision.

History of the Second World War

Navy SEALs: The Combat History of the Deadliest Warriors on the Planet

State of the Heart: Exploring the History, Science, and Future of Cardiac Disease

Please note that this booklist is not definite. Some books are really hot items according to The Wall Street Journal, others are composed by unknown authors. On top of that, you can always find additional tutorials and courses on Coursera, Udemy or edX, for example. Are there any other relevant links you could recommend? Leave a comment if you have any feedback on the list.