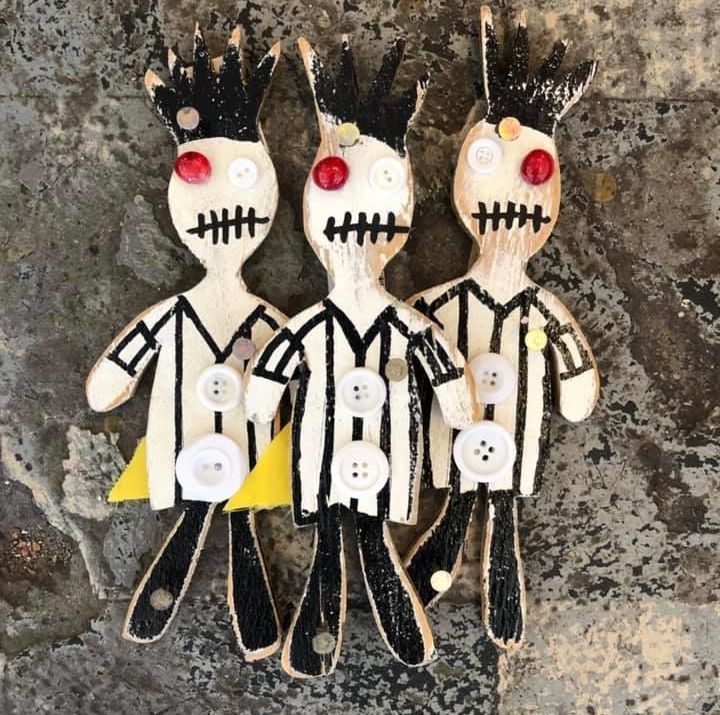 Until you’ve consumed all of the best Voodoo books, can you even claim to be a true fan?

“Voodoo Hoodoo” is the unique variety of Creole Voodoo found in New Orleans. The Voodoo Hoodoo Spellbook is a rich compendium of more than 300 authentic Voodoo and Hoodoo recipes, rituals, and spells for love, justice, gambling luck, prosperity, health, and success.Cultural psychologist and root worker Denise Alvarado, who grew up in New Orleans, draws from a lifetime of recipes and spells learned from family, friends, and local practitioners.
Author(s): Denise Alvarado, Doktor Snake

A guide to the practices, tools, and rituals of New Orleans Voodoo as well as the many cultural influences at its origins • Includes recipes for magical oils, instructions for candle workings, and directions to create gris-gris bags and Voodoo dolls to attract love, money, justice, and healing and for retribution • Explores the major figures of New Orleans Voodoo, including Marie Laveau and Dr.
Author(s): Kenaz Filan

Voodoo: The Secrets of Voodoo from Beginner to Expert ~ Everything You Need to Know about Voodoo Religion, Rituals, and Casting Spells (2016)

NEW Second Edition, Published September 14, 2016 Most people have heard of Voodoo before, but if you think it only has to do with sticking pins into cursed dolls for the purpose of inflicting pain onto your enemies, you couldn’t be further from the truth. Voodoo, or ‘Vodou’ as it is traditionally referred to, is a modern-day take on an ancient Haitian religion developed by African-Caribbean slave workers on island plantations during the period of French Slavery.
Author(s): Issendai Bechau 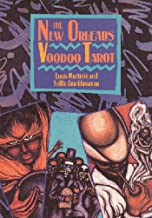 The first tarot to celebrate an African-American culture, this book and 79-card deck capture both the spirit and the imagery of Voodoo`s African, West Indian, and Catholic influences. Ancient and earth-honoring, Voodoo`s practices take on different forms specific to time and place, but its essence remains focused on the loa–the potent spiritual forces of Voodoo that are manifested directly through human beings and their actions.
Author(s): Louis Martinié, Sallie Ann Glassman

Haitian Vodou is a fascinating spiritual tradition rich with ceremonies and magic, songs and prayers, dances and fellowship. Yet outside of Haiti, next to no one understands this joyous and profound way of life.
Author(s): Mambo Chita Tann

The Voodoo Doll Spellbook: A Compendium of Ancient and Contemporary Spells and Rituals (2014) 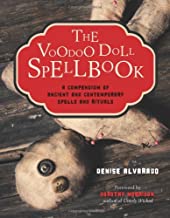 “Denise Alvarado is a true hoodoo mamba home girl who burned hi-octane conjure in New Orleans where she grew up, and on visits to relatives in the Mississippi bayous, where she was formally introduced to the Voodoo/hoodoo path. Called by the spirits and taught conjuration by family members, she was working the goofer from five years old. That’s some serious heat. Denise is no pretender. She’s for real.
Author(s): Denise Alvarado, Dorothy Morrison

Are you fascinated by the subject of voodoo?Did you know that it’s much more than it is portrayed in the media?Would you like to learn more about it?Voodoo holds a place in our psyche like few other religions or beliefs and is something that has been misunderstood by people through many generations.
Author(s): Joiner Siedlak, Monique

The Serpent and the Rainbow: A Harvard Scientist’s Astonishing Journey into the Secret Societies of Haitian Voodoo, Zombis, and Magic (1997)

A scientific investigation and personal adventure story about zombis and the voudoun culture of Haiti by a Harvard scientist.In April 1982, ethnobotanist Wade Davis arrived in Haiti to investigate two documented cases of zombis—people who had reappeared in Haitian society years after they had been officially declared dead and had been buried.
Author(s): Wade Davis

It has been a long time since the world was introduced to Voodoo – ever since the Atlantic slave trade brought the slaves out of Africa and in closer contact with the Western and European world.
Author(s): Riley Star 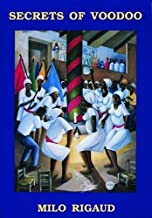 Secrets of Voodoo traces the development in Haiti and the Americas of this complex religion from its sources in the brilliant civilizations of ancient Africa.
Author(s): Milo Rigaud , Robert B. Cross, et al.

The spells within this book had never been seen by anyone except Marie Laveau herself for the longest timeuntil last year they were uncovered. It took almost a year, but finally everything was deciphered and translated from French and in some cases Latin.The first page in the book in which these spells were found had been dated 1895 and it had been signed by the Voodoo Queen herself, Marie Laveau (Clapion).
Author(s): Marie Laveau

Voodoo Science: The Road from Foolishness to Fraud (2001)

In a time of dazzling scientific progress, how can we separate genuine breakthroughs from the noisy gaggle of false claims? From Deepak Chopra’s “quantum alternative to growing old” to unwarranted hype surrounding the International Space Station, Robert Park leads us down the back alleys of fringe science, through the gleaming corridors of Washington power and even into our evolutionary past to search out the origins of voodoo science.
Author(s): Robert L. Park 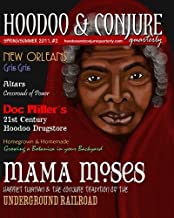 We highly recommend you to buy all paper or e-books in a legal way, for example, on Amazon. But sometimes it might be a need to dig deeper beyond the shiny book cover. Before making a purchase, you can visit resources like Library Genesis and download some voodoo books mentioned below at your own risk. Once again, we do not host any illegal or copyrighted files, but simply give our visitors a choice and hope they will make a wise decision.

The Magic of Marie Laveau: Embracing the Spiritual Legacy of the Voodoo Queen of New Orleans

Please note that this booklist is not absolute. Some books are really chart-busters according to Washington Post, others are written by unknown writers. On top of that, you can always find additional tutorials and courses on Coursera, Udemy or edX, for example. Are there any other relevant books you could recommend? Drop a comment if you have any feedback on the list.