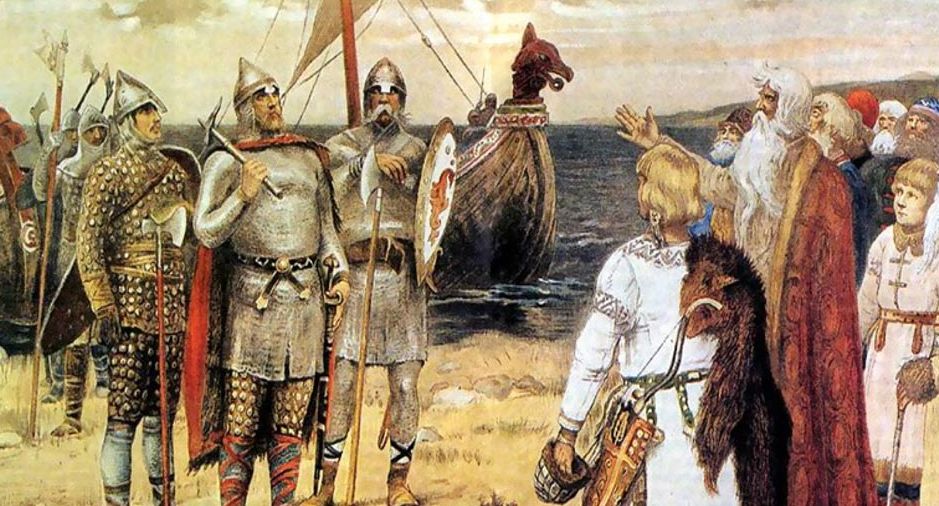 Below I’ll give you my selections for the best Viking History books by a few categories. I will cover these and other great books more in depth later.

The Oxford Illustrated History of the Vikings (2001)

With settlements stretching across a vast expanse and with legends of their exploits extending even farther, the Vikings were the most far-flung and feared people of their time. Yet the archaeological and historical records are so scant that the true nature of Viking civilization remains shrouded in mystery.In this richly illustrated volume, twelve leading scholars draw on the latest research and archaeological evidence to provide the clearest picture yet of this fabled people.
Author(s): Peter Sawyer

In AD 793 Norse warriors struck the English isle of Lindisfarne and laid waste to it. Wave after wave of Norse ‘sea-wolves’ followed in search of plunder, land, or a glorious death in battle. Much of the British Isles fell before their swords, and the continental capitals of Paris and Aachen were sacked in turn.
Author(s): Lars Brownworth

Saxons, Vikings, and Celts: The Genetic Roots of Britain and Ireland (2007)

From the best-selling author of The Seven Daughters of Eve, a perfect book for anyone interested in the genetic history of Britain, Ireland, and America. One of the world’s leading geneticists, Bryan Sykes has helped thousands find their ancestry in the British Isles.
Author(s): Bryan Sykes

The Vikings maintain their grip on our imagination, but their image is too often distorted by myth. It is true that they pillaged, looted, and enslaved. But they also settled peacefully and traveled far from their homelands in swift and sturdy ships to explore. The Age of the Vikings tells the full story of this exciting period in history.
Author(s): Anders Winroth

History of the Vikings: A Captivating Guide to the Viking Age and Feared Norse Seafarers Such as Ragnar Lothbrok, Ivar the Boneless, Egil Skallagrimsson, and More (2018)

The predominant modern image of the mighty Viking warriors has become that of the warmonger and marauding berserker. In popular culture, the Norsemen, portrayed as giant, sword-wielding men with flowing hair and bushy beards, have been reduced to a one-dimensional tribe of ruthless warriors, who cared little for the communities they attacked and plundered.
Author(s): Captivating History

Sons of Vikings: A Legendary History of the Viking Age (2018)

Sons of Vikings tells the story of the Viking Age (793-1066 A.D.) through the lives of extraordinary people. Each chapter is a biography of Ragnar Lothbrok, Ivar the Boneless, Bjorn Ironside, Rollo, Brian Boru, Erik the Red, Floki, Leif Erikson, Lagertha, Alfred, Rurik, Sviatoslav, William the Conqueror, and many other heroes and villains.
Author(s): Gray Rodgers, David, Kurt Noer

“An utterly splendid book, quite the most brilliantly written, balanced, and explanative general work on the Vikings ever to appear in English or in any language.”– Scandinavian StudiesThe subject of this book is the Viking realms, Denmark, Sweden, and Norway, their civilization and culture, and their many sided achievements at home and abroad.
Author(s): Gwyn Jones

An archaeologist goes beyond the Vikings’ bloody reputation to search for the truth, in a new and groundbreaking historyThe Vikings famously took no prisoners, relished cruel retribution, and prided themselves on their bloodthirsty skills as warriors. But their prowess in battle is only a small part of their story, which stretches from their Scandinavian origins to America in the West and as far as Baghdad in the East.
Author(s): Neil Oliver

From Harald Bluetooth to Cnut the Great, the feared seamen and plunderers of the Viking Age ruled Norway, Sweden, and Denmark but roamed as far as Byzantium, Greenland, and America.
Author(s): Robert Ferguson

Viking marauders in their longships burst through the defences of ninth-century Europe, striking terror into the hearts of peasants and rulers alike for two centuries. But the Vikings were more than just marine warriors and this atlas shows their development as traders and craftsmen, explorers, settlers and mercenaries.
Author(s): John Haywood

We highly recommend you to buy all paper or e-books in a legal way, for example, on Amazon. But sometimes it might be a need to dig deeper beyond the shiny book cover. Before making a purchase, you can visit resources like Library Genesis and download some viking history books mentioned below at your own risk. Once again, we do not host any illegal or copyrighted files, but simply give our visitors a choice and hope they will make a wise decision.

In the Shadow of the Gods: The Emperor in World History

Please note that this booklist is not final. Some books are truly record-breakers according to The Wall Street Journal, others are written by unknown writers. On top of that, you can always find additional tutorials and courses on Coursera, Udemy or edX, for example. Are there any other relevant links you could recommend? Drop a comment if you have any feedback on the list.