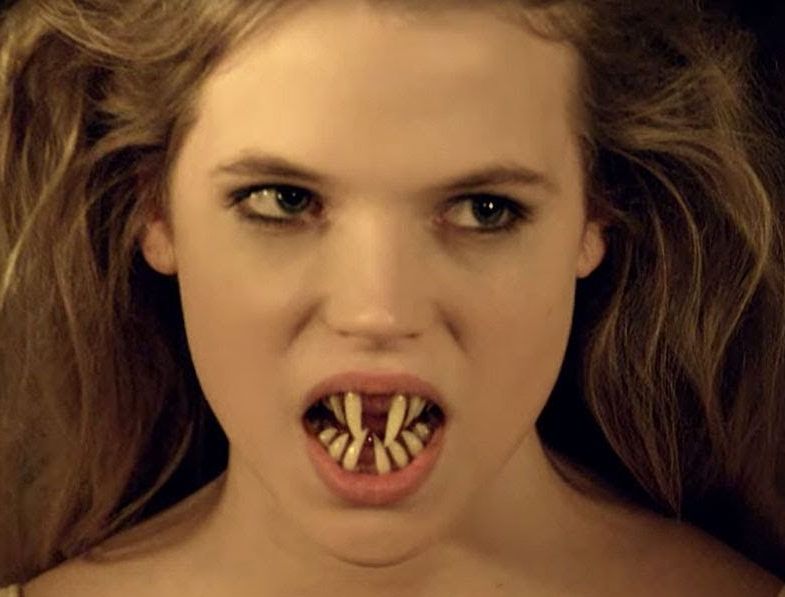 Until you’ve consumed all of the best Vampires books, can you even claim to be a true fan? Lissa Dragomir is a Moroi princess: a mortal vampire with an unbreakable bond to the earth’s magic. The powerful blend of human and vampire blood that flows through Rose Hathaway, Lissa’s best friend, makes her a Dhampir. Rose is dedicated to a dangerous life of protecting Lissa from the Strigoi, who are hell-bent on making her one of them.
Author(s): Richelle Mead

Immortal tales of the past and present from the world of Vampire Knight.Vampire Knight returns with stories that delve into Yuki and Zero’s time as a couple in the past and explore the relationship between Yuki’s children and Kaname in the present. These are the stories of what happened during the 1,000 years of Kaname’s slumber and the start of his human life. Yuki and Zero have decided to become a couple.
Author(s): Matsuri Hino

Continue the seat-gripping journey in Book 3 of Season 10.Buy now.*Beware of spoilers in the reviews below that are without spoiler alerts*
Author(s): Bella Forrest

New Orleans has a reputation as a home for creatures of the night. Popular books, movies and television shows have cemented the city’s connection to vampires in public imagination. In the early days of Louisiana’s colonization, rumors swirled about the fate of the Casket Girls, a group of mysterious maidens traveling to the New World from France with peculiar casket-shaped boxes.
Author(s): Marita Woywod Crandle

The Penguin Book of Vampire Stories (1989)

They’re lurking under the cover of darkness … and between the covers of this book. Here, in all their horror and all their glory, are the great vampires of literature: male and female, invisible and metamorphic, doomed and daring.Their skin deathly pale, their nails curved like claws, their fangs sharpened for the attack, they are gathered for the kill and for the chill, brought frighteningly to life by Bram Stoker, Fritz Leiber, Richard Matheson, Robert Bloch, Charles L.
Author(s): Alan Ryan 12,090 A.D. It is a dark time for the world. Humanity is just crawling out from under three hundred years of domination by the race of vampires known as the Nobility. The war against the vampires has taken its toll; cities lie in ruin, the countryside is fragmented into small villages and fiefdoms that still struggle against nightly raids by the fallen vampires-and the remnants of their genetically manufactured demons and werewolves.
Author(s): Hideyuki Kikuchi , Yoshitaka Amano , et al.

The story that kicked off the international #1 bestselling Vampire Academy series is NOW A MAJOR MOTION PICTURE! St. Vladimir’s Academy isn’t just any boarding school—it’s a hidden place where vampires are educated in the ways of magic and half-human teens train to protect them. Rose Hathaway is a Dhampir, a bodyguard for her best friend Lissa, a Moroi Vampire Princess. They’ve been on the run, but now they’re being dragged back to St.
Author(s): Richelle Mead Rose loves Dimitri, Dimitri might love Tasha, and Mason would die to be with Rose…It’s winter break at St. Vladimir’s, but Rose is feeling anything but festive. A massive Strigoi attack has put the school on high alert, and now the Academy’s crawling with Guardians—including Rose’s hard-hitting mother, Janine Hathaway.
Author(s): Richelle Mead Among the complications are that no less than three other groups, each with their own agenda, are headed for the Duke themselvesand D’s supposed to hang back from striking until his target has eliminated all three! The question is, will the Duke oblige the terms of the contract–or does he actually want to be destroyed?
Author(s): Hideyuki Kikuchi

Welcome to Camp Mwhaaa-haa-ha-a-watha!This summer is going to be epic. Epically evil, that is. ‘Cause I’m going to Evil Scientist Summer Camp! No annoying little brothers. No annoying zombie goldfish. Just me, my best friend Sanj, our notebook of evil plans, and my truly evil (and totally forbidden) vampire kitten Fang. We’ve got it all planned out.
Author(s): Mo O’Hara, Marek Jagucki

Growing up, my father always told me that I’d come to a bad end, just like my mom did when I was a kid. Hearing that kind of stuff when you’re little eventually gets to a girl, but I can’t say I ever expected my ‘bad end’ to involve an angry vampire with a severe case of iron deficiency and a panty-melting English accent.Maybe I shouldn’t be surprised.
Author(s): R. A. Steffan, Jaelynn Woolf

We highly recommend you to buy all paper or e-books in a legal way, for example, on Amazon. But sometimes it might be a need to dig deeper beyond the shiny book cover. Before making a purchase, you can visit resources like Library Genesis and download some vampires books mentioned below at your own risk. Once again, we do not host any illegal or copyrighted files, but simply give our visitors a choice and hope they will make a wise decision.

From Vultures to Vampires: 25 Years of Copyright Chaos and Technology Triumphs, Volume One: 1995–2004

The Construction of the Supernatural in Euro-American Cultures: Something Nice about Vampires

Please note that this booklist is not absolute. Some books are absolutely hot items according to Chicago Tribune, others are composed by unknown writers. On top of that, you can always find additional tutorials and courses on Coursera, Udemy or edX, for example. Are there any other relevant resources you could recommend? Drop a comment if you have any feedback on the list.