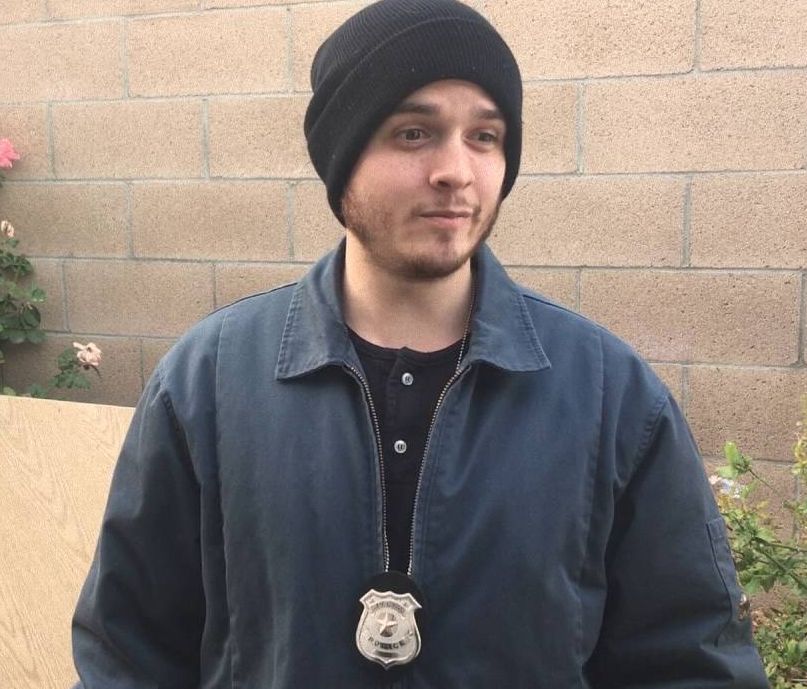 Until you’ve consumed all of the best Undercover Cop books, can you even claim to be a true fan?

Cop Without a Badge: The Extraordinary Undercover Life of Kevin Maher (2009)

Cop Without a Badge tracks confidential informant Kevin Maher as he helps the NYPD, the FBI, and many other law enforcement agencies solve cases that range from robbery to extortion to homicide. In the process, Kevin becomes the highest paid CI the DEA ever had. But Kevin’s motives are more complicated than simply money.
Author(s): Charles Kipps

Bones on the Beach: Mafia, Murder, and the True Story of an Undercover Cop Who Went Under the Covers with a Wiseguy (2010)

She was a married organized crime detective. He was the Mafia wiseguy she was trailing. Their affair would shake the very foundation of Miami’s criminal underworld-and end in murder.
Author(s): Peter Davidson

One look into Jacob Sawyer’s eyes, and it was over for me. Richmond’s toughest detective. Intimidating. Tall. A knockout alpha. In his presence, I felt self-confident and loved. What I’d been looking for all these years, I’d found in him. Everything was picture-perfect… until the night I told him we’d be better off as friends. The genuine heartbreak on his face. The slam of the door as he left. Furious. Forever. Almost 3 years later, a letter arrives. A threat.
Author(s): Jenny Foster, Jolie Day

If you love Jennifer Ryan or Maisey Yates, you won’t want to miss this Twilight, Texas novella from Lori Wilde!Allie Grainger appreciated eye candy as much as the next gal, but she never expected to be rescued by it!
Author(s): Lori Wilde

Catching Hell: A True Story of Abandonment and Betrayal (2018)

Four days on the job Jay Dobyns was shot point-blank in the back by a criminal suspect. The bullet travelled through his lung and exited his chest. For the next twenty-seven years, he accepted every dirty and dangerous undercover assignment possible. Some days he succeeded, on others he failed, but all he ever wanted to do was to defend and protect people who couldn’t, or wouldn’t, do that for themselves.Death threats mounted from street criminals and he was again shot in the back.
Author(s): Jay Dobyns

A dangerous undercover assignment…Another exciting True Blue K-9 Unit thrillerTo take down a serial bomber, NYPD K-9 officers Brianne Hayes and Gavin Sutherland must go undercover—as a married couple. But now the bomber is targeting them to halt the investigation. As the clock ticks down, can Brianne, Gavin and their K-9 partners find the culprit in time to save the city—and their own lives?
Author(s): Lenora Worth

Black Klansman: Race, Hate, and the Undercover Investigation of a Lifetime (2018)

When detective Ron Stallworth, the first black detective in the history of the Colorado Springs Police Department, comes across a classified ad in the local paper asking for all those interested in joining the Ku Klux Klan to contact a P.O. box, Detective Stallworth does his job and responds with interest, using his real name while posing as a white man. He figures he’ll receive a few brochures in the mail, maybe even a magazine, and learn more about a growing terrorist threat in his community.
Author(s): Ron Stallworth

No Angel: My Harrowing Undercover Journey to the Inner Circle of the Hells Angels (2010)

Getting shot in the chest as a rookie agent, bartering for machine guns, throttling down the highway at 100 mph, and responding to a full-scale, bloody riot between the Hells Angels and their rivals, the Mongols—these are just a few of the high-adrenaline experiences Dobyns recounts in this action-packed, hard-to-imagine-but-true story. Dobyns leaves no stone of his harrowing journey unturned.
Author(s): Jay Dobyns, Nils Johnson-Shelton

Danger is hiding in the hot Miami night…Much to their mutual annoyance, FBI agent Jacob Wolff and Miami detective Jasmine Adair discover they’re both undercover to bust a notorious organized crime group. But amid a glamorous South Beach nightclub opening, their key informant is killed, leaving Jacob and Jasmine the dangerous job of infiltrating the ring. With desire igniting between them, can they set aside their distrust and work together to bring down the brutal mobsters
Author(s): Heather Graham

Under and Alone: The True Story of the Undercover Agent Who Infiltrated America’s Most Violent Outlaw Motorcycle Gang (2006)

In 1998, William Queen was a veteran law enforcement agent with a lifelong love of motorcycles and a lack of patience with paperwork.
Author(s): William Queen

Will the truth finally be revealed?An Undercover Justice romance…Undercover detective Rush Atkinson has finally infiltrated the crew of Jesse Garibaldi, the man suspected of killing his father years ago.
Author(s): Di Lorenzo, Melinda

Best Undercover Cop Books That Will Hook You

We highly recommend you to buy all paper or e-books in a legal way, for example, on Amazon. But sometimes it might be a need to dig deeper beyond the shiny book cover. Before making a purchase, you can visit resources like Library Genesis and download some undercover cop books mentioned below at your own risk. Once again, we do not host any illegal or copyrighted files, but simply give our visitors a choice and hope they will make a wise decision.

Drugs, Guns & Lies: My life as an undercover cop

Undercover: the explosive story of one cop's war on Britain's most notorious drugs gangs

Please note that this booklist is not absolute. Some books are really hot items according to The Wall Street Journal, others are composed by unknown authors. On top of that, you can always find additional tutorials and courses on Coursera, Udemy or edX, for example. Are there any other relevant resources you could recommend? Drop a comment if you have any feedback on the list.