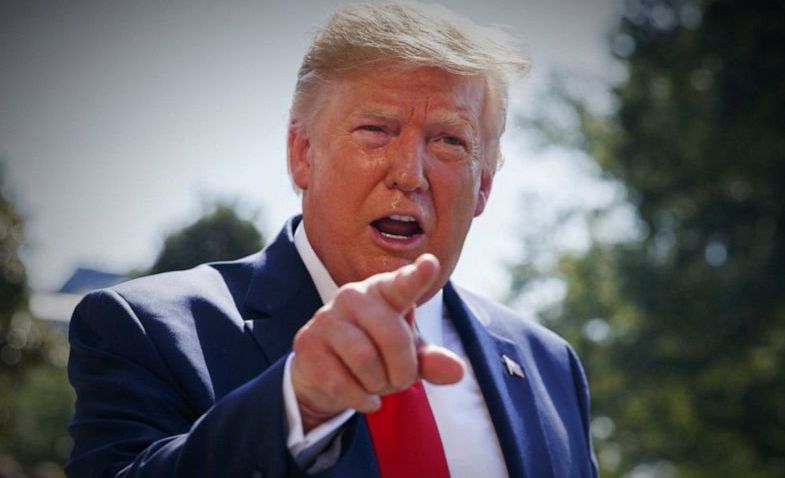 Our list of some of the best Trump books & series in recent years. Get inspired by one or more of the following books.

“I like thinking big. I always have. To me it’s very simple: If you’re going to be thinking anyway, you might as well think big.”—Donald J. TrumpHere is Trump in action—how he runs his organization and how he runs his life—as he meets the people he needs to meet, chats with family and friends, clashes with enemies, and challenges conventional thinking. But even a maverick plays by rules, and Trump has formulated time-tested guidelines for success.
Author(s): Donald J. Trump, Tony Schwartz

With authoritative reporting honed through nine presidencies, author Bob Woodward reveals in unprecedented detail the harrowing life inside President Donald Trump’s White House and precisely how he makes decisions on major foreign and domestic policies. Fear is the most intimate portrait of a sitting president ever published during the president’s first years in office.
Author(s): Bob Woodward

Everything Trump Touches Dies: A Republican Strategist Gets Real About the Worst President Ever (2019)

In the #1 New York Times bestselling Everything Trump Touches Dies, political campaign strategist and commentator Rick Wilson delivers “a searingly honest, bitingly funny, comprehensive answer to the question we find ourselves asking most mornings: ‘What the hell is going on?’ (Chicago Tribune).
Author(s): Rick Wilson

The Trump Prophecies: The Astonishing True Story of the Man Who Saw Tomorrow… and What He Says Is Coming Next (2017)

In November of 2016, the world witnessed the impossible. Nearly every household in America was tuned in to the election feeds, and every update pointed to a loss for the Republican Party. But when the map of the states flipped red in the final hour, there were a select few who weren’t surprised. They had always known Trump was going to win. He was chosen for such a time as this. The prophecy had said so.
Author(s): Mark Taylor

House of Trump, House of Putin: The Untold Story of Donald Trump and the Russian Mafia (2019)

House of Trump, House of Putin offers the first comprehensive investigation into the decades-long relationship among Donald Trump, Vladimir Putin, and the Russian Mafia that ultimately helped win Trump the White House. It is a chilling story that begins in the 1970s, when Trump made his first splash in the booming, money-drenched world of New York real estate, and ends with Trump’s inauguration as president of the United States.
Author(s): Craig Unger

In The Case for Trump, award-winning historian and political commentator Victor Davis Hanson explains how a celebrity businessman with no political or military experience triumphed over sixteen well-qualified Republican rivals, a Democrat with a quarter-billion-dollar war chest, and a hostile media and Washington establishment to become president of the United States — and an extremely successful president.Trump alone saw a political opportunity in defending the working people of America’s inte…
Author(s): Victor Davis Hanson

The Truth Behind Trump Derangement Syndrome: “There is more than meets the eye” (2018)

Many people are scratching their heads wondering why the Democrats are not realizing that they lost the 2016 election and are not just moving on. Why such a hatred for President Trump? Why is the majority of the mainstream media twisting stories to put this president down and not reporting the truth even for the sake of their fellow Americans?
Author(s): John L Fraser

This book is full of blank pages. Despite years of research, we could not find anything to say on this subject, so please feel free to use this book for notes.
Author(s): David King

Deconstructing Trump: The Trump Phenomenon Through the Lens of Quotation History (2019)

If history’s greatest thinkers, writers, and political leaders were around today, what would they say about Donald Trump? Happily for us, they’ve said amazing things on this very subject, often in prescient and compelling ways.
Author(s): Grothe

The Trump Prophecies: The Astonishing True Story of the Man Who Saw Tomorrow…and What He Says Is Coming Next: UPDATED AND EXPANDED (2019)

In November of 2016, the world witnessed the impossible. Nearly every household in America was tuned in to the election feeds, and every update pointed to a loss for the Republican Party. But when the map of the states flipped red in the final hour, there were a select few who weren’t surprised. They had always known Trump was going to win. He was chosen for such a time as this. The prophecy had said so. This prophet, this reserved man of God, was retired firefighter Mark Taylor.
Author(s): Mark Taylor 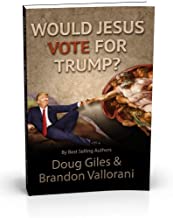 No doubt many, especially on The Left and the NeverTrumpkins who claim Christ, probably just spit out their double chocolaty chip crème frappuccino over the mere posing of that question, but best-selling authors, Doug Giles and Brandon Vallorani, wanted to know if Trump and his policies reflected Jesus and His teachings. What you’re about to read is their findings on Trump’s governance and how it squares with Matthew, Mark, Luke, and John.
Author(s): Brandon Vallorani, Doug Giles

Pulitzer Prize-winning investigative journalist David Cay Johnston, who had spent thirty years chronicling Donald Trump for the New York Times and other leading newspapers, takes readers from the origins of the Trump family fortune—his grandfather’s Yukon bordellos during the Gold Rush—to his tumultuous gambling and real estate dealings in New York and Atlantic City, all the way to his election as…
Author(s): David Cay Johnston

Michael Douglas Reveals How Good a Golfer Donald Trump Is

Best Trump Books You Must Read

We highly recommend you to buy all paper or e-books in a legal way, for example, on Amazon. But sometimes it might be a need to dig deeper beyond the shiny book cover. Before making a purchase, you can visit resources like Library Genesis and download some trump books mentioned below at your own risk. Once again, we do not host any illegal or copyrighted files, but simply give our visitors a choice and hope they will make a wise decision.

The Method to the Madness: Donald Trump’s Ascent as Told by Those Who Were Hired, Fired, Inspired—nd Inaugurated

The Case Against Impeaching Trump

Triggered: How the Left Thrives on Hate and Wants to Silence Us

Please note that this booklist is not absolute. Some books are truly chart-busters according to Los Angeles Times, others are drafted by unknown authors. On top of that, you can always find additional tutorials and courses on Coursera, Udemy or edX, for example. Are there any other relevant books you could recommend? Leave a comment if you have any feedback on the list.