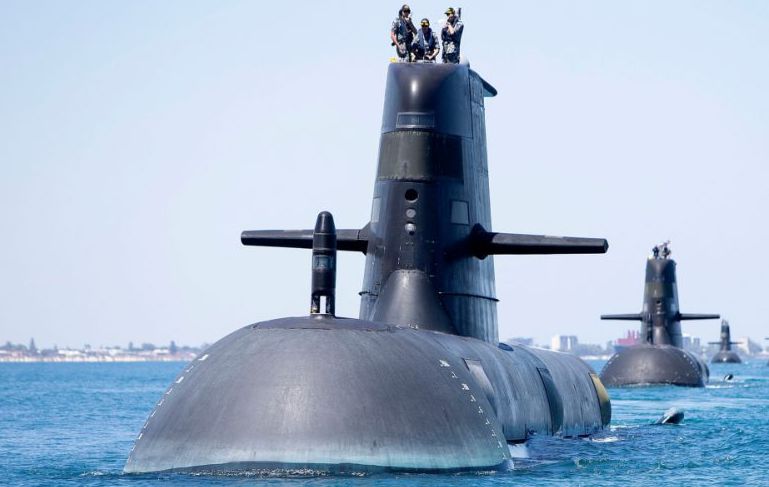 Looking for the best Submarine books? Browse our list to find excellent book recommendations on the subject. 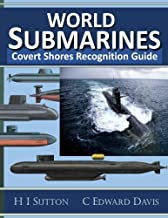 The essential guide to the world’s submarines, this Covert Shores recognition guide has over 80 full color profiles profile drawings of the submarines in service with the world’s navies. These include many submarines which are not widely known of, let alone covered in other books.
Author(s): H I Sutton, C Edward Davis

Blind Man’s Bluff is an exciting, epic story of adventure, ingenuity, courage, and disaster beneath the sea. This New York Times bestseller reveals previously unknown dramas, such as: A magnificent achievement in investigative reporting, Blind Man’s Bluff reads like a spy thriller, but with one important difference-everything in it is true.
Author(s): Sherry Sontag , Christopher Drew , et al. 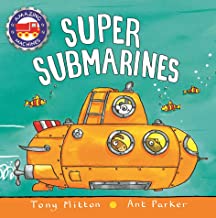 Explore an underwater world with Rabbit, Bird, and Mouse in this marine adventure all about submarines. Zippy wordplay, zappy art, plus a visual dictionary, make this title a must have for bookshelves everywhere. Available for the first time in paperback, this book is filled with lively rhyming text by the award-winning poet Tony Mitton that perfectly complements Ant Parker’s bold, bright illustrations.
Author(s): Tony Mitton, Ant Parker

Sink ’Em All, was originally published in 1951 by Vice Admiral Charles A. Lockwood, the U.S. Navy commander of the Pacific submarine fleet during World War II. Lockwood, in his leadership role, knew the skippers and crews of the submarines, and retells their wartime successes and tragedies with an intimacy and realism often missing in second-hand accounts.
Author(s): Charles A. Lockwood

Only the author of The Hunt for Red October could capture the reality of life aboard a nuclear submarine. Only a writer of Mr. Clancy’s magnitude could obtain security clearance for information, diagrams, and photographs never before available to the public. Now, every civilian can enter this top secret worldthe weapons, the procedures, the people themselvesthe startling facts behind the fiction that made Tom Clancy a #1 bestselling author.
Author(s): Tom Clancy, John Gresham

The USS Seawolf was one of the greatest submarine raiders of all time. Having narrowly avoided the attack on Pearl Harbor the Seawolf set out for the seas of the Pacific to wreak havoc on Japanese shipping. Joseph Melvin Eckberg was on the Seawolf from her maiden voyage and remained with her until January 1943. As chief radioman he was instrumental in assisting Captain Frederick Warder to find and destroy enemy targets.
Author(s): Gerold Frank , James D. Horan, et al. 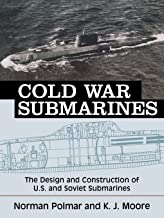 Submarines had a vital, if often unheralded, role in the superpower navies during the Cold War. Their crews carried out intelligence-collection operations, sought out and stood ready to destroy opposing submarines, and, from the early 1960s, threatened missile attacks on their adversary’s homeland, providing in many respects the most survivable nuclear deterrent of the Cold War.
Author(s): Norman Polmar, K. J. Moore 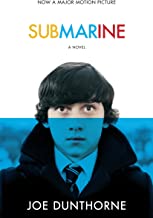 At once a self-styled social scientist, a spy in the baffling adult world, and a budding, hormone-driven emotional explorer, Oliver Tate is stealthily nosing his way forward through the murky and uniquely perilous waters of adolescence. His objectives? Uncovering the secrets behind his parents’ teetering marriage, unraveling the mystery that is his alluring and equally quirky classmate Jordana Bevan, and understanding where he fits in among the mystifying beings in his orbit.
Author(s): Joe Dunthorne

Stalking the Red Bear: The True Story of a U.S. Cold War Submarine’s Covert Operations Against the Soviet Union (2010)

Stalking the Red Bear, for the first time ever, describes the action principally from the perspective of a commanding officer of a nuclear submarine during the Cold War — the one man aboard a sub who makes the critical decisions — taking readers closer to the Soviet target than any work on submarine espionage has ever done before.
Author(s): Peter Sasgen 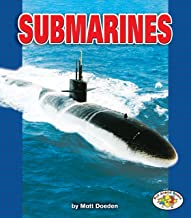 How do submarines sink and float? What do submarines do underwater? Looking at features from the top of the periscope to the end of the torpedo tubes, this book uncovers how and why submarines work miles under the surface of the ocean.
Author(s): Matt Doeden

In the turquoise waters of the Caribbean, something lethal is on the move. Scuba divers travel from all over the world to visit the little island of Bonaire, with its crystal-clear waters and a host of beautiful marine life.
Author(s): Nick Sullivan 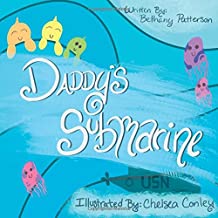 This book shows how the engineering and architectural aspects of submarine design relate to each other, and describes the operational performance required of a vessel. The authors explain concepts of hydrodynamics, structure, powering and dynamics, in addition to architectural considerations that bear on the submarine design process.
Author(s): Roy Burcher

They stole his future. He stole their submarine.Now he must do one thing……and it may get him killed.When Jake awoke aboard the ballistic missile submarine, USS Colorado, the puddle of blood was his own. The injury was severe, but it wasn’t what ruined his career.The rescue effort did.His next move may be the only one left.Thrown to the wolves to cover up an officer’s secret, Jake won’t be their sacrificial lamb.
Author(s): John R. Monteith

Best Submarine Books You Must Read

We highly recommend you to buy all paper or e-books in a legal way, for example, on Amazon. But sometimes it might be a need to dig deeper beyond the shiny book cover. Before making a purchase, you can visit resources like Library Genesis and download some submarine books mentioned below at your own risk. Once again, we do not host any illegal or copyrighted files, but simply give our visitors a choice and hope they will make a wise decision.

Sub Culture: The Many Lives of the Submarine

Please note that this booklist is not final. Some books are really chart-busters according to Washington Post, others are drafted by unknown authors. On top of that, you can always find additional tutorials and courses on Coursera, Udemy or edX, for example. Are there any other relevant links you could recommend? Drop a comment if you have any feedback on the list.