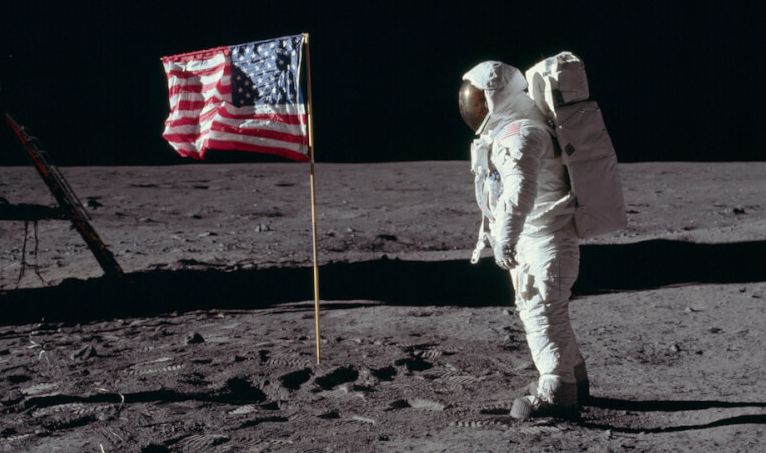 Below I’ll give you my selections for the best Space Exploration books by a few categories. I will cover these and other great books more in depth later.

Space 2.0: How Private Spaceflight, a Resurgent NASA, and International Partners are Creating a New Space Age (2019)

More than a half-century ago, humanity first hurled objects into space, and almost 50 years ago, astronauts first walked on the moon.
Author(s): Rod Pyle, Buzz Aldrin

DK Eyewitness Books: Space Exploration: Blast into Space and Hitch a Ride on the Earliest Rockets and the Latest Probes (2014)

Discover the secrets of space and humankind’s quest to learn about our universe.An informative guide to the mysteries beyond Earth and its atmosphere, Space Exploration takes young readers on a journey through the solar system and highlights advancements in space technology.
Author(s): Carole Stott

The Penguin Book of Outer Space Exploration: NASA and the Incredible Story of Human Spaceflight (2018)

“An extremely useful and thought provoking documentary journey through the maze of space history. There is no wiser or more experienced navigator through the twists and turns and ups and downs than John Logsdon.”  Among all the technological accomplishments of the last century, none has captured our imagination more deeply than the movement of humans into outer space.
Author(s): John Logsdon, Bill Nye

Spaceflight is one of the greatest human achievements of the twentieth century. The Soviets launched Sputnik, the first satellite, in 1957; less than twelve years later, the American Apollo astronauts landed on the Moon.
Author(s): Michael J. Neufeld

The United States is ready to make a triumphant return to the moon, striking out boldly into the solar system in an attempt to regain the confidence of the heady days of the Apollo program.
Author(s): David L. Golemon

Mission to Mars: My Vision for Space Exploration (2015)

Can astronauts reach Mars by 2035? Absolutely, says Buzz Aldrin, one of the first men to walk on the moon. Celebrated astronaut, brilliant engineer, bestselling author, Aldrin believes it is not only possibly but vital to America’s future to keep pushing the space frontier outward for the sake of exploration, science, development, commerce, and security. What we need, he argues, is a commitment by the U.S.
Author(s): Buzz Aldrin , Leonard David, et al.

Endurance: My Year in Space, A Lifetime of Discovery (2018)

The veteran of four space flights and the American record holder for consecutive days spent in space, Scott Kelly has experienced things very few have. Now, he takes us inside a sphere utterly hostile to human life.
Author(s): Scott Kelly

Moon Hunters: NASA’s Remarkable Expeditions to the Ends of the Solar Systems (2001)

A look at the scientists who design and fly the spacecraft exploring the outer reaches of the solar system discusses unmanned missions to Jupiter, Saturn, and Neptune. #2,921,450 in Books (See Top 100 in Books) #178 in Solar System (Books) #1660 in Astronautics & Space Flight #2612 in Cosmology (Books) Would you like to ?If you are a seller for this product, would you like to ?
Author(s): Jeffrey Kluger

From the best-selling and compelling Basher, comes a book that shines its light into out-of-this-world beings who make the universe tick.
Author(s): Simon Basher

In Space Enterprise – Living and Working Offworld, Dr Philip Harris provides the vision and rationale as to why humanity is leaving its cradle, Earth, to use space resources, as well as pursuing lunar industrialization and establishing offworld settlements. As a management/space psychologist, Dr.
Author(s): Phillip Harris

The Illustrated Encyclopedia of Space & Space Exploration: Discovering the Secrets of the Universe (2016)

The Cosmos is a vast and fascinating subject. From the creation of the Solar System to the Moon landings, from the chances of life on other planets to how stars shine, The Illustrated Encyclopedia of Space & Space Exploration investigates the Cosmos and humankind’s efforts to understand it. Every spread is filled with artworks and photographs, data tables and explanations of the workings of the stars and planets, moons, astronauts, rockets and satellites.
Author(s): Giles Sparrow , Judith John, et al.

War in Space: The Science and Technology Behind Our Next Theater of Conflict (Springer Praxis Books) (2018)

With the recent influx of spaceflight and satellite launches, the region of outer space has become saturated with vital technology used for communication and surveillance and the functioning of business and government. But what would happen if these capabilities were disrupted or even destroyed? How would we react if faced with a full-scale blackout of satellite communications?
Author(s): Linda Dawson

From Cave Man to Cave Martian: Living in Caves on the Earth, Moon and Mars (Springer Praxis Books) (2019)

This book explores the practicality of using the existing subsurface geology on the Moon and Mars for protection against radiation, thermal extremes, micrometeorites and dust storms rather than building surface habitats at great expense at least for those first few missions.
Author(s): von Ehrenfried, Manfred “Dutch”

The manned mission is seen as a first step towards a Mars surface exploration base-station and, later, a permanent settlement. This timely book covers all the aspects of possible means of energy and resources utilization on the Mars surface. Would you like to ?If you are a seller for this product, would you like to ?
Author(s): Viorel Badescu

We highly recommend you to buy all paper or e-books in a legal way, for example, on Amazon. But sometimes it might be a need to dig deeper beyond the shiny book cover. Before making a purchase, you can visit resources like Library Genesis and download some space exploration books mentioned below at your own risk. Once again, we do not host any illegal or copyrighted files, but simply give our visitors a choice and hope they will make a wise decision.

Please note that this booklist is not definite. Some books are absolutely record-breakers according to The New York Times, others are composed by unknown writers. On top of that, you can always find additional tutorials and courses on Coursera, Udemy or edX, for example. Are there any other relevant links you could recommend? Leave a comment if you have any feedback on the list.