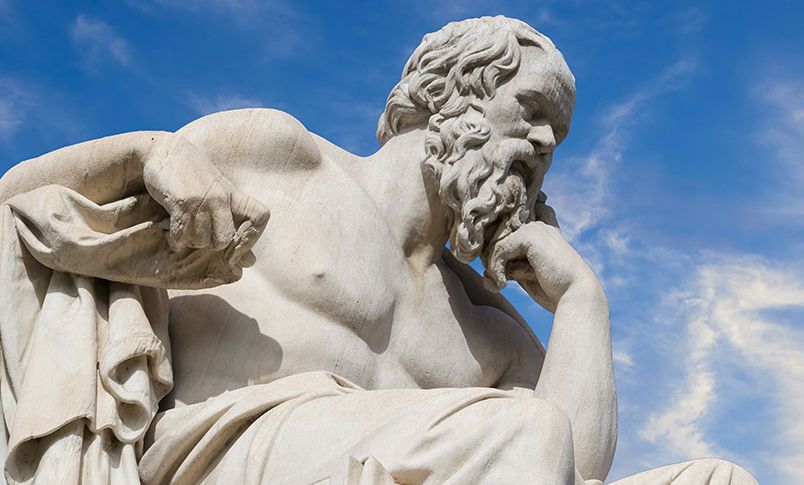 Below I’ll give you my selections for the best Socrates books by a few categories. I will cover these and other great books more in depth later.

Updated 3rd Edition – With Added Content! Get it Now Before the Price Increases! Socrates is perhaps the most celebrated of all ancient philosophers. Credited as a founder father of Western philosophy, he is well known for his dialogues with his students and for thinking in terms of ethics and morals.
Author(s): William Hackett

The trial and death of Socrates (469-399 BCE) have almost as central a place in Western consciousness as the trial and death of Jesus. In four superb dialogues, Plato provides the classic account. Euthyphro finds Socrates outside the court-house, debating the nature of piety, while the Apology is his robust rebuttal of the charges of impiety and a defence of the philosopher’s life.
Author(s): Plato , Harold Tarrant, et al.

The third edition of The Trial and Death of Socrates presents G. M. A. Grube’s distinguished translations, as revised by John Cooper for Plato, Complete Works. A number of new or expanded footnotes are also included along with a Select Bibliography.
Author(s): Plato , John M. Cooper, et al.

After the execution of Socrates in 399 BC, a number of his followers wrote dialogues featuring him as the protagonist and, in so doing, transformed the great philosopher into a legendary figure.
Author(s): Xenophon , Robin H. Waterfield, et al.

“Socrates. The Little Black Book,” contains 142 quotes from Socrates. It’s a peek into the mind of genius, so prepare for the possibility of surprise. In the days of old, the little black book was a means to get you things you wanted; it was your secret to certain forms of taboo success. In modern society, we know that knowledge and wisdom will get you farther in life than the phone numbers of secret lovers.
Author(s): S. C. Hollister

Lampooned in 406 B.C.E. in a blistering Aristophanic satire, Socrates was tried in 399 B.C.E. on a charge of corrupting the youth, convicted by a jury of about five hundred of his peers, and condemned to death. Glimpsed today through the extant writings of his contemporaries and near-contemporaries, he remains for us as compelling, enigmatic, and elusive a figure as Jesus or Buddha.
Author(s): Plato, Aristophanes , et al. 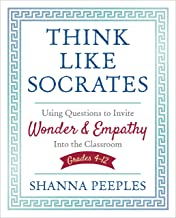 "One of the best Professional Development books of all time" – BookAuthoritySocrates believed in the power of questions rather than lecturing his students. But how did we get so far away from his method of inquiry? Shanna Peeples, 2015 National Teacher of the Year, will show you how teachers can create an engaging atmosphere that encourages student questions and honors their experiences.
Author(s): Shanna Peeples

Think with Socrates: An Introduction to Critical Thinking (2014) 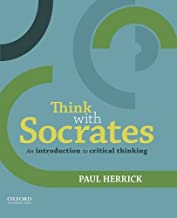 Brief yet comprehensive, Think with Socrates: An Introduction to Critical Thinking uses the methods, ideas, and life of Socrates as a model for critical thinking. It offers a more philosophical, historical, and accessible introduction than longer textbooks while still addressing all of the key topics in logic and argumentation.
Author(s): Paul Herrick

In his highly acclaimed style, historian Paul Johnson masterfully disentangles centuries of scarce sources to offer a riveting account of Socrates, who is often hailed as the most important thinker of all time.
Author(s): Paul Johnson

Widely adopted for classroom use, this book offers translations of four major works of ancient Greek literature which treat the life and thought of Socrates, focusing particularly on his trial and defense (three dialogues by Plato: Euthyphro, Apology of Socrates, and Crito) and on the charges against Socrates (Aristophanes’ comedy Clouds).This is the only collection of the three Platonic dialogues that also includes Clouds, a work that is fundamental for understanding the