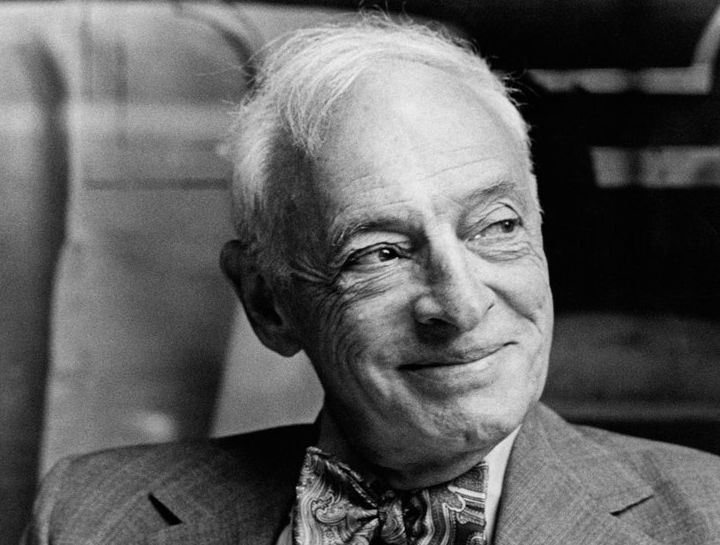 Looking for the best Saul Bellow books? Browse our list to find excellent book recommendations on the subject.

As soon as it first appeared in 1953, this novel by the great Saul Bellow was hailed as an American classic. Augie, the exuberant narrator-hero is a poor Chicago boy growing up during the Great Deptression. A “born recruit,” Augie makes himself available for a series of occupations, then proudly rejects each one as unworthy.
Author(s): Saul Bellow

This is the story of Moses Herzog, a great sufferer, joker, mourner, and charmer. Although his life steadily disintegrates around him—he has failed as a writer and teacher, as a father, and has lost the affection of his wife to his best friends—Herzog sees himself as a survivor, both of his private disasters and those of the age.
Author(s): Saul Bellow, Philip Roth

Fading charmer Tommy Wilhelm has reached his day of reckoning and is scared. In his forties, he still retains a boyish impetuousness that has brought him to the brink of chaos: He is separated from his wife and children, at odds with his vain, successful father, failed in his acting career (a Hollywood agent once cast him as the “type that loses the girl”), and in a financial mess.
Author(s): Saul Bellow, Cynthia Ozick

Saul Bellow evokes all the rich colors and exotic customs of a highly imaginary Africa in this acclaimed comic novel about a middle-aged American millionaire who, seeking a new, more rewarding life, descends upon an African tribe.
Author(s): Saul Bellow, Adam Kirsch

Saul Bellow’s Pulitzer Prize-winning novel explores the long friendship between Charlie Citrine, a young man with an intense passion for literature, and the great poet Von Humboldt Dleisher. At the time of Humboldt’s death, Charlie’s life is falling apart: his career is at a standstill, and he’s enmeshed in an acrimonious divorce, infatuated with a highly unsuitable young woman, and involved with a neurotic Mafioso.
Author(s): Saul Bellow, Jeffrey Eugenides

Nobel Prize winner Saul Bellow has deservedly been celebrated as one of America’s greatest writers. For more than sixty years he stretched our minds, our imaginations, and our hearts with his exhilarating perceptions of life. Here, collected in one volume and chosen by the author himself, are favorites such as “What Kind of Day Did You Have?”, “Leaving the Yellow House,” and a previously uncollected piece, “By the St.
Author(s): Saul Bellow , Janis Bellow, et al.

Abe Ravelstein is a brilliant professor at a prominent midwestern university and a man who glories in training the movers and shakers of the political world. He has lived grandly and ferociously-and much beyond his means.
Author(s): Saul Bellow

It All Adds Up: From the Dim Past to the Uncertain Future (2018)

“Sentence by sentence, page by page, Bellow is simply the best writer we have.” —The New York Times Book Review  In It All Adds Up, Pulitzer and Nobel Prize-winning author Saul Bellow takes readers on a brilliantly insightful journey through literary America over a forty-year period. In sentence after sentence, page after page, readers are offered brilliant perceptions and unusual insights into everyday life in America and the life of the mind.
Author(s): Saul Bellow, Christopher Lehmann-Haupt

— In this unique noir masterpiece by the incomparable Saul Bellow, a young man is sucked into the mysterious, heat-filled vortex of New York City. Asa Leventhal, a temporary bachelor with his wife away on a visit to her mother, attempts to find relief from a Gotham heat wave, only to be accosted in the park by a down-at-the-heels stranger who accuses Leventhal of ruining his life.
Author(s): Saul Bellow, Norman Rush

Expecting to be inducted into the army to fight in World War II, Joseph has given up his job and carefully prepared for his departure to the battlefront. When a series of mix-ups delays his induction, he finds himself facing a year of idleness.
Author(s): Saul Bellow, J. M. Coetzee

There Is Simply Too Much to Think About: Collected Nonfiction (2016)

One of the supreme fiction writers of the twentieth century, Nobel laureate Saul Bellow was also deeply insightful in his lesser-known roles as essayist, critic, and lecturer. Gathered together in this stunning compilation, Bellow’s vast range of nonfiction reveals the same wit, daring, and wisdom that distinguish The Adventures of Augie March, Henderson the Rain King, Herzog, Humboldt’s Gift, and other masterly novels.
Author(s): Saul Bellow, Benjamin Taylor

We highly recommend you to buy all paper or e-books in a legal way, for example, on Amazon. But sometimes it might be a need to dig deeper beyond the shiny book cover. Before making a purchase, you can visit resources like Library Genesis and download some saul bellow books mentioned below at your own risk. Once again, we do not host any illegal or copyrighted files, but simply give our visitors a choice and hope they will make a wise decision.

It All Adds Up

Please note that this booklist is not final. Some books are truly chart-busters according to Washington Post, others are written by unknown writers. On top of that, you can always find additional tutorials and courses on Coursera, Udemy or edX, for example. Are there any other relevant books you could recommend? Drop a comment if you have any feedback on the list.