Our list of some of the best Satire books & series in recent years. Get inspired by one or more of the following books.

In satire, evil, folly, and weakness are held up to ridicule – to the delight of some and the outrage of others. Satire may claim the higher purpose of social critique or moral reform, or it may simply revel in its own transgressive laughter. It exposes frauds, debunks ideals, binds communities, starts arguments, and evokes unconscious fantasies. It has been a central literary genre since ancient times, and has become especially popular and provocative in recent decades. This new introduction to satire takes a historically expansive and theoretically eclectic approach, addressing a range of satirical forms from ancient,…
Author(s): Jonathan Greenberg

2. American Satire: An Anthology of Writings from Colonial Times to the Present (1997)

What is satire? How can we define it? Is it a weapon for radical change or fundamentally conservative? Is satire funny or cruel? Does it always need a target or victim? Combining thematic, theoretical and historical approaches, John T. Gilmore introduces and investigates the tradition of satire from classical models through to the present day. In a lucid and engaging style, Gilmore explores: Using examples from ancient Egypt to Charlie Hebdo, from European traditions of formal verse satire to imaginary voyages and alternative universes, newspaper cartoons and YouTube clips, from the Caribbean to…
Author(s): John T. Gilmore 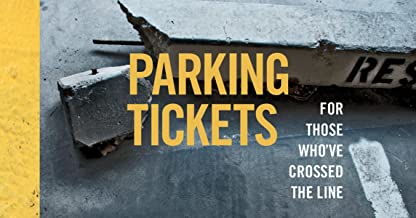 Did someone park his Miata parallel across the last three perpendicular spaces? And there’s no parking enforcement around to bust him? No problem. Thanks to Parking Tickets, readers can issue a cleverly designed and perfectly humiliating “fine” to the inconsiderate owner. There are simple messages ― “You’re a space hog,” angry cards ― “It was either this or a crowbar through your window,” and sarcastic tickets ― “Hope you’re better between the sheets than you are between the lines.” Together they provide good parkers an outlet to vent their frustrations toward people who deserve it, and maybe raise that driver’s consciousness….
Author(s): Shinebox Print

Perhaps more than any other writer, Juvenal (c. 55-138 AD) captures the splendour, the squalor and the sheer vibrant energy of everyday Roman life. A member of the traditional land-owning class which was rapidly seeing power slip into the hands of dynamic outsiders, he offers equally savage portraits of decadent aristocrats; women interested only in ‘rough trade’ like actors and gladiators; and the jumped-up sons of panders and auctioneers. He constantly compares the corruption of his own generation with their stern upright forebears. And he makes us feel from within the deep humiliation of…
Author(s): Juvenal, Peter Green

Commonly considered the greatest of Roman satirical poets, Juvenal is the author of sixteen satires of Roman society, notable for their pessimism and ironic humor. In this new translation of the Satires, Professor Rudd combines textual accuracy with colorful poetry, vividly conveying Juvenal’s gift for evoking a wealth of imagery with a few economical phrases.About the Series: For over 100 years Oxford World’s Classics has made available the broadest spectrum of literature from around the globe. Each affordable volume reflects Oxford’s commitment to scholarship, providing the most accurate text plus a…
Author(s): Juvenal , Niall Rudd, et al.

The New York Times bestseller that explains one of the most important perceptual shifts in the history of humankindScott Adams was one of the earliest public figures to predict Donald Trump’s election. The mainstream media regarded Trump as a lucky clown, but Adams – best known as “the guy who created Dilbert” — recognized a level of persuasion you only see once in a generation. We’re hardwired to respond to emotion, not reason, and Trump knew exactly which emotional buttons to push. The point isn’t whether Trump was right or wrong, good or bad. Adams goes beyond politics to look…
Author(s): Scott Adams

This volume presents a new commentary on the first book of satires of the Roman satirist Juvenal. In the Introduction Braund situates Juvenal within the genre of satire and demonstrates his originality in creating an angry character who declaims in the “grand style.” The Commentary illuminates the content and style of Satires 1-5. The essays on each of the poems together with the overview of Book I in the Introduction present the first integrated reading of these Satires as an organic structure….
Author(s): Braund

He has written and produced comedy/talk shows for over fifteen years. Now four-time Emmy winner Joe Toplyn reveals his proven methods of writing for late-night television in this one-of-a-kind insider’s guide. Toplyn analyzes each type of comedy piece in the late-night TV playbook and takes you step-by-step through the process of writing it. His detailed tips, techniques, and rules include: • 6 characteristics every good monologue joke topic must have • 6 specific ways to generate punch lines • 12 tools for making your jokes their funniest…
Author(s): Joe Toplyn

Satirical TV has become mandatory viewing for citizens wishing to make sense of the bizarre contemporary state of political life. Shifts in industry economics and audience tastes have re-made television comedy, once considered a wasteland of escapist humor, into what is arguably the most popular source of political critique. From fake news and pundit shows to animated sitcoms and mash-up videos, satire has become an important avenue for processing politics in informative and entertaining ways, and satire TV is now its own thriving, viable television genre….
Author(s): Jonathan Gray , Jeffrey P. Jones , et al.

THE WOLF OF WALL STREET (2013): A Satirical Masterpiece – A Video Essay

We highly recommend you to buy all paper or e-books in a legal way, for example, on Amazon. But sometimes it might be a need to dig deeper beyond the shiny book cover. Before making a purchase, you can visit resources like Genesis and download some satire books mentioned below at your own risk. Once again, we do not host any illegal or copyrighted files, but simply give our visitors a choice and hope they will make a wise decision.

Lucilius and Satire in Second-Century BC Rome

Devastation and Laughter: Satire, Power, and Culture in the Early Soviet State, 1920s-1930s

Spenserian Satire: A Tradition of Indirection

Satire and Politics: The Interplay of Heritage and Practice

Is it OK to Laugh about It? Holocaust Humour, Satire and Parody in Israeli Culture

Humor and Satire on Contemporary Television: Animation and the American Joke

Please note that this booklist is not definite. Some books are really hot items according to Chicago Tribune, others are drafted by unknown authors. On top of that, you can always find additional tutorials and courses on Coursera, Udemy or edX, for example. Are there any other relevant resources you could recommend? Drop a comment if you have any feedback on the list.