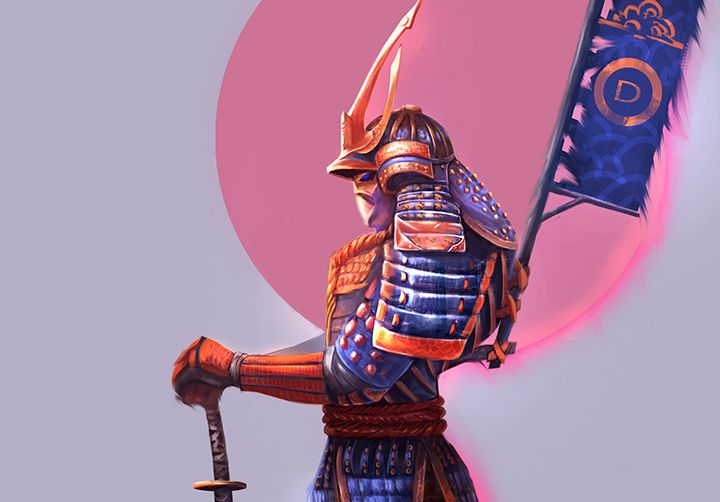 Looking for the best Samurai books? Browse our list to find excellent book recommendations on the subject.

Hagakure: The Secret Wisdom of the Samurai (2014)

The Hagakure is one of the most influential of all Japanese texts—written nearly 300 years ago by Yamamoto Tsunetomo to summarize the very essence of the Japanese Samurai bushido (“warrior”) spirit. Its influence has been felt throughout the world, and yet its existence is scarcely known to many Westerners.
Author(s): Yamamoto Tsunetomo, Alexander Bennett

Through the ages, the samurai have been associated with honor, fearlessness, calm, decisive action, strategic thinking, and martial prowess. Their ethos is known as bushido, the Way of the Warrior-Knight. Here, premier translator Thomas Cleary presents a rich collection of writings on bushido by warriors, scholars, political advisors, and educators from the fifteenth century through the nineteenth century that provide a comprehensive, historically rich view of samurai life and philosophy.
Author(s): Thomas Cleary

The Compassionate Samurai: Being Extraordinary in an Ordinary World (2009)

Become an extraordinary results-producing champion for humanity and yourself! In life there are two types of people. The first are those who are nice, good-hearted, and compassionate but can’t make much happen. The other kind can make everything happen—they’re the creators, the go-getters, and the aggressive producers in society—however, they’re often self-centered, greedy, and unethical.
Author(s): Brian Klemmer

, first published in 1957, is the war-time account of Saburo Sakai, the leading Japanese fighter ace to survive the Second World War. Sakai, born in 1916, hoped to escape the poverty of life in his rural village by enlisting in the Imperial Japanese Navy at age 16. In 1937, he graduated at the top of his pilot-training class, and soon saw combat in China.
Author(s): Saburo Sakai, Martin Caidin, et al.

In 1841 a Japanese fishing vessel sinks. Its crew is forced to swim to a small, unknown island, where they are rescued by a passing American ship. Japan’s borders remain closed to all Western nations, so the crew sets off to America, learning English on the way.Manjiro, a 14-year-old boy, is curious and eager to learn everything he can about this new culture. Eventually the captain adopts Manjiro and takes him to his home in New England.
Author(s): Margi Preus

Samurai and Ninja: The Real Story Behind the Japanese Warrior Myth that Shatters the Bushido Mystique (2015)

Samurai and Ninja expert Antony Cummins shatters the myths and exposes the true nature of these genuine—and very lethal—medieval Japanese warriors. The Samurai and Ninja were, in fact, brutal killing machines trained in torture and soaked in machismo. Many were skilled horsemen and sword-fighting specialists, while others were masters of deception and sabotage. Some fought for loyalty, others for personal gain.
Author(s): Antony Cummins

When the powerful Lord Takeda’s soldiers sweep across the countryside, killing and plundering, they spare the boy Taro’s life and take him along with them. Taro becomes a servant in the household of the noble Lord Akiyama, where he meets Togan, a cook, who teaches Taro and makes his new life bearable. But when Togan is murdered, Taro’s life takes a new direction: He will become a samurai, and redeem the family legacy that has been stolen from him.
Author(s): Erik C. Haugaard

Daughters of the Samurai: A Journey from East to West and Back (2016)

“Nimura paints history in cinematic strokes and brings a forgotten story to vivid, unforgettable life.” ―Arthur Golden, author of Memoirs of a GeishaIn 1871, five young girls were sent by the Japanese government to the United States.
Author(s): Janice P. Nimura

One of the finest novels, from “a masterly historical writer” (David Mitchell)  In 1613, four low-ranking Japanese samurai, accompanied by a Spanish priest, set sail for Mexico to bargain for trading rights with the West in exchange for a Catholic crusade through Japan.
Author(s): Shusaku Endo, Van C. Gessel

In The 47th Samurai, Bob Lee Swagger, the gritty hero of Stephen Hunter’s bestselling novels Point of Impact and Time to Hunt, returns in Hunter’s most intense and exotic thriller to date. Bob Lee Swagger and Philip Yano are bound together by a single moment at Iwo Jima, 1945, when their fathers, two brave fighters on opposite sides, met in the bloody and chaotic battle for the island. Only Earl Swagger survived.
Author(s): Stephen Hunter

Of all Japan’s aces, Saburo Sakai is the only pilot who never lost a wingman in combat.For a man who engaged in more than two hundred aerial combats, this was an incredible achievement.His remarkable book Samurai! written by Martin Caiden but with the assistance of Sakai and Fred Saito is a brilliant account of life as a Japanese pilot in the Second World War.Samurai!
Author(s): Martin Caidin 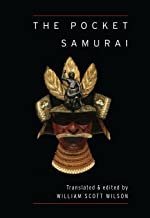 The samurai of Japan, who were the country’s military elite from medieval times to the end of the nineteenth century, were synonmous with valor, honor, and martial arts prowess. Their strict adherence to the code of bushido (“the way of the warrior”), chivalry, and honor in fighting to the death continues to capture the imagination of people today, inspiring authors, filmmakers, and artists.
Author(s): William Scott Wilson

Best Samurai Books You Should Read

We highly recommend you to buy all paper or e-books in a legal way, for example, on Amazon. But sometimes it might be a need to dig deeper beyond the shiny book cover. Before making a purchase, you can visit resources like Library Genesis and download some samurai books mentioned below at your own risk. Once again, we do not host any illegal or copyrighted files, but simply give our visitors a choice and hope they will make a wise decision.

The Book of Bushido: The Complete Guide to Real Samurai Chivalry

An Illustrated Guide to Samurai History and Culture: From the Age of Musashi to Contemporary Pop Culture

Please note that this booklist is not final. Some books are truly hot items according to Los Angeles Times, others are composed by unknown authors. On top of that, you can always find additional tutorials and courses on Coursera, Udemy or edX, for example. Are there any other relevant links you could recommend? Drop a comment if you have any feedback on the list.