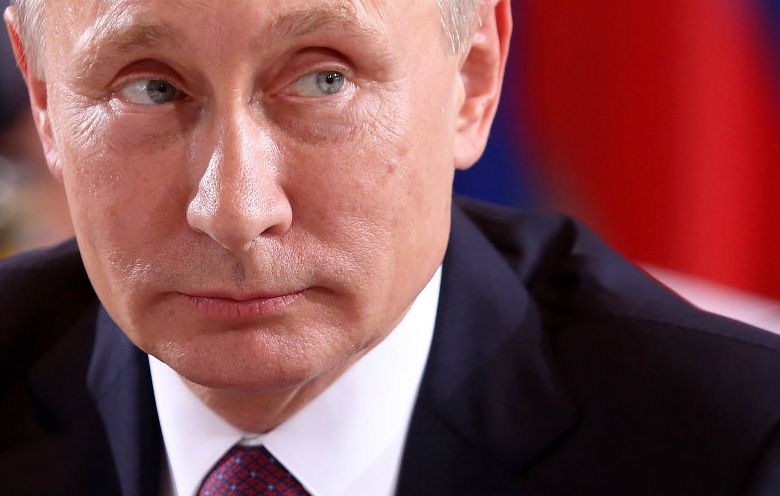 Until you’ve consumed all of the best Russian Spy books, can you even claim to be a true fan?

Deep Undercover: My Secret Life and Tangled Allegiances as a KGB Spy in America (2018)

“The best true spy story I have ever read.”—JOHN LE CARRÉ If anyone could be considered a Russian counterpart to the infamous British double-agent Kim Philby, it was Oleg Gordievsky.
Author(s): Ben Macintyre

The Billion Dollar Spy: A True Story of Cold War Espionage and Betrayal (2016)

It was the height of the Cold War, and a dangerous time to be stationed in the Soviet Union. One evening, while the chief of the CIA’s Moscow station was filling his gas tank, a stranger approached and dropped a note into the car. The chief, suspicious of a KGB trap, ignored the overture. But the man had made up his mind. His attempts to establish contact with the CIA would be rebuffed four times before he thrust upon them an envelope whose contents would stun U.S. intelligence.
Author(s): David E. Hoffman

A Spy Among Friends: Kim Philby and the Great Betrayal (2015)

Who was Kim Philby? Those closest to him—like his fellow MI6 officer and best friend since childhood, Nicholas Elliot, and the CIA’s head of counterintelligence, James Jesus Angleton—knew him as a loyal confidant and an unshakeable patriot. Philby was a brilliant and charming man who rose to head Britain’s counterintelligence against the Soviet Union.
Author(s): Ben Macintyre, le Carré, John

How to Catch a Russian Spy: The True Story of an American Civilian Turned Double Agent (2018)

With an epilogue on recent Russian spying, a “page-turner of a memoir” (Publishers Weekly) about an American civilian with a dream, who worked as a double agent with the FBI in the early 2000s to bring down a Russian intelligence agent in New York City.For three nerve-wracking years, from 2005 to 2008, Naveed Jamali…
Author(s): Naveed Jamali, Ellis Henican

Spies in the Vatican: The Soviet Union’s Cold War Against the Catholic Church (2011)

What if your father wasn’t the man you thought he was? Former KGB assassin Max Austin’s peaceful life in Paris is shattered when his mother’s imminent death brings him back to a world he only wants to forget. Before he’s even unpacked his bags, a brutal act of terrorism sends Max running for his life and forces him to uncover secrets about his father’s past to save his family’s lives. Max’s sister and nephew become pawns in a game that started a generation ago.
Author(s): Jack Arbor

It’s Hard To Be a Russian Spy: The Great Collection Of Riddles & Russian Spies (Brain Teaser Puzzles for Adults) (2017)

There’s training to be an Olympic Athlete. Then there is training to a Russian Spy. Both extremely difficult and a much esteemed percentage of people around the world get to be picked for it.
Author(s): Igor Suvorov

In the Enemy’s House: The Secret Saga of the FBI Agent and the Code Breaker Who Caught the Russian Spies (2019)

The New York Times bestselling author of Dark Invasion and The Last Goodnight once again illuminates the lives of little-known individuals who played a significant role in America’s history as he chronicles the incredible true story of a critical, recently declassified counterintelligence mission and two remarkable agents whose s…
Author(s): Howard Blum

This stunning book, based on KGB archives that have never come to light before, provides the most complete account of Soviet espionage in America ever written. In 1993, former KGB officer Alexander Vassiliev was permitted unique access to Stalin-era records of Soviet intelligence operations against the United States.
Author(s): John Earl Haynes , Mr. Harvey Klehr, et al.

Red Notice: A True Story of High Finance, Murder, and One Man’s Fight for Justice (2015)

“[Red Notice] does for investing in Russia and the former Soviet Union what Liar’s Poker did for our understanding of Salomon Brothers, Wall Street, and the mortgage-backed securities business in the 1980s.
Author(s): Bill Browder

He can’t leave his hotel. You won’t want to. From the New York Times bestselling author of Rules of Civility—a transporting novel about a man who is ordered to spend the rest of his life inside a luxury hotel. In 1922, Count Alexander Rostov is deemed an unrepentant aristocrat by a Bolshevik tribunal, and is sentenced to house arrest in the Metropol, a grand hotel across the street from the Kremlin.
Author(s): Amor Towles

Blind Man’s Bluff is an exciting, epic story of adventure, ingenuity, courage, and disaster beneath the sea. This New York Times bestseller reveals previously unknown dramas, such as: A magnificent achievement in investigative reporting, Blind Man’s Bluff reads like a spy thriller, but with one important difference-everything in it is true.
Author(s): Sherry Sontag , Christopher Drew , et al.

Former CIA case officer Charles Jenkins is a man at a crossroads: in his early sixties, he has a family, a new baby on the way, and a security consulting business on the brink of bankruptcy. Then his former bureau chief shows up at his house with a risky new assignment: travel undercover to Moscow and locate a Russian agent believed to be killing members of a clandestine US spy cell known as the seven sisters.Desperate for money, Jenkins agrees to the mission and heads to the Russian capital.
Author(s): Robert Dugoni

Russian spy ship heading toward US

We highly recommend you to buy all paper or e-books in a legal way, for example, on Amazon. But sometimes it might be a need to dig deeper beyond the shiny book cover. Before making a purchase, you can visit resources like Library Genesis and download some russian spy books mentioned below at your own risk. Once again, we do not host any illegal or copyrighted files, but simply give our visitors a choice and hope they will make a wise decision.

A Spy in Plain Sight : The Inside Story of the FBI and Robert Hanssen—America's Most Damaging Russian Spy

Please note that this booklist is not final. Some books are absolutely hot items according to Chicago Tribune, others are written by unknown writers. On top of that, you can always find additional tutorials and courses on Coursera, Udemy or edX, for example. Are there any other relevant books you could recommend? Leave a comment if you have any feedback on the list.