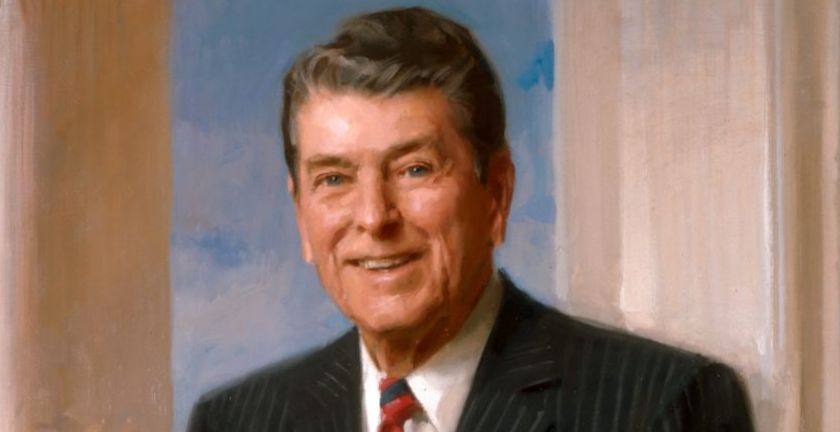 Until you’ve consumed all of the best Ronald Reagan books, can you even claim to be a true fan?

Don’t miss one of our greatest presidents’ bestselling autobiographies in his own words. Ronald Reagan’s story is a work of major historical importance, a narrative that The Washington Times calls “one of our classic American success stories.”Few presidents have accomplished more, or been so effective in changing the direction of government in ways that are both fundamental and lasting, than Ronald Reagan.
Author(s): Ronald Reagan

In his magisterial new biography, H. W. Brands brilliantly establishes Ronald Reagan as one of the two great presidents of the twentieth century, a true peer to Franklin Roosevelt.
Author(s): H. W. Brands

From his childhood in rural Illinois to moviemaking days in Hollywood and on to a career in politics that took him all the way to the Oval Office, Ronald Reagan kept an abiding faith in America and in what our country stood for. The oldest president ever, he survived a near-fatal assassination attempt and lived to be 93. Who Was Ronald Reagan? covers his life and times in a balanced, entertaining way for children.
Author(s): Joyce Milton , Who HQ, et al.

Ronald Reagan: How an Ordinary Man Became an Extraordinary Leader (1999)

In this enlightening new look at one of our most successful, most popular, and least understood presidents, bestselling author and former Reagan aide Dinesh D’Souza shows how this “ordinary” man was able to transform the political landscape in a way that made a permanent impact on America and the world. Ronald Reagan is a thoughtful and honest assessment of how this underestimated president became a truly extraordinary leader.
Author(s): Dinesh D’Souza

Ronald Reagan is hailed today for a presidency that restored optimism to America, engendered years of economic prosperity, and helped bring about the fall of the Soviet Union.
Author(s): Paul Kengor

When Character Was King: A Story of Ronald Reagan (2002)

No one has ever captured Ronald Reagan like Peggy Noonan. In , Noonan brings her own reflections on Reagan to bear as well as new stories—from Presidents George W. Bush and his father, George H. W.
Author(s): Peggy Noonan

During his two terms as the fortieth president of the United States, Ronald Reagan kept a daily diary in which he recorded, by hand, his innermost thoughts and observations on the extraordinary, the historic, and the routine day-to-day occurrences of his presidency.
Author(s): Ronald Reagan

Ronald Reagan, whether one agreed with his politics or not, whether one believed he had achieved the objectives of the vision he espoused or not – was still someone who pulled himself up from incarnation to incarnation, to reach impossible dreams both Hollywood and political. He still ushered in an end to the Cold War, with the American way of life squarely on top. He still had a winning vision that remains resonant to many in the country he loved.
Author(s): Anna Revell

The Notes: Ronald Reagan’s Private Collection of Stories and Wisdom (2012)

Ronald Reagan left behind a legacy that America willnever forget. Now, in this one-of-a-kind collection of his most intimatethoughts, his favorite quotations by others, and his own most collectiblejokes, all culled from a newly disclosed set of personal notecards he keptthroughout his life and career, fans and admirers of the fortieth presidentwill find a unique window of insight into the soul of an American icon.
Author(s): Ronald Reagan

I Love You, Ronnie: The Letters of Ronald Reagan to Nancy Reagan (2002)

No matter what else was going on in his life or where he was—traveling to make movies, at the White House, or sometimes just across the room—Ronald Reagan wrote letters to Nancy Reagan, to express his love, thoughts, and feelings, and to stay in touch. Through these extraordinary letters and reflections, the private character and life of an American president and his first lady are revealed.
Author(s): Nancy Reagan

Ronald Reagan: Destiny at His Side (Heroes of History) (2010)

From his early days living in small-town poverty, young Dutch Reagan’s thoughts were always on the future. Whether helping his family through financial hard times or doggedly pursuing opportunities reserved for the few, Dutch knew that all the knowledge that he had absorbed over the years was waiting inside of him for a chance to come out.
Author(s): Janet Benge, Geoff Benge

We highly recommend you to buy all paper or e-books in a legal way, for example, on Amazon. But sometimes it might be a need to dig deeper beyond the shiny book cover. Before making a purchase, you can visit resources like Library Genesis and download some ronald reagan books mentioned below at your own risk. Once again, we do not host any illegal or copyrighted files, but simply give our visitors a choice and hope they will make a wise decision.

The Labor Board Crew: Remaking Worker-Employer Relations From Pearl Harbor to the Reagan Era

Please note that this booklist is not errorless. Some books are really best-sellers according to The New York Times, others are drafted by unknown authors. On top of that, you can always find additional tutorials and courses on Coursera, Udemy or edX, for example. Are there any other relevant resources you could recommend? Leave a comment if you have any feedback on the list.