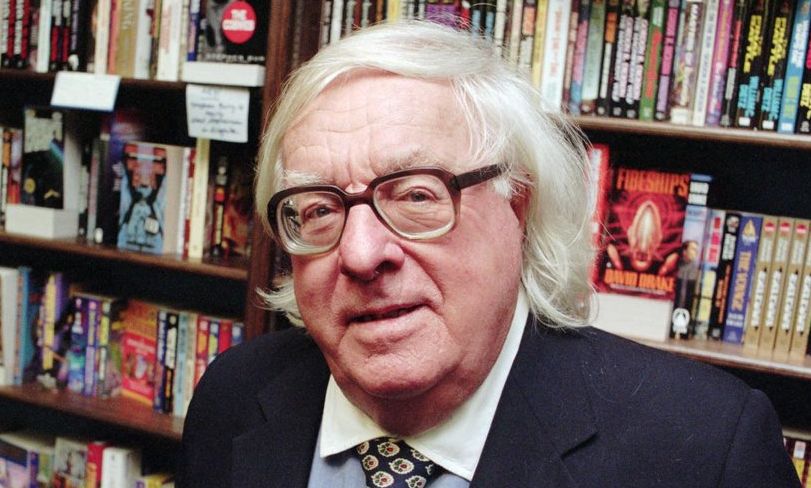 Our list of some of the best Ray Bradbury books & series in recent years. Get inspired by one or more of the following books.

In The Martian Chronicles, Ray Bradbury, America’s preeminent storyteller, imagines a place of hope, dreams, and metaphor— of crystal pillars and fossil seas—where a fine dust settles on the great empty cities of a vanished, devastated civilization. Earthmen conquer Mars and then are conquered by it, lulled by dangerous lies of comfort and familiarity, and enchanted by the lingering glamour of an ancient, mysterious native race.
Author(s): Ray Bradbury

Ray Bradbury’s internationally acclaimed novel Fahrenheit 451 is a masterwork of twentieth-century literature set in a bleak, dystopian future.Guy Montag is a fireman. In his world, where television rules and literature is on the brink of extinction, firemen start fires rather than put them out.
Author(s): Ray Bradbury

Something Wicked This Way Comes: A Novel (2017)

One of Ray Bradbury’s best-known and most popular novels, Something Wicked This Way Comes, now featuring a new introduction and material about its longstanding influence on culture and genre.For those who still dream and remember, for those yet to experience the hypnotic power of its dark poetry, step inside. The show is about to begin.
Author(s): Ray Bradbury

The only god living in Green Town, Illinois, that Douglas Spaulding knew of.The facts about John Huff, aged twelve, are simple and soon stated. • He could pathfind more trails than any Choctaw or Cherokee since time began. • Could leap from the sky like a chimpanzee from a vine. • Could live underwater two minutes and slide fifty yards downstream. • Could hit baseballs into apple trees, knocking down harvests. • Could jump six-foot orchard walls. • Ran laughing.
Author(s): Ray Bradbury

"A fast-moving, eerietale set on Halloween night. Eight costumed boys running to meet their friend Pipkin at the haunted house outside town encounter instead the huge and cadaverous Mr. Moundshroud. As Pipkin scrambles to join them, he is swept away by a dark Something, and Moundshroud leads the boys on the tail of a kite through time and space to search the past for their friend and the meaning of Halloween.
Author(s): Ray Bradbury, Joseph Mugnaini

Ray Bradbury brings wonders alive. For this peerless American storyteller, the most bewitching force in the universe is human nature. In these eighteen startling tales unfolding across a canvas of tattooed skin, living cities take their vengeance, technology awakens the most primal natural instincts, and dreams are carried aloft in junkyard rockets.
Author(s): Ray Bradbury

For more than sixty years, the imagination of Ray Bradbury has opened doors into remarkable places, ushering us across unexplored territories of the heart and mind while leading us inexorably toward a profound understanding of ourselves and the universe we inhabit. In this landmark volume, America’s preeminent storyteller offers us one hundred treasures from a lifetime of words and ideas.
Author(s): Ray Bradbury

With his disarmingly simple style and complex imagination, Ray Bradbury has seized the minds of American readers for decades.This collection showcases thirty-two of Bradbury's most famous tales in which he lays bare the depths of the human soul. The thrilling title story, A Sound of Thunder, tells of a hunter sent on safari — sixty million years in the past.
Author(s): Ray Bradbury

Zen in the Art of Writing: Essays on Creativity (1994)

“Bradbury, all charged up, drunk on life, joyous with writing, puts together nine past essays on writing and creativity and discharges every ounce of zest and gusto in him.”–Kirkus Reviews ¶”Zen and the Art of Writing is purely and simply Bradbury’s love song to his craft.”–Los Angeles Times #36,240 in Books (See Top 100 in Books) #51 in Writing Skills Reference #34 in Authorship Reference #4 in Literary Theory Would you like to ?If you are a seller for this product, would…
Author(s): Ray Bradbury

I Sing the Body Electric! And Other Stories (1998)

The mind of Ray Bradbury is a wonder-filled carnival of delight and terror that stretches from the verdant Irish countryside to the coldest reaches of outer space. Yet all his work is united by one common thread: a vivid and profound understanding of the vast emotions that bring strength and mythic resonance to our frail species. Ray Bradbury characters may find themselves anywhere and anywhen. A horrified mother may give birth to a strange blue pyramid.
Author(s): Ray Bradbury

Ray Bradbury, America's most beloved storyteller, has spent a lifetime carrying readers to exhilarating and dangerous places, from dark street comers in unfamiliar cities and towns to the edge of the universe.
Author(s): Ray Bradbury

Dinosaur Tales is a Magnificent Collection of Famous Tales by RAY BRADBURY, One of America’s Best-Loved and Best-Selling Authors. In This Elegantly Designed and Illustrated Book, Bradbury Presents All of His Dinosaur Stories in One Volume!
Author(s): Ray Bradbury

We highly recommend you to buy all paper or e-books in a legal way, for example, on Amazon. But sometimes it might be a need to dig deeper beyond the shiny book cover. Before making a purchase, you can visit resources like Library Genesis and download some ray bradbury books mentioned below at your own risk. Once again, we do not host any illegal or copyrighted files, but simply give our visitors a choice and hope they will make a wise decision.

Zen in the art of writing

Please note that this booklist is not final. Some books are really chart-busters according to Washington Post, others are written by unknown writers. On top of that, you can always find additional tutorials and courses on Coursera, Udemy or edX, for example. Are there any other relevant links you could recommend? Leave a comment if you have any feedback on the list.