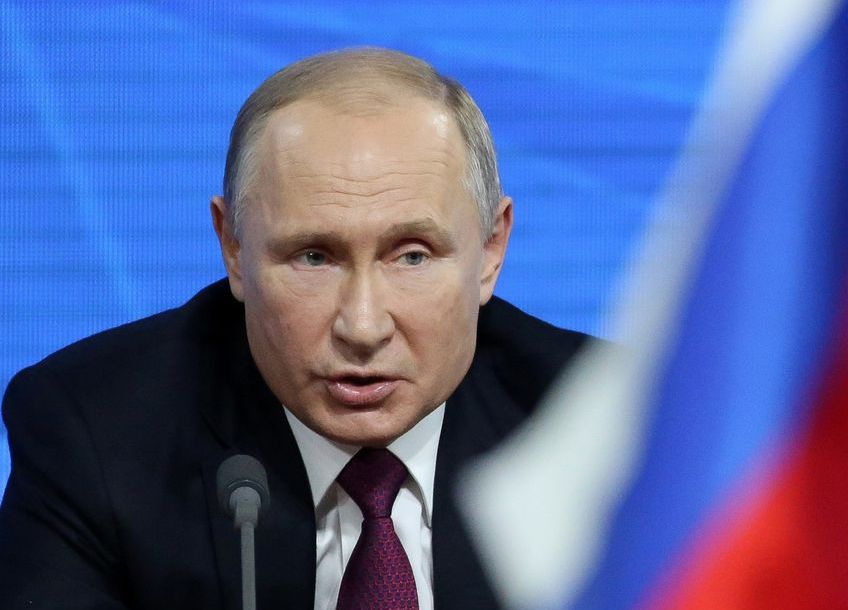 Here is a list of the best Putin books, some I have read myself, some that I did research on, and all have great reviews!

The New Tsar: The Rise and Reign of Vladimir Putin (2016)

In this gripping narrative of Putin’s rise to power, Steven Lee Myers recounts Putin’s origins–from his childhood of abject poverty in Leningrad to his ascent through the ranks of the KGB, and his eventual consolidation of rule in the Kremlin. As the world struggles to confront a bolder Russia, the importance of understanding the formidable and ambitious Vladimir Putin has never been greater.
Author(s): Steven Lee Myers

House of Trump, House of Putin: The Untold Story of Donald Trump and the Russian Mafia (2019)

House of Trump, House of Putin offers the first comprehensive investigation into the decades-long relationship among Donald Trump, Vladimir Putin, and the Russian Mafia that ultimately helped win Trump the White House. It is a chilling story that begins in the 1970s, when Trump made his first splash in the booming, money-drenched world of New York real estate, and ends with Trump’s inauguration as president of the United States.
Author(s): Craig Unger

The Man Without a Face: The Unlikely Rise of Vladimir Putin (2013)

The Man Without a Face is the chilling account of how a low- level, small-minded KGB operative ascended to the Russian presidency and, in an astonishingly short time, destroyed years of progress and made his country once more a threat to her own people and to the world.Handpicked as a successor by the “family” surrounding an ailing and increasingly unpopular Boris Yeltsin, Vladimir Putin seemed like a perfect choice for the oligarchy to shape according to its own designs.
Author(s): Masha Gessen

Meet the world's most dangerous man. Who is the real Vladimir Putin? What does he want? And what will he do next? Despite the millions of words written on Putin's Russia, the West still fails to truly understand one of the world's most powerful politicians, whose influence spans the globe and whose networks of power reach into the very heart of our daily lives.
Author(s): Mark Galeotti

Who is this Vladimir Putin? Who is this man who suddenly–overnight and without warning–was handed the reigns of power to one of the most complex, formidable, and volatile countries in the world? How can we trust him if we don’t know him? First Person is an intimate, candid portrait of the man who holds the future of Russia in his grip.
Author(s): Vladimir Putin, Nataliya Gevorkyan, et al.

From the KGB to the Kremlin: a multidimensional portrait of the man at war with the West. Where do Vladimir Putin’s ideas come from? How does he look at the outside world? What does he want, and how far is he willing to go? The great lesson of the outbreak of World War I in 1914 was the danger of misreading the statements, actions, and intentions of the adversary. Today, Vladimir Putin has become the greatest challenge to European security and the global world order in decades.
Author(s): Fiona Hill, Clifford G. Gaddy

The raging question in the world today is who is the real Vladimir Putin and what are his intentions. Karen Dawisha’s brilliant Putin’s Kleptocracy provides an answer, describing how Putin got to power, the cabal he brought with him, the billions they have looted, and his plan to restore the Greater Russia.Russian scholar Dawisha describes and exposes the origins of Putin’s kleptocratic regime.
Author(s): Karen Dawisha

“This is a way of taking over the USA [and] could take as many as two million people in one stroke.”How far will one man go when his lifetime of narcissism is left unchecked and his insecurities crystallize to panic? How far will you allow that person to stoke fear and animosity in the hearts of others?
Author(s): Joshua T. Crowley, Lori Cardille

Putin’s Hybrid War and the Jews: Antisemitism, Propaganda, and the Displacement of Ukrainian Jewry (2019)

Drawn from journalist Sam Sokol's reporting during the first years of the Donbas War, Putin's Hybrid War and the Jews chronicles the collapse of Jewish life in the regions of eastern Ukraine occupied by Russian-backed separatist militias in 2014.
Author(s): Sam Sokol, ISGAP

Putin Country: A Journey into the Real Russia (2017)

Near Abroad: Putin, the West, and the Contest over Ukraine and the Caucasus (2019)

Before Russia invaded Ukraine, it invaded Georgia. Both states are part of Russia’s “near abroad”–newly independent states that were once part of the Soviet Union and are now Russia’s neighbors. While the Russia-Georgia war of 2008 faded from the headlines in the wake of the global recession, the geopolitical contest that created it did not.
Author(s): Gerard Toal

Best Putin Books That Will Hook You

We highly recommend you to buy all paper or e-books in a legal way, for example, on Amazon. But sometimes it might be a need to dig deeper beyond the shiny book cover. Before making a purchase, you can visit resources like Library Genesis and download some putin books mentioned below at your own risk. Once again, we do not host any illegal or copyrighted files, but simply give our visitors a choice and hope they will make a wise decision.

Behind Putin’s Curtain: Friendships and Misadventures Inside Russia

War with Russia: From Putin and Ukraine To Trump and Russiagate

Putin and the Oligarch: The Khodorkovsky-Yukos Affair

Please note that this booklist is not final. Some books are truly chart-busters according to Los Angeles Times, others are drafted by unknown writers. On top of that, you can always find additional tutorials and courses on Coursera, Udemy or edX, for example. Are there any other relevant links you could recommend? Leave a comment if you have any feedback on the list.