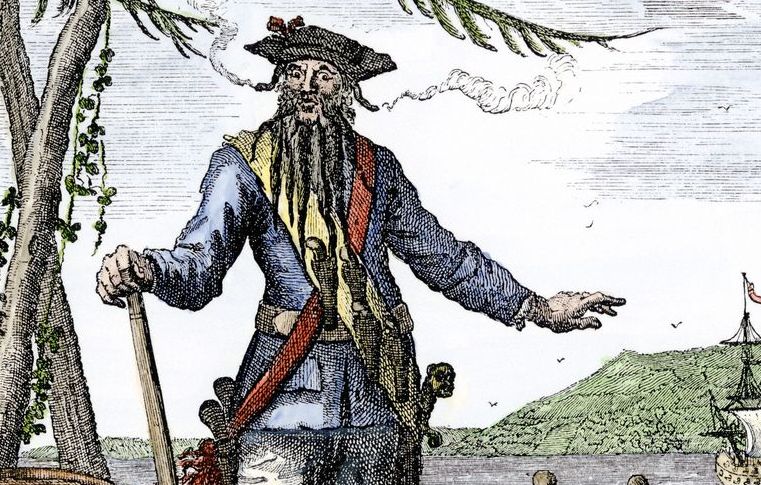 Until you’ve consumed all of the best Pirate History books, can you even claim to be a true fan?

The Republic of Pirates: Being the True and Surprising Story of the Caribbean Pirates and the Man Who Brought Them Down (2008)

In the early eighteenth century, the Pirate Republic was home to some of the great pirate captains, including Blackbeard, "Black Sam" Bellamy, and Charles Vane.
Author(s): Colin Woodard

The Eighth Flag: Cannibals. Conquistadors. Buccaneers. PIRATES. The untold story of the Caribbean and the mystery of St. Croix’s Pirate Legacy, 1493-1750 (2018)

Cannibals.  Conquistadors.  Buccaneers.  Pirates.  Visions of cartoon characters dancing around a cauldron with an explorer tied inside. Balboa gazing on the Pacific Ocean.  De Leon and the fountain of youth. Pizarro conquering the Incas. Henry Morgan, in red, drinking spiced rum.  Smoke curling around Blackbeard as his cutlass slashes through the air. … all children’s tales that mean nothing.
Author(s): Stanford Joines

A General History of the Pyrates (Dover Maritime) (1999)

A General History of the Pyrates by Captain Charles Johnson was published in 1724. As the primary source of biographies of some of the most notorious pirates it influenced popular conceptions of the lifestyles. Missing legs or eyes, burying treasure and the name of the pirates flag the Jolly Roger was introduced in this touchstone of pirate lore as it has been incorporated into popular culture. A General History of the Pyrates has influencing literature and movies to this day.
Author(s): Captain Charles Johnson

Under the Black Flag: The Romance and the Reality of Life Among the Pirates (2006)

This rollicking account of the golden age of piracy is packed with vivid history and high seas adventure. David Cordingly, an acclaimed expert on pirates, reveals the spellbinding truth behind the legends of Blackbeard, Captain Kidd, Sir Francis Drake, the fierce female brigands Mary Read and Anne Bonny, and others who rode and robbed upon the world’s most dangerous waters.
Author(s): David Cordingly

Angus Konstam sets sail through the brutal history of piracy, separating myth from legend and fact from fiction. Pirates takes us into the depths of the pirate’s dark world, examining the many colorful characters from Cretans and Vikings to French corsairs and the British rogues of the golden age of piracy, such as Blackbeard and Captain Kidd and even two women pirates, Mary Read and Ann Bonny, who became pregnant to avoid execution.
Author(s): Angus Konstam

Thomas Jefferson and the Tripoli Pirates: The Forgotten War That Changed American History (2017)

When Thomas Jefferson became president in 1801, America was deeply in debt and needed its economy to grow quickly, but its merchant ships were under attack. Pirates from North Africa routinely captured American sailors and held them as slaves, demanding ransom and tribute far beyond what the new country could afford.
Author(s): Brian Kilmeade, Don Yaeger

Stunning artwork depicts the lives and daredevil raids of famous pirates such as Blackbeard, Madame Cheng, and Captain Kidd, while clever cutaways and authoritative text reveal the day-to-day life on board their ships. The Best Book of Pirates by Barnaby Howard is the perfect book for young swashbucklers!
Author(s): BarnaHoward

Pirates: The Golden Age of Piracy: A History from Beginning to End (2019)

PiratesPirates dominate movie box office profits, they are theme park entertainment, and they occupy a place in popular culture that has outlasted the era when they originally ruled the seas.
Author(s): Hourly History

A General History of the Pirates (Expanded Edition) (2018)

Often considered to be the primary source for information about the pirates of the Golden Age of Piracy, this book was written around the time these marauders plagued the Seven Seas. Scholars have often linked the pseudonym of Charles Johnson to Daniel Defoe and other authors, but whoever the true author was they speak with obvious knowledge of the subject and of maritime matters in general.
Author(s): Charles Johnson

We highly recommend you to buy all paper or e-books in a legal way, for example, on Amazon. But sometimes it might be a need to dig deeper beyond the shiny book cover. Before making a purchase, you can visit resources like Library Genesis and download some pirate history books mentioned below at your own risk. Once again, we do not host any illegal or copyrighted files, but simply give our visitors a choice and hope they will make a wise decision.

A Pirate's History of Doctor Who

Another Pirate's History of Doctor Who

Pirates of the Chesapeake Bay: From the Colonial Era to the Oyster Wars

Please note that this booklist is not final. Some books are truly chart-busters according to The New York Times, others are composed by unknown authors. On top of that, you can always find additional tutorials and courses on Coursera, Udemy or edX, for example. Are there any other relevant books you could recommend? Leave a comment if you have any feedback on the list.