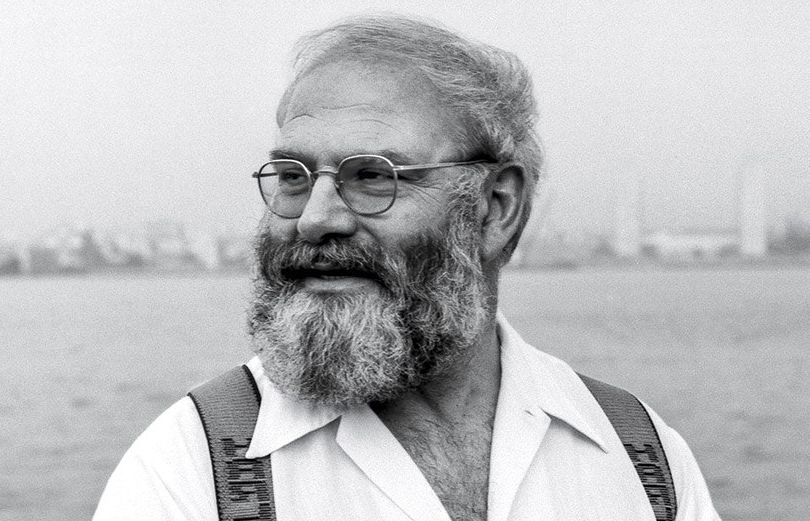 Until you’ve consumed all of the best Oliver Sacks books, can you even claim to be a true fan?

The Man Who Mistook His Wife For A Hat: And Other Clinical Tales (1998)

In his most extraordinary book, “one of the great clinical writers of the twentieth century” (The New York Times) recounts the case histories of patients lost in the bizarre, apparently inescapable world of neurological disorders.Oliver Sacks’s The Man Who Mistook His Wife for a Hat tells the stories of individuals afflicted with fantastic perceptual and intellectual aberrations: patients who…
Author(s): Oliver Sacks

Musicophilia: Tales of Music and the Brain, Revised and Expanded Edition (2008)

With the same trademark compassion and erudition he brought to The Man Who Mistook His Wife for a Hat, Oliver Sacks explores the place music occupies in the brain and how it affects the human condition.
Author(s): Oliver Sacks

To many people, hallucinations imply madness, but in fact they are a common part of the human experience. These sensory distortions range from the shimmering zigzags of a visual migraine to powerful visions brought on by fever, injuries, drugs, sensory deprivation, exhaustion, or even grief. Hallucinations doubtless lie behind many mythological traditions, literary inventions, and  religious epiphanies.
Author(s): Oliver Sacks

Awakenings–which inspired the major motion picture–is the remarkable story of a group of patients who contracted sleeping-sickness during the great epidemic just after World War I. Frozen for decades in a trance-like state, these men and women were given up as hopeless until 1969, when Dr. Oliver Sacks gave them the then-new drug L-DOPA, which had an astonishing, explosive, “awakening” effect. Dr.
Author(s): Oliver Sacks

To these seven narratives of neurological disorder Dr. Sacks brings the same humanity, poetic observation, and infectious sense of wonder that are apparent in his bestsellers Awakenings and The Man Who Mistook His Wife for a Hat. These men, women, and one extraordinary child emerge as brilliantly adaptive personalities, whose conditions have not so much debilitated them as ushered them into another reality.
Author(s): Oliver Sacks

One of the Best Books of the Year: NPR, San Francisco Chronicle, St. Louis Post- When Oliver Sacks was twelve years old, a perceptive schoolmaster wrote: “Sacks will go far, if he does not go too far.” It is now abundantly clear that Sacks has never stopped going. With unbridled honesty and humor, Sacks writes about the passions that have driven his life—from motorcycles and weight lifting to neurology and poetry.
Author(s): Oliver Sacks

With compassion and insight, Dr. Oliver Sacks again illuminates the mysteries of the brain by introducing us to some remarkable characters, including Pat, who remains a vivacious communicator despite the stroke that deprives her of speech, and Howard, a novelist who loses the ability to read. Sacks investigates those who can see perfectly well but are unable to recognize faces, even those of their own children.
Author(s): Oliver Sacks

The many manifestations of migraine can vary dramatically from one patient to another, even within the same patient at different times. Among the most compelling and perplexing of these symptoms are the strange visual hallucinations and distortions of space, time, and body image which migraineurs sometimes experience. Portrayals of these uncanny states have found their way into many works of art, from the heavenly visions of Hildegard von Bingen to Alice in Wonderland. Dr.
Author(s): Oliver Sacks

Like , this is a fascinating voyage into a strange and wonderful land, a provocative meditation on communication, biology, adaptation, and culture.  In , Oliver Sacks turns his attention to the subject of deafness, and the result is a deeply felt portrait of a minority struggling for recognition and respect–a minority with its own rich, sometimes astonishing, culture and unique visual language, an extraordinary mode of communication that tells us much about the basis of language in he…
Author(s): Oliver Sacks

Dr. Oliver Sacks’s books Awakenings, An Anthropologist on Mars and the bestselling The Man Who Mistook His Wife For a Hat have been acclaimed for their extraordinary compassion in the treatment of patients affected with profound disorders. In A Leg to Stand On, it is Sacks himself who is the patient: an encounter with a bull on a desolate mountain in Norway has left him with a severely damaged leg.
Author(s): Oliver Sacks

“An explorer of that most wondrous of islands, the human brain,” writes D.M.
Author(s): Oliver Sacks

We highly recommend you to buy all paper or e-books in a legal way, for example, on Amazon. But sometimes it might be a need to dig deeper beyond the shiny book cover. Before making a purchase, you can visit resources like Library Genesis and download some oliver sacks books mentioned below at your own risk. Once again, we do not host any illegal or copyrighted files, but simply give our visitors a choice and hope they will make a wise decision.

A Leg to Stand On

And How Are You, Dr. Sacks? A Biographical Memoir of Oliver Sacks

Everything in its place: First Loves and Last Tales

Please note that this booklist is not final. Some books are truly best-sellers according to USA Today, others are written by unknown authors. On top of that, you can always find additional tutorials and courses on Coursera, Udemy or edX, for example. Are there any other relevant resources you could recommend? Drop a comment if you have any feedback on the list.