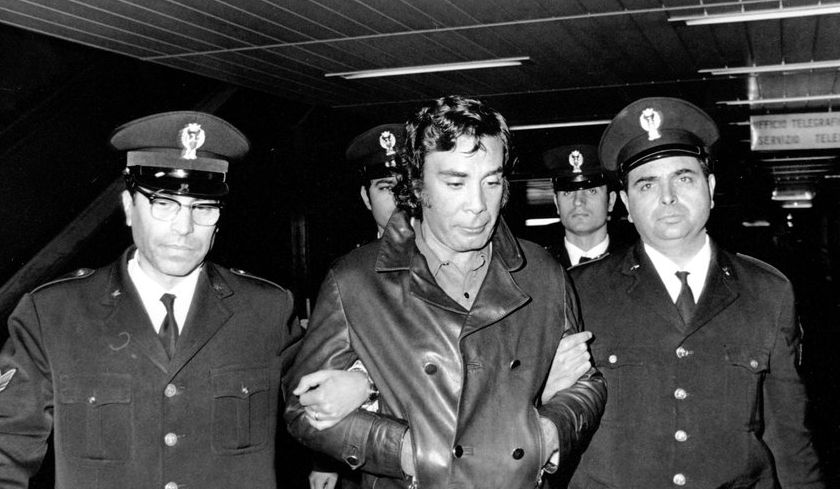 Until you’ve consumed all of the best Nonfiction Mafia books, can you even claim to be a true fan?

I Heard You Paint Houses: Frank “The Irishman” Sheeran & Closing the Case on Jimmy Hoffa (2016)

“Sheeran’s confession that he killed Hoffa in the manner described in the book is supported by the forensic evidence, is entirely credible, and solves the Hoffa mystery.”   “Charles Brandt has solved the Hoffa mystery.”  “It’s all true.”  Updated with a 57-page Conclusion by the author that features new, independent corroboration of Frank Sheeran’s…
Author(s): Charles Brandt

Mountain Mafia is a brief history of the Black Hand and Mafia in the Rocky Mountain region. It brings to life some of the more colorful leaders in the West’s organized crime operations throughout the 20th century, including Roma, Colletti, and the Smaldones.
Author(s): Betty L. Alt, Sandra K. Wells

What is it about Tony Soprano that makes him so amiable? For that matter, how is it that many of us secretly want Scarface to succeed or see Michael Corleone as, ultimately, a hero? What draws us into the otherwise horrifically violent world of the mafia? In The Mafia, Roberto M.
Author(s): Roberto M. Dainotto

Mafia Dynasty: The Rise and Fall of the Gambino Crime Family (1994)

The Gambinos–they arrived in America from Sicily when the `20's roared with bootleg liquor. For thirty years they fought a bloody battle for control of New York's underworld to emerge as the nation's richest and most powerful crime family. Now Mafia expert John H. Davis tells their compelling inside story. Here are the chilling details and deceptions that created a vast criminal empire.
Author(s): John H Davis

Family Affair: Greed, Treachery, and Betrayal in the Chicago Mafia (2010)

With a contract out on his life, Nicholas “Nicky Breeze” Calabrese turned government witness and revealed the truth about the murders of a notorious Mob enforcer and his brother-culminating in a criminal case that would challenge the Mob from the street to the highest seats of power.
Author(s): Sam Giancana, Scott M. Burnstein

Five Families: The Rise, Decline, and Resurgence of America’s Most Powerful Mafia Empires (2016)

For half a century, the American Mafia outwitted, outmaneuvered, and outgunned the FBI and other police agencies, wreaking unparalleled damage on America’s social fabric and business enterprises while emerging as the nation’s most formidable crime empire.
Author(s): Selwyn Raab

The Ice Man: Confessions of a Mafia Contract Killer (2009)

The Sinatra Club: My Life Inside the New York Mafia (2014)

An “exhilarating trip through Italian-American Mafia history” (Publishers Weekly, starred review) this is Sal Polisi’s riveting and darkly hilarious chronicle of the inner workings and larger-than-life characters inside the New York Mob.The Mob was the biggest, richest business in America . . . until it was destroyed from within by drugs, greed, and the decline of its traditional crime Family values. And by guys like Sal Polisi.
Author(s): Sal Polisi, Steve Dougherty

Maverick godfather, a former killer who dared to do things differently. But by taking on Mafia rules and fighting the FBI at the same time it was a battle he could never win. It is picking in the FBI building at police headquarters it was kind of stupid. You know you’re not exactly dealing with the faculty at Harvard.
Author(s): Paul White

This book is about extraordinary men who lived through extraordinary times. The History of the Mob tells the stories of their lives, their families, their code, their crimes, and their cold-blooded murders”from Don Vito Cascio Ferro, the New York mobster who lured Joe Petrosino to his death in Palermo, to John Gotti, the Teflon don and Bernardo the Tractor Provenzano, who hid out in a farmhouse for forty-three years.
Author(s): Nigel Cawthorne, Paul Roland

We highly recommend you to buy all paper or e-books in a legal way, for example, on Amazon. But sometimes it might be a need to dig deeper beyond the shiny book cover. Before making a purchase, you can visit resources like Library Genesis and download some nonfiction mafia books mentioned below at your own risk. Once again, we do not host any illegal or copyrighted files, but simply give our visitors a choice and hope they will make a wise decision.

Please note that this booklist is not absolute. Some books are truly hot items according to The Wall Street Journal, others are drafted by unknown writers. On top of that, you can always find additional tutorials and courses on Coursera, Udemy or edX, for example. Are there any other relevant links you could recommend? Leave a comment if you have any feedback on the list.