Our list of some of the best Neoliberalism books & series in recent years. Get inspired by one or more of the following books.

A Brief History of Neoliberalism (2007)

Neoliberalism–the doctrine that market exchange is an ethic in itself, capable of acting as a guide for all human action–has become dominant in both thought and practice throughout much of the world since 1970 or so. Writing for a wide audience, David Harvey, author of The New Imperialism and The Condition of Postmodernity, here tells the political-economic story of where neoliberalization came from and how it proliferated on the world stage.
Author(s): David Harvey

In the Ruins of Neoliberalism: The Rise of Antidemocratic Politics in the West (The Wellek Library Lectures) (2019)

Across the West, hard-right leaders are surging to power on platforms of ethno-economic nationalism, Christianity, and traditional family values.
Author(s): Wendy Brown

Thanks to the rise of neoliberalism over the past several decades, we live in an era of rampant anxiety, insecurity, and inequality. While neoliberalism has become somewhat of an academic buzzword in recent years, this book offers a rich and multilayered introduction to what is arguably the most pressing issue of our times.
Author(s): Julie Wilson

Neoliberalism’s Demons: On the Political Theology of Late Capital (2018)

By both its supporters and detractors, neoliberalism is usually considered an economic policy agenda. Neoliberalism’s Demons argues that it is much more than that: a complete worldview, neoliberalism presents the competitive marketplace as the model for true human flourishing.
Author(s): Adam Kotsko

Neoliberalism has become a dirty word. In political discourse, it stigmatizes a political opponent as a market fundamentalist; in academia, the concept is also mainly wielded by its critics, while those who might be seen as actual neoliberals deny its very existence. Yet the term remains necessary for understanding the varieties of capitalism across space and time.
Author(s): Thomas Biebricher 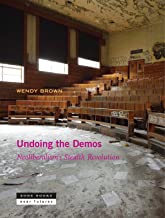 Neoliberal rationality―ubiquitous today in statecraft and the workplace, in jurisprudence, education, and culture―remakes everything and everyone in the image of homo oeconomicus. What happens when this rationality transposes the constituent elements of democracy into an economic register? In Undoing the Demos, Wendy Brown explains how democracy itself is imperiled.
Author(s): Wendy Brown

Neoliberalism has been the defining paradigm in global health since the latter part of the twentieth century. What started as an untested and unproven theory that the creation of unfettered markets would give rise to political democracy led to policies that promoted the belief that private markets were the optimal agents for the distribution of social goods, including health care.
Author(s): Salmaan Keshavjee

The Political Economy of Latin America (2018)

This brief text offers an unbiased reflection on debates about neoliberalism and its alternatives in Latin America with an emphasis on the institutional puzzle that underlies the region’s difficulties with democratization and development.
Author(s): Peter Kingstone

For over three decades neoliberalism has been the dominant economic ideology. While it may have emerged relatively unscathed from the global financial crisis of 2007-8, neoliberalism is now – more than ever – under scrutiny from critics who argue that it has failed to live up to its promises, creating instead an increasingly unequal and insecure world.
Author(s): Damien Cahill, Martijn Konings

In an Abusive State: How Neoliberalism Appropriated the Feminist Movement against Sexual Violence (2008)

In an Abusive State puts forth a powerful argument: that the feminist campaign to stop sexual violence has entered into a problematic alliance with the neoliberal state. Kristin Bumiller chronicles the evolution of this alliance by examining the history of the anti-violence campaign, the production of cultural images about sexual violence, professional discourses on intimate violence, and the everyday lives of battered women.
Author(s): Kristin Bumiller

Family Values: Between Neoliberalism and the New Social Conservatism (Zone / Near Futures) (2019) 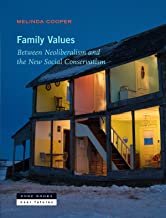 Why was the discourse of family values so pivotal to the conservative and free-market revolution of the 1980s and why has it continued to exert such a profound influence on American political life? Why have free-market neoliberals so often made common cause with social conservatives on the question of family, despite their differences on all other issues?
Author(s): Melinda Cooper

Neoliberalism’s War on Higher Education reveals how neoliberal policies, practices, and modes of material and symbolic violence have radically reshaped the mission and practice of higher education, short-changing a generation of young people.Giroux exposes the corporate forces at play and charts a clear-minded and inspired course of action out of the shadows of market-driven education policy.
Author(s): Henry A. Giroux

Best Neoliberalism Books You Must Read

We highly recommend you to buy all paper or e-books in a legal way, for example, on Amazon. But sometimes it might be a need to dig deeper beyond the shiny book cover. Before making a purchase, you can visit resources like Library Genesis and download some neoliberalism books mentioned below at your own risk. Once again, we do not host any illegal or copyrighted files, but simply give our visitors a choice and hope they will make a wise decision.

Please note that this booklist is not definite. Some books are truly best-sellers according to Los Angeles Times, others are drafted by unknown authors. On top of that, you can always find additional tutorials and courses on Coursera, Udemy or edX, for example. Are there any other relevant links you could recommend? Drop a comment if you have any feedback on the list.