Our list of some of the best Naval books & series in recent years. Get inspired by one or more of the following books. 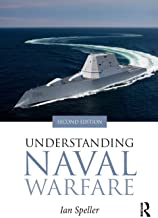 This new and updated edition of Understanding Naval Warfare offers the reader an accessible introduction to the study of modern naval warfare, providing a thorough grounding in the vocabulary, concepts, issues, and debates, set within the context of relevant history. Navies operate in an environment that most people do not understand and that many avoid.
Author(s): Ian Speller

Torpedo 8 is the epic story of the death and rebirth of the famous bomber squadron led by Lieutenant Harold “Swede” Larsen. VT-8 rose from the ashes of the Battle of Midway to become an indispensable air arm in the series of engagements for the Solomon Islands and beyond. In three months, the crack squadron carried out thirty-nine attack missions, sixteen against ships, twenty-three against ground targets.
Author(s): Ira Wolfert

Called one of the most inspiring stories to come out of World War II when first published in 1959, this epic account of Arleigh Burke’s legendary Destroyer Squadron 23 is much more than a story of ships and their tactical deployment.
Author(s): Ken Jones

Naval Firepower: Battleship Guns and Gunnery in the Dreadnought Era (2001) 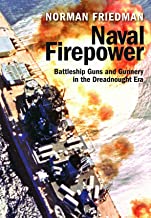 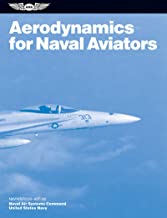 This is a how to book based on hundreds of interviews with Naval Academy professors, administrators, admissions officials, midshipmen, graduates, congressional staffers and panelists, and parents from across the U.S. It is a complete guide that gives candidates everything they need to know to prepare for the Navy, gain admission to the Academy, and survive after they get there.
Author(s): Sue Ross

Like all young men of a certain age, Harry Gilmour had his own notion of how a naval battle should be. This wasn’t it.Norway, 1940: Sub Lieutenant Harry Gilmour’s first encounter with battleship action is not the adventure he had hoped for. Faced with a thankless task and ill equipped to handle it, Gilmour’s inexperience leads to a damning allegation.
Author(s): David Black

It is 1758 and the Seven Years War is at its height. The Duke of Cumberland’s Hanoverian army has been pushed back to the river Elbe while the French are using the medieval fortified city of Emden to resupply their army and to anchor its left flank.George Holbrooke has recently returned from the Jamaica Station in command of a sloop-of-war. He is under orders to survey and blockade the approaches to Emden in advance of the arrival of a British squadron.
Author(s): Chris Durbin

In late 1756, as the British government collapses in the aftermath of the loss of Minorca and the country and navy are thrown into political chaos, a small force of ships is sent to the West Indies to reinforce the Leeward Islands Squadron. Captain Edward Carlisle, a native of Virginia, and his first lieutenant George Holbrooke are fresh from the Mediterranean and their capture of a powerful French man-of-war.
Author(s): Chris Durbin 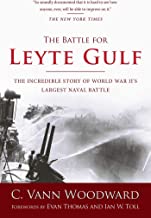 Pulitzer-Prize-winner and bestselling author C. Vann Woodward recreates the gripping account of the battle for Leyte Gulf—the greatest naval battle of World War II and the largest engagement ever fought on the high seas. For the Japanese, it represented their supreme effort; they committed to action virtually every operational fighting ship on the lists of the Imperial Navy, including two powerful new battleships of the Yamato class.
Author(s): C. Vann Woodward , Evan Thomas, et al. 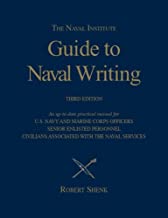 Written by a naval officer who taught English at two service academies, this is the third edition of the premier guide to professional writing for the naval services. The book is widely used by officers, enlisted men and women and civilians in both the Navy and Marine Corps. Shenk provides sound, practical advice on all common naval writing assignments.
Author(s): Robert Shenk

1783: Back from the war in the Americas, young navy veteran Alan Lewrie finds London pure pleasure. Then, at Plymouth, he boards the trading ship Telesto to find out why merchantmen are disappearing in the East Indies. Between the pungent shores of Calcutta and teeming Canton, Lewrie—reunited with his scoundrel father—discovers a young French captain, backed by an armada of Mindanao pirates, on a plundering rampage.
Author(s): Dewey Lambdin

Best Naval Books Everyone Should Read

We highly recommend you to buy all paper or e-books in a legal way, for example, on Amazon. But sometimes it might be a need to dig deeper beyond the shiny book cover. Before making a purchase, you can visit resources like Library Genesis and download some naval books mentioned below at your own risk. Once again, we do not host any illegal or copyrighted files, but simply give our visitors a choice and hope they will make a wise decision.

No Surrender: My Thirty-Year War

Nordic nonalignment/neutrality policies in the 1990s: implications for U.S. security

Please note that this booklist is not definite. Some books are truly hot items according to Los Angeles Times, others are written by unknown writers. On top of that, you can always find additional tutorials and courses on Coursera, Udemy or edX, for example. Are there any other relevant books you could recommend? Leave a comment if you have any feedback on the list.