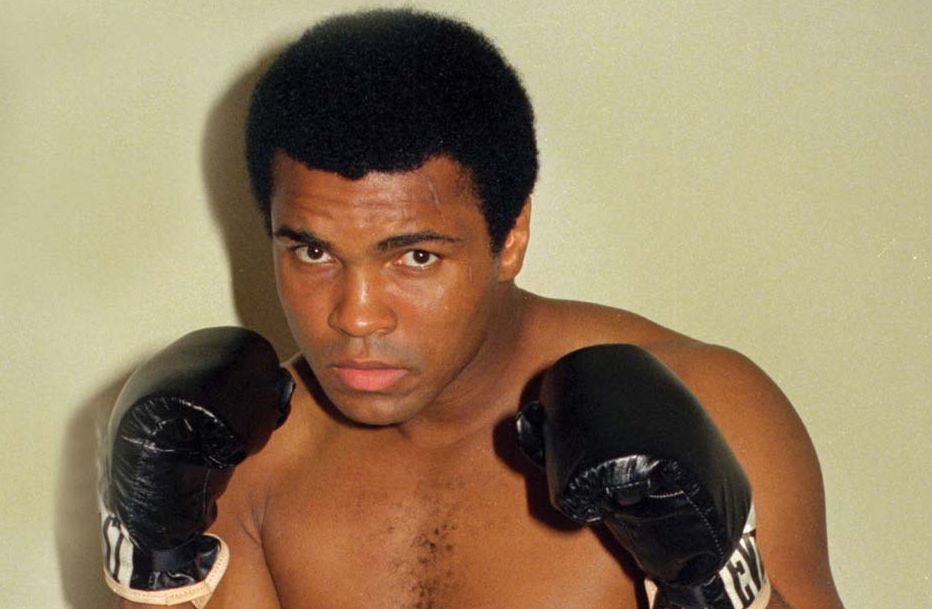 Looking for the best Muhammad Ali books? Browse our list to find excellent book recommendations on the subject.

In his own words, the heavyweight champion of the world pulls no punches as he chronicles the battles he faced in and out of the ring in this fascinating memoir edited by Nobel Prize-winning novelist, Toni Morrison. Growing up in the South, surrounded by racial bigotry and discrimination, Ali fought not just for a living, but also for respect and rewards far more precious than money or glory.
Author(s): Muhammad Ali , Richard Durham, et al.

Muhammad Ali was born Cassius Clay in racially segregated Louisville, Kentucky, the son of a sign painter and a housekeeper. He went on to become a heavyweight boxer with a dazzling mix of power and speed, a warrior for racial pride, a comedian, a preacher, a poet, a draft resister, an actor, and a lover. Millions hated him when he changed his religion, changed his name, and refused to fight in the Vietnam War. He fought his way back, winning hearts, but at great cost.
Author(s): Jonathan Eig

In the words of more than 200 of Ali’s family members, opponents, friends, world leaders, and others who have known him best, the real Muhammad Ali emerges: deeply religious, mercurial, generous, a showman in and out of the ring.Thirty years after he burst onto the scene as a gold medal light-heavyweight at the Rome Olympics, Muhammad Ali is still a magical figure.
Author(s): Thomas Hauser

FLOAT LIKE A BUTTERFLY: Muhammad Ali: The Greatest Boxer In History (2017)

On June 10 2016, hundreds of people lined the streets of Louisville, Kentucky, as a procession of black cars drove slowly by.
Author(s): Tony Fitzsimmons

King of the World: Muhammad Ali and the Rise of an American Hero (1999)

On the night in 1964 that Muhammad Ali (then known as Cassius Clay) stepped into the ring with Sonny Liston, he was widely regarded as an irritating freak who danced and talked way too much.
Author(s): David Remnick

In 1962, no one believed that the obnoxious Cassius Clay would ever become the heavyweight champion of the world. But Malcolm X saw the potential in Clay, not just for boxing greatness, but as a means of spreading the Nation of Islam’s radical message. Malcolm secretly molded Clay into Muhammad Ali–a patriotic boxing star in public, and a radical reformer behind the scenes.
Author(s): Randy Roberts, Johnny Smith

A riveting portrait of the world’s greatest boxer chronicles his childhood, his rise as a champion, his politics, and his battle against Parkinsons’ disease to demonstrate his accomplishments both inside and outside the ring. Reprint.
Author(s): Walter Dean Myers

The Soul of a Butterfly: Reflections on Life’s Journey (2013)

Former boxing legend Muhammad Ali, one of the best-known and best-loved celebrities and an international good-will ambassador, offers inspiration and hope as he describes the spiritual philosophy that sustains him. “During my boxing career, you did not see the real Muhammad Ali. You just saw a little boxing. You saw only a part of me. After I retired from boxing my true work began.
Author(s): Muhammad Ali, Hana Yasmeen Ali

Cassius Marcellus Clay, Jr. won the world heavyweight championship at the age of 22, the same year he joined the Nation of Islam and changed his name to Muhammad Ali. He would go on to become the first and only three-time (in succession) World Heavyweight Champion.
Author(s): Buckley Jr., James, Who HQ, et al.

Written by leading children’s authors and compiled by leading experts in the field, DK Readers are one of the most delightful ways to capture children’s interest and help children learn. Follow the dramatic story of Muhammad Ali — both in and out of the ring. These 48-page books about fascinating subjects like pirates, mummies, and volcanoes are for proficient readers who can understand a rich vocabulary and challenging sentence structure.
Author(s): Leslie Garrett

Muhammad Ali was one of the world’s best-known figures, and this incredible biography delves into precisely why. From his unlikely beginnings as a skinny, young Cassius Clay learning to box at a local gym to becoming the heavyweight champion of the world at the famous “Rumble in the Jungle,” where even the skies let loose with rain right after his victory, Ali has captivated the world.
Author(s): Tonya Bolden, R. Gregory Christie

The Greatest: The Quotes of Muhammad Ali (2016)

“I’ll tell you how I would like to be remembered: As a black man who won the heavyweight title – Who was humorous and never looked down on those who looked up to him – A man who stood for freedom, justice and equality – And I wouldn’t even mind if folks forgot how pretty I was.” Muhammad Ali No one has straddled the world of sport, politics and popular culture as Muhammad Ali did.
Author(s): M Prefontaine

“Muhammad Ali’s iconic life has been the subject of countless books, films and documentaries, but until now one part of his boxing life has never been fully examined: The punches he dished out and the punches he took.
Author(s): Bob Canobbio, Lee Groves

We highly recommend you to buy all paper or e-books in a legal way, for example, on Amazon. But sometimes it might be a need to dig deeper beyond the shiny book cover. Before making a purchase, you can visit resources like Library Genesis and download some muhammad ali books mentioned below at your own risk. Once again, we do not host any illegal or copyrighted files, but simply give our visitors a choice and hope they will make a wise decision.

Thermal Performance of Nanofluids in Miniature Heat Sinks with Conduits

Please note that this booklist is not errorless. Some books are really record-breakers according to The Wall Street Journal, others are written by unknown authors. On top of that, you can always find additional tutorials and courses on Coursera, Udemy or edX, for example. Are there any other relevant resources you could recommend? Drop a comment if you have any feedback on the list.