Skip to content
📚 Book Lovin' Geek Mamas are on a mission to promote a love of books and reading to everyone. We help our visitors to find their next favorite book. Our authors regularly create and post so-called listicles (also known as booklists) on various mostly tech-related topics.
Home » Reviews
Author BLGMReading 7 minViews 447Published by April 10, 2019

Below I’ll give you my selections for the best Motown books by a few categories. I will cover these and other great books more in depth later.

In January 1959 Berry Gordy borrowed $800 from his family and founded the Detroit-based record company that in less than a decade was to become the largest black-owned business in the United States.
Author(s): Peter Benjaminson, Greil Marcus

Where Did Our Love Go?: The Rise and Fall of the Motown Sound (Music in American Life) (2007)

Where Did Our Love Go? chronicles the rise and fall of Motown Records while emphasizing the role of its dynamic founder, Berry Gordy Jr. First published in 1986, this classic work includes a new preface by Nelson George that identifies Motown’s influence on young recorders and music mogels of today, including R. Kelly, D’Angelo, Sean Combs, and Russell Simmons.
Author(s): Nelson George, Quincy Jones 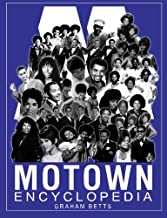 Motown means different things to different people. The mere mention of perhaps the most iconic record label in history is often enough to invoke memories and mental images of Marvin Gaye, Diana Ross, Stevie Wonder, The Temptations, The Jackson 5, The Supremes and numerous others.
Author(s): Graham Betts

Standing in the Shadows of Motown: The Life and Music of Legendary Bassist James Jamerson (1989) 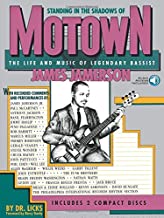 (Guitar Book). Bassist James Jamerson was the embodiment of the Motown spirit and groove the invisible entity whose playing inspired thousands. His tumultuous life and musical brilliance are explored in depth through hundreds of interviews, 49 transcribed musical scores, two hours of recorded all-star performances, and more than 50 rarely seen photos in this stellar tribute to behind-the-scenes Motown. Features access to 120-minutes of audio!
Author(s): Dr. Licks , James Jamerson, et al. 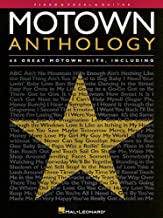 (Piano/Vocal/Guitar Songbook). A must-have collection of 68 Motown masterpieces, including: ABC * Ain’t No Mountain High Enough * Ain’t Too Proud to Beg * Baby Love * Dancing in the Street * Easy * For Once in My Life * How Sweet It Is (To Be Loved by You) * I Can’t Help Myself (Sugar Pie, Honey Bunch) * Just My Imagination (Running Away with Me) * Let’s Get It On * My Girl * Shop Around * War * You Can’t Hurry Love * many more!
Author(s): Hal Leonard Corp. 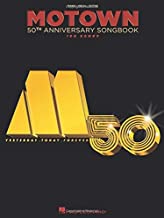 The autobiographical story of Switch, an R&B/funk band that found fame recording for the Gordy label of Motown in the late 1970s, releasing hit songs such as “There’ll Never Be”, “I Call Your Name”, and “Love Over & Over Again”. This book takes its readers on a musical journey following the quest of their dreams and all its details. The Switch story is an amazing shake-your head page turner that will fill eyes with tears, hearts with joy.
Author(s): Gregory Williams 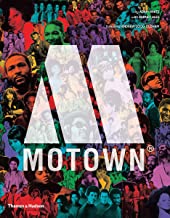 Now in paperback, the definitive visual history of Motown, the Detroit-based record company that became a music powerhouse.The music of Motown defined an era. From the Jackson 5 and Diana Ross to Stevie Wonder and Smokey Robinson, Berry Gordy and his right-hand man, Barney Ales, built the most successful independent record label in the world.
Author(s): Adam White , Barney Ales, et al.

Dancing in the Street: Motown and the Cultural Politics of Detroit (2001)

Detroit in the 1960s was a city with a pulse: people were marching in step with Martin Luther King, Jr., dancing in the street with Martha and the Vandellas, and facing off with city police. Through it all, Motown provided the beat.
Author(s): Suzanne E. Smith 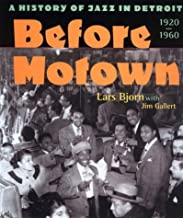 When most people think of Detroit and music, they think of the Motown sound. But what many people forget is that Detroit has a remarkable jazz history, which became a major influence in what came to be known as the Motown sound.Before Motown is the first book about the history of jazz in Detroit. It shows the significant impact Detroit has had on the development of jazz in America, with its own sound, distinct from that of the other jazz centers of Chicago, New Orleans, St.
Author(s): Lars Bjorn, Jim Gallert

Sometimes gritty other times heartfelt, Mickey Stevenson keeps it rated Real. He doesn’t sugar coat the rough edges of his real life stories; so the reader essentially rides shotgun, shoulder to shoulder with Stevenson, back in time to the beginnings before Berry Gordy dubbed him The First A&R Man of Motown Records.
Author(s): William Mickey Stevenson, Ashley Stevenson 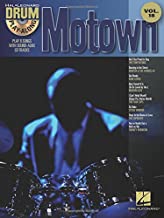 (Drum Play-Along). Play your favorite songs quickly and easily with the Drum Play-Along series! Just follow the drum notation, listen to the CD to hear how the drums should sound, then play along using the separate backing tracks. The lyrics are also included for quick reference. The audio CD is playable on any CD player, and also enhanced so PC & Mac users can adjust the recording to any tempo without changing the pitch!
Author(s): Hal Leonard Corp. 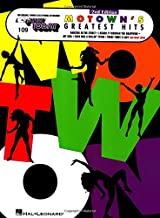 (E-Z Play Today). The second edition of this collection featuring our world-famous E-Z Play Today notation includes 44 of Motown’s biggest hits: Ain’t No Mountain High Enough * Dancing in the Street * Heatwave * I Heard It Through the Grapevine * Just My Imagination * My Girl * Papa Was a Rolling Stone * Three Times a Lady * and many more.
Author(s): Hal Leonard Corp.

Song Journey: A Hit Songwriter’s Guide Through the Process, the Perils, and the Payoff of Writing Songs for a Living (2019)

A well written song gives you the power to touch, teach, and reach deep into a person’s soul.
Author(s): Mark Cawley 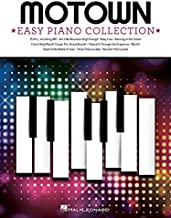 (Easy Piano Songbook). 35 hits from the legendary record company in easy piano arrangements, including: ABC * Ain’t No Mountain High Enough * Ain’t Too Proud to Beg * Baby Love * Dancing in the Street * Endless Love * How Sweet It Is (To Be Loved by You) * I Heard It Through the Grapevine * I’ll Be There * Isn’t She Lovely * Just My Imagination (Running Away with Me) * Let’s Get It On * My Girl * Please Mr. Postman * Stop!
Author(s): Hal Leonard Corp.

Best Motown Books You Must Read

We highly recommend you to buy all paper or e-books in a legal way, for example, on Amazon. But sometimes it might be a need to dig deeper beyond the shiny book cover. Before making a purchase, you can visit resources like Library Genesis and download some motown books mentioned below at your own risk. Once again, we do not host any illegal or copyrighted files, but simply give our visitors a choice and hope they will make a wise decision.

Women of Motown: An Oral History

Rhythm ride: a road trip through the Motown sound

Please note that this booklist is not errorless. Some books are truly chart-busters according to Chicago Tribune, others are written by unknown writers. On top of that, you can always find additional tutorials and courses on Coursera, Udemy or edX, for example. Are there any other relevant links you could recommend? Leave a comment if you have any feedback on the list.