Skip to content
📚 Book Lovin' Geek Mamas are on a mission to promote a love of books and reading to everyone. We help our visitors to find their next favorite book. Our authors regularly create and post so-called listicles (also known as booklists) on various mostly tech-related topics.
Home » Reviews
Author BLGMReading 6 minViews 845Published by May 11, 2017

Here is a list of the best Microhistory books, some I have read myself, some that I did research on, and all have great reviews!

This unique and detailed analysis provides the first accessible and comprehensive introduction to the origins, development, methodology of microhistory – one of the most significant innovations in historical scholarship to have emerged in the last few decades.
Author(s): Sigurður Gylfi Magnússon

Blood Work: A Tale of Medicine and Murder in the Scientific Revolution (2012)

“Excellent…Tucker’s chronicle of the world of 17th-century science in London and Paris is fascinating.” ―The EconomistIn December 1667, maverick physician Jean Denis transfused calf’s blood into one of Paris’s most notorious madmen. Days later, the madman was dead and Denis was framed for murder.
Author(s): Holly Tucker

Village China Under Socialism and Reform offers a comprehensive account of rural life after the communist revolution, detailing villager involvement in political campaigns since the 1950s, agricultural production under the collective system, family farming and non-agricultural economy in the reform, and everyday life in the family and community.
Author(s): Huaiyin Li

Bellevue: Three Centuries of Medicine and Mayhem at America’s Most Storied Hospital (2017) 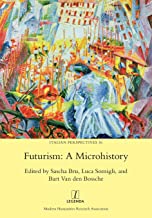 This volume offers a unique and fresh perspective on Italian Futurism by approaching it, for the first time, through the lens of microstoria.
Author(s): Sascha Bru, Luca Somigli, et al.

Cod: A Biography of the Fish that Changed the World (1998) 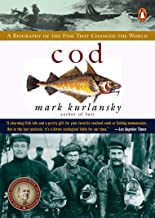 Mark Kurlansky’s third work of nonfiction and winner of the 1999 James Beard Award is the biography of a single species of fish, but it may as well be a world history with this humble fish as its recurring main character. Cod, it turns out, is the reason Europeans set sail across the Atlantic, and it is the only reason they could.
Author(s): Mark Kurlansky

Discover the tantalizing true stories behind your favorite colors.For example: Cleopatra used saffron—a source of the color yellow—for seduction. Extracted from an Afghan mine, the blue “ultramarine” paint used by Michelangelo was so expensive he couldn’t afford to buy it himself.
Author(s): Victoria Finlay

Mabel Normand: The Life and Career of a Hollywood Madcap (2016)

American silent film star Mabel Normand (1892-1930) appeared in a string of popular movies opposite the likes of Charlie Chaplin and Fatty Arbuckle during the 1910s and 1920s, before dying of tuberculosis at age 37. Her brief but remarkable career, which included director and writer credits as well as heading her own studio and production company, was marred by scandal–police connected her to the unsolved 1922 murder of director William Desmond Taylor–that defined her legacy.
Author(s): Timothy Dean Lefler

When he proposed to his girlfriend, Tom Zoellner gave what is expected of every American man–a diamond engagement ring. But when the relationship broke apart, he was left with a used diamond that began to haunt him.
Author(s): Tom Zoellner

When award-winning Texas food writer Robb Walsh discovers that the local Galveston Bay oysters are being passed off as Blue Points and Chincoteagues in other parts of the country, he decides to look into the matter.
Author(s): Robb Walsh

The Cheese and the Worms: The Cosmos of a Sixteenth-Century Miller (2013)

The Cheese and the Worms is an incisive study of popular culture in the sixteenth century as seen through the eyes of one man, the miller known as Menocchio, who was accused of heresy during the Inquisition and sentenced to death. Carlo Ginzburg uses the trial records to illustrate the religious and social conflicts of the society Menocchio lived in. For a common miller, Menocchio was surprisingly literate.
Author(s): Carlo Ginzburg , John Tedeschi, et al.

The Problem of Emancipation: The Caribbean Roots of the American Civil War (Antislavery, Abolition, and the Atlantic World) (2009)

“A most persuasive work that repositions the American debates over emancipation where they clearly belong, in a broader Anglo-Atlantic context.” — Reviews in HistoryWhile many historians look to internal conflict alone to explain the onset of the American Civil War, in The Problem of Emancipation, Edward Bartlett Rugemer places the origins of the war in a transatlantic context.
Author(s): Edward Bartlett Rugemer

This landmark book tracks matters of intimacy to investigate matters of state in late nineteenth and early twentieth century Indonesia, particularly the critical role played by sexual arrangements and affective attachments in creating colonial categories and distinguishing the ruler from the ruled.
Author(s): Stoler

Best Microhistory Books Everyone Should Read

We highly recommend you to buy all paper or e-books in a legal way, for example, on Amazon. But sometimes it might be a need to dig deeper beyond the shiny book cover. Before making a purchase, you can visit resources like Library Genesis and download some microhistory books mentioned below at your own risk. Once again, we do not host any illegal or copyrighted files, but simply give our visitors a choice and hope they will make a wise decision.

Khoikhoi, Microhistory, and Colonial Characters at the Cape of Good Hope

The Rise of National Socialism in the Bavarian Highlands: A Microhistory of Murnau, 1919-1933

Emotional Experience and Microhistory: A Life Story of a Destitute Pauper Poet in the 19th Century

Please note that this booklist is not final. Some books are truly record-breakers according to USA Today, others are drafted by unknown authors. On top of that, you can always find additional tutorials and courses on Coursera, Udemy or edX, for example. Are there any other relevant links you could recommend? Drop a comment if you have any feedback on the list.