Skip to content
📚 Book Lovin' Geek Mamas are on a mission to promote a love of books and reading to everyone. We help our visitors to find their next favorite book. Our authors regularly create and post so-called listicles (also known as booklists) on various mostly tech-related topics.
Home » Reviews
Author BLGMReading 7 minViews 882Published by August 29, 2017

There are countless Manga courses, tutorials, articles available online, but for some, having a book is still a necessity to learn. This is an up-to-date list of recommended books. 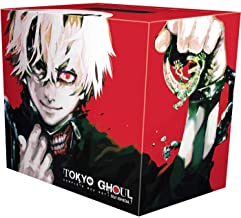 Ghouls live among us, the same as normal people in every way—except for their craving for human flesh.Ken Kaneki is an ordinary college student until a violent encounter turns him into the first half-human, half-Ghoul hybrid. Trapped between two worlds, he must survive Ghoul turf wars, learn more about Ghoul society and master his new powers.  A box set that includes all fourteen volumes of the original Tokyo Ghoul series. Includes an exclusive double-sided poster.
Author(s): Sui Ishida 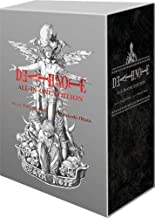 All 12 volumes of Death Note in one monstrously large edition!This hefty omnibus combines all 2,400 pages of the megahit thriller into a single massive tome, presented in a beautiful silver slipcase. A perfect collectible conversation piece and a must-have for Death Note fans. Also contains an epilogue chapter never before seen in English!
Author(s): Tsugumi Ohba, Takeshi Obata 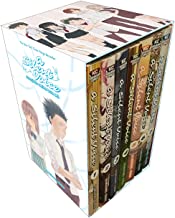 This emotional drama is one of the most critically-acclaimed manga of the decade, earning an Eisner nomination and accolades from teachers and the American Library Association. Years ago, Shoya Ishida led his peers in tormenting a hearing-impaired classmate, Shoko Nishimiya. When she transfers schools, Shoya finds he has gone from bully to bullied, and is left completely alone.
Author(s): Yoshitoki Oima

What would the world be like if 80 percent of the population manifested superpowers called “Quirks” at age four? Heroes and villains would be battling it out everywhere! Being a hero would mean learning to use your power, but where would you go to study? The Hero Academy of course! But what would you do if you were one of the 20 percent who were born Quirkless?
Author(s): Kohei Horikoshi, Caleb D. Cook

The journey to 100 friends begins with a single conversation.Socially anxious high school student Shoko Komi’s greatest dream is to make some friends, but everyone at school mistakes her crippling social anxiety for cool reserve! With the whole student body keeping their distance and Komi unable to utter a single word, friendship might be forever beyond her reach.
Author(s): Tomohito Oda

Humanity has been devastated by the bizarre, giant humanoids known as the Titans. Little is known about where they came from or why they are bent on consuming humanity. Seemingly unintelligent, they have roamed the world killing off humankind for years. For the past century, what’s left of mankind has hidden in a giant, three-walled city. People believe their 100-meter-high walls will protect them from the Titans, which are 10 to 20 meters tall.
Author(s): Hajime Isayama 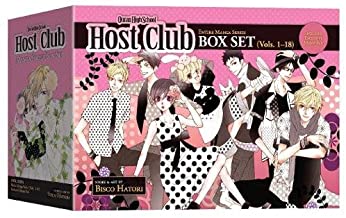 The complete best-selling series, now in a value-priced box setReads R to L (Japanese style) for teen audiences. In this screwball romantic comedy, Haruhi, a poor girl at a rich kids’ school, is forced to repay an $80,000 debt by working for the school’s swankiest, all-male club—as a boy! There she discovers just how wealthy the six members are and how different the rich are from everybody else…
Author(s): Bisco Hatori

Acclaimed by critics, beloved by readers of all ages, taught everywhere from inner-city grade schools to universities across the country, and translated all over the world, The House on Mango Street is the remarkable story of Esperanza Cordero. Told in a series of vignettes – sometimes heartbreaking, sometimes deeply joyous – it is the story of a young Latina girl growing up in Chicago, inventing for herself who and what she will become.
Author(s): Sandra Cisneros 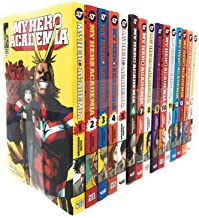 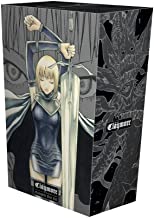 The complete best-selling dark fantasy series, now available in a value-priced box set! Includes volumes 1–27, plus an exclusive booklet of black-and-white cover art previously unreleased in the English editions. In a world where monsters called Yoma prey on humans and live among them in disguise, humanity’s only hope is a new breed of warrior known as Claymores.
Author(s): Norihiro Yagi

Asta is a young boy who dreams of becoming the greatest mage in the kingdom. Only one problem-he can't use any magic! Luckily for Asta, he receives the incredibly rare five-leaf clover grimoire that gives him the power of anti-magic. Can someone who can't use magic really become the Wizard King? One thing's for sure-Asta will never give up!
Author(s): Yuki Tabata 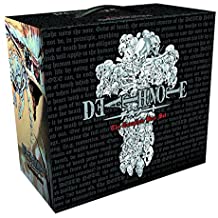 The entire manga story arc is now available in a box set for the first time! This custom box set includes all 12 books from the series, the information and exclusive premium gifts! The high gloss printed box set also comes with a recessed handle and velcro closure. The box set is 10% off the total retail price of 13 volumes of !
Author(s): Tsugumi Ohba, Takeshi Obata 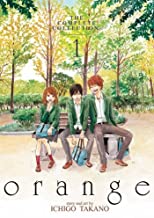 On the day that Naho begins 11th grade, she recieves a letter from herself ten years in the future. At first, she writes it off as a prank, but as the letter’s predictions come true one by one Naho realizes that the letter might be the real deal. Her future self tells Naho that a new transfer student, a boy named Kakeru, will soon join her class.
Author(s): Ichigo Takano

We highly recommend you to buy all paper or e-books in a legal way, for example, on Amazon. But sometimes it might be a need to dig deeper beyond the shiny book cover. Before making a purchase, you can visit resources like Library Genesis and download some manga books mentioned below at your own risk. Once again, we do not host any illegal or copyrighted files, but simply give our visitors a choice and hope they will make a wise decision.

Please note that this booklist is not definite. Some books are really chart-busters according to Washington Post, others are written by unknown authors. On top of that, you can always find additional tutorials and courses on Coursera, Udemy or edX, for example. Are there any other relevant books you could recommend? Leave a comment if you have any feedback on the list.