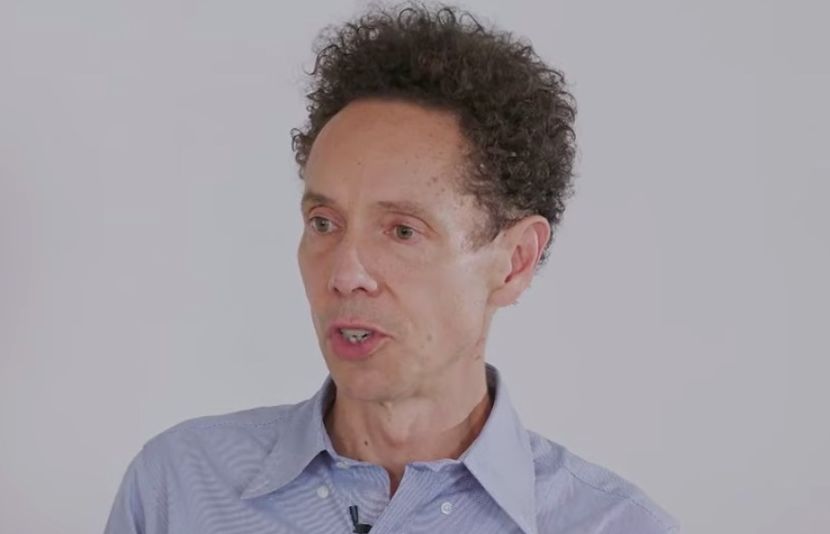 Our list of some of the best Malcolm Gladwell books & series in recent years. Get inspired by one or more of the following books.

In this stunning new book, Malcolm Gladwell takes us on an intellectual journey through the world of “outliers”–the best and the brightest, the most famous and the most successful. He asks the question: what makes high-achievers different? His answer is that we pay too much attention to what successful people are like, and too little attention to where they are from: that is, their culture, their family, their generation, and the idiosyncratic experiences of their upbringing.
Author(s): Malcolm Gladwell

The Tipping Point: How Little Things Can Make a Big Difference (2002)

The tipping point is that magic moment when an idea, trend, or social behavior crosses a threshold, tips, and spreads like wildfire. Just as a single sick person can start an epidemic of the flu, so too can a small but precisely targeted push cause a fashion trend, the popularity of a new product, or a drop in the crime rate.
Author(s): Malcolm Gladwell

David and Goliath: Underdogs, Misfits, and the Art of Battling Giants (2015)

Explore the power of the underdog in Malcolm Gladwell’s dazzling examination of success, motivation, and the role of adversity in shaping our lives.Three thousand years ago on a battlefield in ancient Palestine, a shepherd boy felled a mighty warrior with nothing more than a stone and a sling, and ever since then the names of David and Goliath have stood for battles between underdogs and giants. David’s victory was improbable and miraculous. He shouldn’t have won. Or should he have?
Author(s): Malcolm Gladwell

Blink: The Power of Thinking Without Thinking (2007)

In his landmark bestseller The Tipping Point, Malcolm Gladwell redefined how we understand the world around us. Now, in Blink, he revolutionizes the way we understand the world within. Blink is a book about how we think without thinking, about choices that seem to be made in an instant-in the blink of an eye-that actually aren’t as simple as they seem. Why are some people brilliant decision makers, while others are consistently inept?
Author(s): Malcolm Gladwell

What is the difference between choking and panicking? Why are there dozens of varieties of mustard-but only one variety of ketchup? What do football players teach us about how to hire teachers? What does hair dye tell us about the history of the 20th century? In the past decade, Malcolm Gladwell has written three books that have radically changed how we understand our world and ourselves: The Tipping Point; Blink; and Outliers.
Author(s): Malcolm Gladwell

Malcolm Gladwell, host of the podcast Revisionist History and author of the #1 New York Times bestseller Outliers, offers a powerful examination of our interactions with strangers–and why they often go wrong. How did Fidel Castro fool the CIA for a generation? Why did Neville Chamberlain think he could trust Adolf Hitler? Why are campus sexual assaults on the rise? Do television sitcoms teach us something about the way we relate to each other that isn’t true?
Author(s): Gladwell Malcolm

Note: Item has rough Cut edges(Edges are cut improperly intentionally by the manufacturer) A special 25th anniversary edition of the extraordinary international bestseller, including a new Foreword by Paulo Coelho.
Author(s): Paulo Coelho

Quiet: The Power of Introverts in a World That Can’t Stop Talking (2013)

At least one-third of the people we know are introverts. They are the ones who prefer listening to speaking; who innovate and create but dislike self-promotion; who favor working on their own over working in teams. It is to introverts—Rosa Parks, Chopin, Dr. Seuss, Steve Wozniak—that we owe many of the great contributions to society. In Quiet, Susan Cain argues that we dramatically undervalue introverts and shows how much we lose in doing so.
Author(s): Susan Cain

Your recently viewed items and featured recommendations › View or edit your browsing history After viewing product detail pages, look here to find an easy way to navigate back to pages you are interested in. #2,698,241 in Books (See Top 100 in Books) Would you like to ?If you are a seller for this product, would you like to ?
Author(s): Malcolm Gladwell

The Wealthy Gardener: Life Lessons on Prosperity between Father and Son (2018)

“A financial classic of timeless wisdom. It changed me forever.” ––Tom BrownThey dubbed him the Wealthy Gardener due to his vast fortune and his passion for backyard gardening. The silly nickname stuck, and he didn’t object to it.
Author(s): John Soforic

Summary: David & Goliath by Malcolm GladwellWhether a conflict is between two nations, two businesses, or even a person battling physical dysfunction, we tend to assume that the bigger and better armed of the opponents will take the day.
Author(s): Swiftread

Malcolm Gladwell – The Future of Humanity

We highly recommend you to buy all paper or e-books in a legal way, for example, on Amazon. But sometimes it might be a need to dig deeper beyond the shiny book cover. Before making a purchase, you can visit resources like Library Genesis and download some malcolm gladwell books mentioned below at your own risk. Once again, we do not host any illegal or copyrighted files, but simply give our visitors a choice and hope they will make a wise decision.

The Bomber Mafia: A Dream, a Temptation, and the Longest Night of the Second World War

Talking to strangers: what we should know about the people we don't know

Please note that this booklist is not final. Some books are truly chart-busters according to The New York Times, others are drafted by unknown writers. On top of that, you can always find additional tutorials and courses on Coursera, Udemy or edX, for example. Are there any other relevant links you could recommend? Drop a comment if you have any feedback on the list.