Skip to content
📚 Book Lovin' Geek Mamas are on a mission to promote a love of books and reading to everyone. We help our visitors to find their next favorite book. Our authors regularly create and post so-called listicles (also known as booklists) on various mostly tech-related topics.
Home » Reviews
Author BLGMReading 6 minViews 1k.Published by January 24, 2019

Our list of some of the best Machiavelli books & series in recent years. Get inspired by one or more of the following books.

The Prince, by Niccolo Machiavelli, is a 16th-century political treatise. The Prince is sometimes claimed to be one of the first works of modern philosophy, especially modern political philosophy, in which the effective truth is taken to be more important than any abstract ideal. It was also in direct conflict with the dominant Catholic and scholastic doctrines of the time concerning politics and ethics.
Author(s): Niccolo Machiavelli, W.K. Marriott

Few figures in intellectual history have proved as notorious and ambiguous as Niccolò Machiavelli. But while his treatise The Prince made his name synonymous with autocratic ruthlessness and cynical manipulation, The Discourses (c.1517) shows a radically different outlook on the world of politics.
Author(s): Niccolo Machiavelli

Voltaire said, “Machiavelli taught Europe the art of war; it had long been practiced, without being known.” For Niccolò Machiavelli (1469-1527), war was war, and victory the supreme aim to which all other considerations must be subordinated.
Author(s): Niccolò Machiavelli, Ellis Farneworth

As a young Florentine envoy to the courts of France and the Italian principalities, Niccolò Machiavelli (1469–1527) was able to observe firsthand the lives of people strongly united under one powerful ruler.
Author(s): Niccolò Machiavelli, N. H. Thompson

Nicolo Machiavelli The Complete Collection: (4 Books) The Prince, The Art of War, The Discourses on Livy, History of Florence (2017) 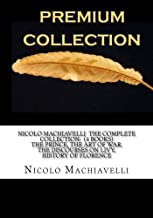 BOOK ONE:The Prince Is a 16th-century political treatise, by the Italian diplomat and political theorist Niccolò Machiavelli. From correspondence a version appears to have been distributed in 1513, using a Latin title, De Principatibus (About Principalities).
Author(s): Nicolo Machiavelli

Here are The Prince and the most important of the Discourses newly translated into spare, vivid English. Why a new translation? Machiavelli was never the dull, worthy, pedantic author who appears in the pages of other translations, says David Wootton in his Introduction. In the pages that follow I have done my best to let him speak in his own voice.
Author(s): Niccolo Machiavelli, David Wooton

The Prince is a 16th-century political treatise by the Italian diplomat and political theorist Niccolò Machiavelli. From correspondence a version appears to have been distributed in 1513, using a Latin title, De Principatibus (About Principalities). However, the printed version was not published until 1532, five years after Machiavelli’s death.
Author(s): Nicolo Machiavelli 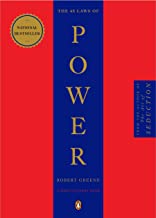 In the book that People magazine proclaimed “beguiling” and “fascinating,” Robert Greene and Joost Elffers have distilled three thousand years of the history of power into 48 essential laws by drawing from the philosophies of Machiavelli, Sun Tzu, and Carl Von Clausewitz and also from the lives of figures…
Author(s): Robert Greene

This slim paperback contains both Sun Tzu’s timeless work “The Art of War” and Niccolo Machiavelli’s indispensable “The Prince”, printed in that order. Both works are almost too short to warrant printing them alone, and most anyone that would read one would want to read the other. So, it only makes sense that they should be published together for a better price than one can buy them both individually.
Author(s): Sun Tzu, Niccolo Macchiavelli

Sun Tzu & Machiavelli Leadership Secrets: How To Become A Superior Leader Utilizing The Principles Of The Art Of War And The Prince (2016)

Sun Tzu’s ‘The Art of War’ and Machiavelli’s ‘The Prince’ both are fundamentally important works related to the areas of strategic leadership and decision making. Although almost every leader has heard of these works, very few have read them in depth and applied the lessons they contain to their own life. This is a huge oversight. Both books contain wisdom and advice which is applicable to almost any situation a leader finds they are in.
Author(s): Anthony D. Jensen

In the four and a half centuries since Machiavelli’s death, no single and unanimously accepted interpretation of his ideas has succeeded in imposing itself upon the lively debate over the meaning of his works. Yet there has never been any doubt about the fundamental importance of Machiavelli’s contribution to Western political theory.
Author(s): Niccolo Machiavelli, Peter Bondanella , et al.

DO NOT BE NEUTRAL | The Prince by Niccolo Machiavelli

Best Machiavelli Books You Should Read

We highly recommend you to buy all paper or e-books in a legal way, for example, on Amazon. But sometimes it might be a need to dig deeper beyond the shiny book cover. Before making a purchase, you can visit resources like Library Genesis and download some machiavelli books mentioned below at your own risk. Once again, we do not host any illegal or copyrighted files, but simply give our visitors a choice and hope they will make a wise decision.

Homer and the Tradition of Political Philosophy: Encounters with Plato, Machiavelli, and Nietzsche

Please note that this booklist is not definite. Some books are absolutely best-sellers according to The New York Times, others are drafted by unknown authors. On top of that, you can always find additional tutorials and courses on Coursera, Udemy or edX, for example. Are there any other relevant resources you could recommend? Drop a comment if you have any feedback on the list.