Here is a list of the best Lincoln books, some I have read myself, some that I did research on, and all have great reviews!

A masterful work by Pulitzer Prize–winning author David Herbert Donald, Lincoln is a stunning portrait of Abraham Lincoln’s life and presidency.Donald brilliantly depicts Lincoln’s gradual ascent from humble beginnings in rural Kentucky to the ever-expanding political circles in Illinois, and finally to the presidency of a country divided by civil war.
Author(s): David Herbert Donald

first novel from the author of Tenth of December: a moving and original father-son story featuring none other than Abraham Lincoln, as well as an unforgettable cast of supporting characters, living and dead, historical and invented February 1862. The Civil War is less than one year old. The fighting has begun in earnest, and the nation has begun to realize it is in for a long, bloody struggle.
Author(s): George Saunders

Team of Rivals: The Political Genius of Abraham Lincoln (2006)

Everyone wants to define the man who signed his name “A. Lincoln.” In his lifetime and ever since, friend and foe have taken it upon themselves to characterize Lincoln according to their own label or libel. In this magnificent book, Ronald C. White, Jr., offers a fresh and compelling definition of Lincoln as a man of integrity–what today’s commentators would call “authenticity”–whose moral compass holds the key to understanding his life.
Author(s): Ronald C. White

You think you have it rough?Only ten days before Abraham Lincoln took the oath of office in 1861, the Confederate States of America seceded from the Union, taking all Federal agencies, forts, and arenas within their territory.
Author(s): Donald T. Phillips 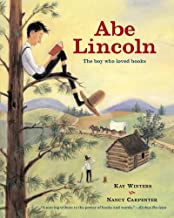 In a tiny log cabin a boy listened with delight to the storytelling of his ma and pa. He traced letters in sand, snow, and dust. He borrowed books and walked miles to bring them back. When he grew up, he became the sixteenth president of the United States. His name was Abraham Lincoln. He loved books. They changed his life. He changed the world.
Author(s): Kay Winters, Nancy Carpenter

Lincoln’s Melancholy: How Depression Challenged a President and Fueled His Greatness (2006)

Giving shape to the deep depression that pervaded Lincoln’s adult life, Joshua Wolf Shenk’s Lincoln’s Melancholy reveals how this illness influenced both the president’s character and his leadership. Lincoln forged a hard path toward mental health from the time he was a young man. Shenk draws from historical record, interviews with Lincoln scholars, and contemporary research on depression to understand the nature of his unhappiness.
Author(s): Joshua Wolf Shenk 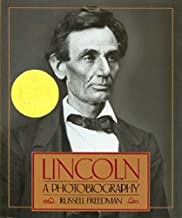 Abraham Lincoln stood out in a crowd as much for his wit and rollicking humor as for his height. This Newbery Medal-winning biography of our Civil War president is warm, appealing, and illustrated with dozens of carefully chosen photographs and prints.Russell Freedman begins with a lively account of Abraham Lincoln’s boyhood, his career as a country lawyer, and his courtship and marriage to Mary Todd.
Author(s): Russell Freedman

Gore Vidal’s Narratives of Empire series spans the history of the United States from the Revolution to the post-World War II years.
Author(s): Gore Vidal 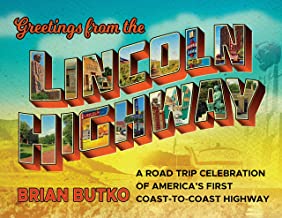 Lewis and Lindsay Thorpe were the perfect couple: young, attractive, and ideally matched. But the veil of perfection can mask many blemishes.
Author(s): Lincoln Child 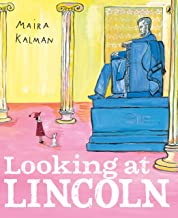 Who was Lincoln really? This little girl wants to find out. She discovers, among other things, that our sixteenth president was a man who believed in freedom for all, had a dog named Fido, loved Mozart, apples, and his wife’s vanilla cake, and kept his notes in his hat. From his boyhood in a log cabin to his famous presidency and untimely death, Maira Kalman shares Lincoln’s remarkable life with young readers in a fresh and exciting way.
Author(s): Maira Kalman

Mickey Haller is a Lincoln Lawyer, a criminal defense attorney who operates out of the backseat of his Lincoln Town Car, traveling between the far-flung courthouses of Los Angeles to defend clients of every kind. Bikers, con artists, drunk drivers, drug dealers — they’re all on Mickey Haller’s client list. For him, the law is rarely about guilt or innocence, it’s about negotiation and manipulation.
Author(s): Michael Connelly

Lincoln Value of a Compass

Best Lincoln Books Everyone Should Read

We highly recommend you to buy all paper or e-books in a legal way, for example, on Amazon. But sometimes it might be a need to dig deeper beyond the shiny book cover. Before making a purchase, you can visit resources like Library Genesis and download some lincoln books mentioned below at your own risk. Once again, we do not host any illegal or copyrighted files, but simply give our visitors a choice and hope they will make a wise decision.

Go to School, You're a Little Black Boy: The Honourable Lincoln M. Alexander: A Memoir

Lincoln’s Spies: Their Secret War to Save a Nation

President Lincoln: The Duty of a Statesman