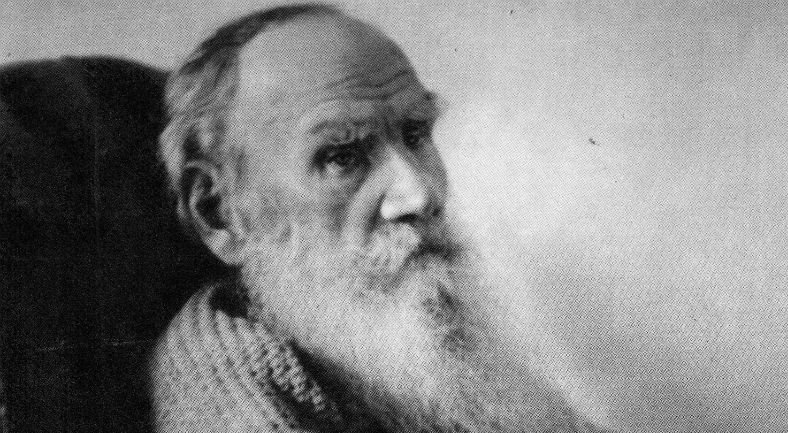 Our list of some of the best Leo Tolstoy books & series in recent years. Get inspired by one or more of the following books.

“The Kingdom of God Is Within You” is Leo Tolstoy’s magnum opus of philosophy and religious thought. The book is cited by Mahatma Gandhi as one of the chief influences in the development of his philosophy of non-violence.
Author(s): Leo Tolstoy, Constance Garnett

broadly focuses on Napoleon’s invasion of Russia in 1812 and follows three of the most well-known characters in literature: Pierre Bezukhov, the illegitimate son of a count who is fighting for his inheritance and yearning for spiritual fulfillment; Prince Andrei Bolkonsky, who leaves his family behind to fight in the war against Napoleon; and Natasha Rostov, the beautiful young daughter of a nobleman who intrigues both men.A s Napoleon’s army invades, Tolstoy brilliantly follows char…
Author(s): Leo Tolstoy , Richard Pevear, et al.

Translated by Louise and Aylmer Maude. Introduction and Notes by E.B. Greenwood, University of Kent Anna Karenina is one of the most loved and memorable heroines of literature. Her overwhelming charm dominates a novel of unparalleled richness and density.
Author(s): Leo Tolstoy , Louise Maude, et al.

A Confession and Other Religious Writings (Penguin Classics) (1988)

Tolstoy’s passionate and iconoclastic writings–on issues of faith, immortality, freedom, violence, and morality–reflect his intellectual search for truth and a religion firmly grounded in reality. The selection includes ‘A Confession,’ ‘Religion and Morality,’ ‘What Is Religion, and of What Does Its Essence Consist?,’ and ‘The Law of Love and the Law of Violence.’For more than seventy years, Penguin has been the leading publisher of classic literature in the English-speaking world.
Author(s): Leo Tolstoy, Jane Kentish

Hailed as one of the world’s supreme masterpieces on the subject of death and dying, is the story of a worldly careerist, a high court judge who has never given the inevitability of his death so much as a passing thought. But one day death announces itself to him, and to his shocked surprise he is brought face to face with his own mortality.
Author(s): Leo Tolstoy , Lynn Solotaroff, et al.

Serving on the jury at a murder trial, Prince Dmitri Nekhlyudov is devastated when he sees the prisoner – Katyusha, a young maid he seduced and abandoned years before. As Dmitri faces the consequences of his actions, he decides to give up his life of wealth and luxury to devote himself to rescuing Katyusha, even if it means following her into exile in Siberia. But can a man truly find redemption by saving another person?
Author(s): Leo Tolstoy, Anthony Briggs

Described by William Faulkner as the best novel ever written and by Fyodor Dostoevsky as “flawless,” Anna Karenina tells of the doomed love affair between the sensuous and rebellious Anna and the dashing officer, Count Vronsky. Tragedy unfolds as Anna rejects her passionless marriage and thereby exposes herself to the hypocrisies of society.
Author(s): Leo Tolstoy , Richard Pevear, et al.

The Death of Ivan Ilyich and Other Stories (Vintage Classics) (2010)

A vibrant translation of Tolstoy’s most important short fiction by the award-winning translators of War and Peace. Here are eleven masterful stories from the mature author, some autobiographical, others moral parables, and all told with the evocative power that was Tolstoy’s alone.  They include “The Prisoner of the Caucasus,” inspired by Tolstoy’s own experiences as a soldier in the Chechen War, “Hadji Murat,” the novella Harold Bloom called “…
Author(s): Leo Tolstoy, Richard Pevear, et al.

The brilliant shorter novels of Tolstoy, including The Death of Ivan Ilych and Family Happiness, collected and reissued with a beautiful updated design. Of all Russian writers Leo Tolstoy is probably the best known to the Western world, largely because of War and Peace, his epic in prose, and Anna Karenina, one of the most splendid novels in any language. But during his long lifetime Tolstoy also wrote enough shorter works to fill many volumes.
Author(s): Leo Tolstoy , Louise Maude, et al.

The plot of Family Happiness is extremely simple as compared to lauded Tolstoy works like Anna Karenina, War and Peace and Resurrection, but Tolstoy’s straightforward style of writing and ability to relate every detail of his settings makes this book a highly enjoyable read.
Author(s): Leo Tolstoy , Louise Maude, et al.

This profound analysis of the nature of art is the culmination of a series of essays and polemics on issues of morality, social justice, and religion. Considering and rejecting the idea that art reveals and reinvents through beauty, Tolstoy perceives the question of the nature of art to be a religious one.
Author(s): Leo Tolstoy , Richard Pevear, et al.

We highly recommend you to buy all paper or e-books in a legal way, for example, on Amazon. But sometimes it might be a need to dig deeper beyond the shiny book cover. Before making a purchase, you can visit resources like Library Genesis and download some leo tolstoy books mentioned below at your own risk. Once again, we do not host any illegal or copyrighted files, but simply give our visitors a choice and hope they will make a wise decision.

The power of darkness: a drama in five acts

Leo Tolstoy and the Canadian Doukhobors: A Study in Historic Relationships. Expanded and Revised Edition

Please note that this booklist is not absolute. Some books are absolutely record-breakers according to The Wall Street Journal, others are composed by unknown writers. On top of that, you can always find additional tutorials and courses on Coursera, Udemy or edX, for example. Are there any other relevant books you could recommend? Leave a comment if you have any feedback on the list.