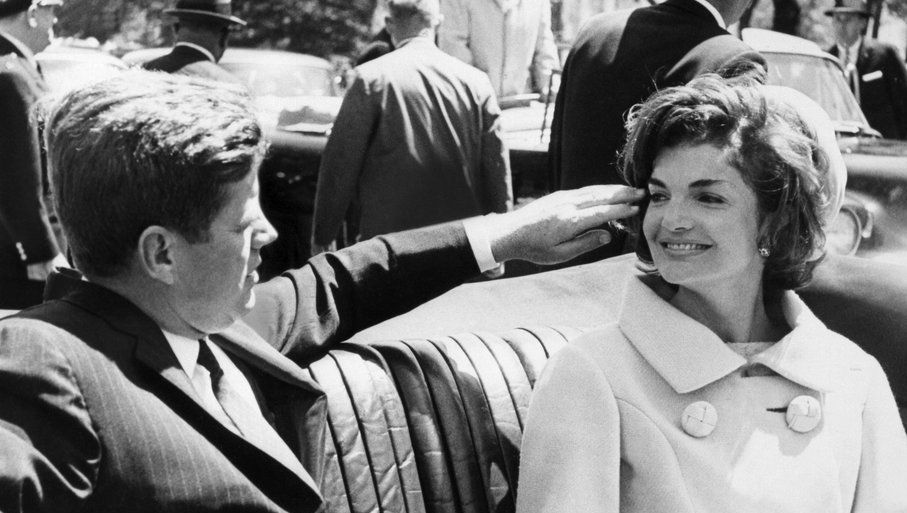 Our list of some of the best Jackie Kennedy books & series in recent years. Get inspired by one or more of the following books.

Jacqueline Bouvier Kennedy Onasis: The Untold Story is the first book to document Jackie’s thirty-one-year struggle with posttraumatic stress disorder (PTSD). Here is the woman as she has never been seen before.
Author(s): Barbara Leaming

When we think of how we would like to be remembered, many things will come to mind. Perhaps for our family, maybe for things we have achieved, for our kindness, or for our understanding, and empathy. Though, for Jackie Kennedy, recognition comes mostly from one day in November 1963, her involvement in a defining event which fixes her in the public eye.Despite the fact that she would go on to achieve much more in her life and prior to that day had built up a promising career.
Author(s): Katy Holborn

Upstairs at the White House: My Life with the First Ladies (2016)

J. B. West, chief usher of the White House, directed the operations and maintenance of 1600 Pennsylvania Avenue—and coordinated its daily life—at the request of the president and his family. He directed state functions; planned parties, weddings and funerals, gardens and playgrounds, and extensive renovations; and, with a large staff, supervised every activity in the presidential home.
Author(s): J. B. West, Mary Lynn Kotz

“Do you know what the secret to happily-ever-after is?” Janet Bouvier Auchincloss would ask her daughters Jackie and Lee during their tea time. “Money and Power,” she would say. It was a lesson neither would ever forget. They followed in their mother’s footsteps after her marriages to the philandering socialite “Black Jack” Bouvier and the fabulously rich Standard Oil heir Hugh D. Auchincloss. Jacqueline Bouvier would marry John F.
Author(s): J. Randy Taraborrelli

The #1 New York Times bestselling memoir by Clint Hill that Kirkus Reviews called “clear and honest prose free from salaciousness and gossip,” Jackie Kennedy’s personal Secret Service agent details his very close relationship with the First Lady during the four years leading up to and following President John F. Kennedy’s tragic assassination.In those four years, Hill was by Mrs. Kennedy’s side for some of the happiest moments as well as the darkest.
Author(s): Clint Hill, Lisa McCubbin

Nemesis: The True Story of Aristotle Onassis, Jackie O, and the Love Triangle That Brought Down the Kennedys (2005)

A longtime investigative journalist uncovers one of the great untold stories of twentieth-century international intrigue, and the secrets it has held until now. Shipping tycoon Aristotle Onassis and Bobby Kennedy, two of the world′s richest and most powerful men, disliked one another from the moment they first met.
Author(s): Peter Evans

The Fabulous Bouvier Sisters: The Tragic and Glamorous Lives of Jackie and Lee (2019)

Jacqueline Kennedy Onassis lived both a charmed and tragic life. Best known for being First Lady of the United States during the presidency of John F.
Author(s): University Press

An endearing coming-of-age memoir by a young woman who spent thirteen years as Jackie Kennedy’s personal assistant and occasional nanny—and the lessons about life and love she learned from the glamorous first lady.In 1964, Kathy McKeon was just nineteen and newly arrived from Ireland when she was hired as the personal assistant to former first lady Jackie Kennedy.
Author(s): Kathy McKeon

The Kennedy Heirs: John, Caroline, and the New Generation – A Legacy of Triumph and Tragedy (2020)

For someone who could arguably be referred to as the most famous woman in the world, Jacqueline Bouvier Kennedy Onassis was fiercely private. And who could blame her? Over the course of a lifetime, the former First Lady was a participant in and witness to moments that changed our country and world forever; it was no wonder there were things she’d rather keep to herself. One thing that was never a secret, however, was her love for her children. From the time Caroline and John Jr.
Author(s): Hearst Specials – 2019-4 SIP, Hearst

Mrs. Kennedy: The Missing History of the Kennedy Years (2002)

New York Times bestselling author Barbara Leaming answers the question: What was it like to be Mrs. John F. Kennedy during the dramatic thousand days of the Kennedy presidency?
Author(s): Barbara Leaming

Featuring… *JFK*Jackie Kennedy2 Great Books in 1! John F. Kennedy was elected as the 35th president of the United States in 1960. At that time, he was a member of one of the wealthiest families in America. He had an extremely elite education and was considered a military hero, though his act of heroism is still questioned by many. His running mate for the election was not his to choose and was not someone he cared to have as a vice-president. Lyndon B.
Author(s): Phil Coleman, Katy Holborn

Over the years there have been many books published about the Kennedy family, individually and collectively. But only this book provides a powerful and detailed look at the complex relationships shared between the three women who were not born Kennedy but who married into the family: Jackie Bouvier, Ethel Skakel, and Joan Bennett. For each of the Kennedy wives, the Camelot years provided an entirely different experience of life lessons.
Author(s): J. Randy Taraborrelli

Kennedy: A Captivating Guide to the Life of John F. Kennedy and Jacqueline Lee Kennedy Onassis (2017)

Gallup’s List of Widely Admired People of the Twentieth Century places President John F. Kennedy in the third slot, behind Martin Luther King, Jr., and Mother Teresa. Needless to say, President Kennedy’s name is one that will not soon be forgotten. Many people will simply recall him as the handsome president who reigned for a short while before his unfortunate death at the hands of an assassin in Dallas, Texas.
Author(s): Captivating History

We highly recommend you to buy all paper or e-books in a legal way, for example, on Amazon. But sometimes it might be a need to dig deeper beyond the shiny book cover. Before making a purchase, you can visit resources like Library Genesis and download some jackie kennedy books mentioned below at your own risk. Once again, we do not host any illegal or copyrighted files, but simply give our visitors a choice and hope they will make a wise decision.

Jackie's Newport: America's first lady and the city by the sea

Touched by the Sun: My Friendship With Jackie

Please note that this booklist is not final. Some books are absolutely record-breakers according to Chicago Tribune, others are written by unknown authors. On top of that, you can always find additional tutorials and courses on Coursera, Udemy or edX, for example. Are there any other relevant links you could recommend? Drop a comment if you have any feedback on the list.