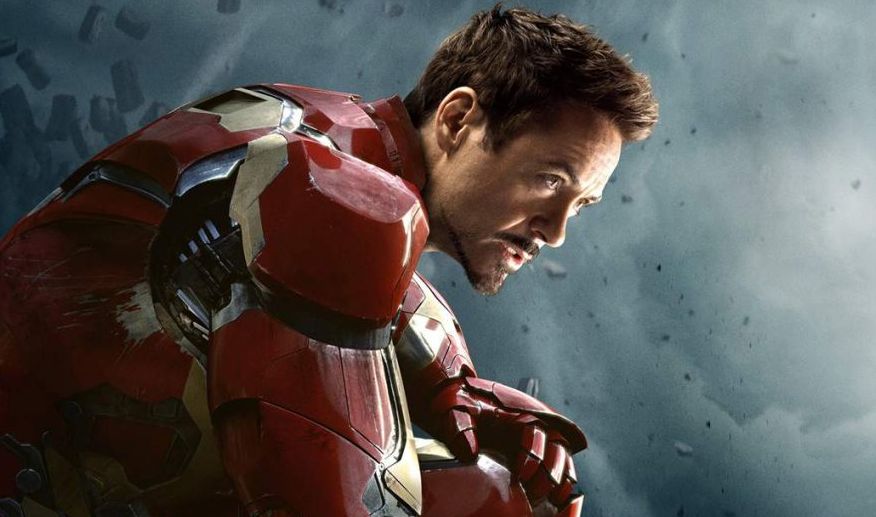 Looking for the best Iron Man books? Browse our list to find excellent book recommendations on the subject.

Iron Man faces his most untouchable foe in criminal industrialist Justin Hammer and his literal army of super-villains! But can the Armored Avenger overcome an even more implacable personal demon, invulnerable to technology or wealth? Guest-starring Ant-Man and the Sub-Mariner! Collects Iron Man #120-128.
Author(s): David Michelinie , Bob Layton, et al.

Mankind must put a stop to the dreadful destruction by the Iron Man and set a trap for him, but he cannot be kept down. Then, when a terrible monster from outer space threatens to lay waste to the planet, it is the Iron Man who finds a way to save the world.
Author(s): Ted Hughes

Tony Stark is an inventive genius dedicated to creating technology for the betterment of humanity. And Stark’s greatest creation is a modern-day miracle: the invincible Iron Man armor! But when Stark discovers that the same top-secret tech he used to create Iron Man is now in the hands of several deadly super villains, he feels responsible for the evil they have done.
Author(s): Bob Layton, David Michelinie , et al.

From the cusp of tomorrow’s dreams to the forefront of imagination, one man always soars on the cutting edge of adventure! You know his name. Everyone knows his name! Tony Stark is Iron Man. And Iron Manis an idea. Always changing. Always evolving. Now Dan Slott and Valerio Schiti propel the ultimate self-made hero to new heights of inventiveness! But Tony has been holding back an enormous secret since his return, and there’s only one person on Earth he’d trust with it: James Rhodes?!
Author(s): Dan Slott, Valerio Schiti

Iron Man’s nemesis, the Mandarin, has returned and he pushes the Golden Avenger to the breaking point. First, he pits Iron Man against the Incredible Hulk in a battle of the titans that only one will walk away from, and then he tears down Tony Stark after discovering he is Iron Man! It’s an all-time Iron Man classic, and there’s more where that came from. Tony Stark finds himself replaced by his own S.H.I.E.L.D. Life-Model Decoy.
Author(s): Archie Goodwin, George Tuska, et al.

Kurt Busiek and Sean Chen return Tony Stark to the Marvel Universe – and restore the shine to Iron Man! As Tony rebuilds his corporation from the ground up, enemies old and new remind him his work is never done! With romance, rivalry and robots to keep Tony busy, can he help his Avengers teammate Warbird in her own struggle against his worst enemythe one in a bottle? Plus, Shellhead must deal with a cold, calculated and very personal attack from his archnemesis – the Mandarin!
Author(s): Kurt Busiek, Richard Howell, et al.

Tony Stark – billionaire industrialist, Invincible Iron Man and now Director of S.H.I.E.L.D. -faces the most overwhelming challenge of his life. Ezekiel Stane, the son of Tony’s late business rival and archenemy Obadiah, has set his sights, his genius, and his considerable fortune on the task of destroying the Stark legacy.
Author(s): Matt Fraction, Salvador Larroca

Iron Man: My Journey through Heaven and Hell with Black Sabbath (2012)

chronicles the story of both pioneering guitarist Tony Iommi and legendary band Black Sabbath, dubbed “The Beatles of heavy metal” by Rolling Stone. reveals the man behind the icon yet still captures Iommi’s humor, intelligence, and warmth.
Author(s): Tony Iommi

DANGER! Menacing mongrels and frightening phantoms ahead!Whether running Stark Industries or suited up as Iron Man, Tony Stark has dedicated his life to making sure his technologies do not harm others. When S.H.I.E.L.D. agent Coulson informs Tony that two Avengers went missing while looking into one of his inventions, Tony immediately transforms into Iron Man and jets off to find them! But his simple rescue turns out to be . . . NOT SO SIMPLE.
Author(s): Steve Behling , Chris Sotomayor, et al.

When Tony Stark is wounded and taken prisoner in the Middle East, he creates a suit of armor to keep him alive and escape, and plans to right the wrongs he committed as an arms dealer by becoming the superhero Iron Man.
Author(s): Peter David, Sean Chen

The Ghost is back! As Tony Stark battles with the ramifications of the Armor Wars, he must convince the world that there’s a new Iron Man -and what better way to boost Shell-Head’s popularity than stopping a nuclear satellite from crashing to Earth! Spider-Man helps out against the Radioactive Man, as Steve Rogers and Ant-Man drop by! But as an alien spreads horror in orbit, the Rhino wreaks havoc on Earth!
Author(s): Bob Layton, David Michelinie, et al.

The search for Tony Stark begins! The former Iron Man has vanished. And, as the mystery of his whereabouts deepens, and some very surprising people from Tony Stark’s present, past and future come together to help in the hunt, the time comes to decide – once and for all – who will wield the armor of Iron Man! All the contenders are in position, and now the contest beginsfor there can only be one Golden Avenger!
Author(s): Brian Michael Bendis, Stefano Caselli, et al.

You Are an Ironman: How Six Weekend Warriors Chased Their Dream of Finishing the World’s Toughest Triathlon (2012)

As he did so masterfully in his New York Times bestseller, The Gatekeepers, Jacques Steinberg creates a compelling portrait of people obsessed with reaching a life-defining goal.
Author(s): Jacques Steinberg

Bo has been at war with his father for as long as he can remember.
Author(s): Chris Crutcher

We highly recommend you to buy all paper or e-books in a legal way, for example, on Amazon. But sometimes it might be a need to dig deeper beyond the shiny book cover. Before making a purchase, you can visit resources like Library Genesis and download some iron man books mentioned below at your own risk. Once again, we do not host any illegal or copyrighted files, but simply give our visitors a choice and hope they will make a wise decision.

Tending the Fire: Ignite Your Heart and Live Life as a Man

Please note that this booklist is not final. Some books are really record-breakers according to The New York Times, others are composed by unknown writers. On top of that, you can always find additional tutorials and courses on Coursera, Udemy or edX, for example. Are there any other relevant links you could recommend? Drop a comment if you have any feedback on the list.