Skip to content
BLGM's mission is to promote a love of books and reading to all by offering advice and information needed to help our visitors to find their next favorite book. We regularly create and post so-called listicles (also known as booklists) on various mostly tech-related topics.
Home » Reviews
Author BLGMReading 8 minViews 326Published by April 15, 2018

Our list of some of the best Impressionism books & series in recent years. Get inspired by one or more of the following books. 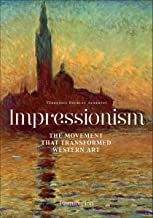 A comprehensive, accessible, and richly illustrated guide to impressionism—the perennially popular artistic movement that led to the radical renewal of Western art. Monet, Renoir, Degas, Rodin, Cezanne, Van Gogh, and the other Impressionist artists burst onto the art scene in the second half of the nineteenth century, creating shock waves with their rebellious rejection of the academy’s strict rules dictating subject matter, style, and even color. Their art, labeled impressionism, coincided with the Industrial Revolution, when the world was suddenly jettisoned into modernity. The young artists…
Author(s): Bouruet Aubortot, Veronique 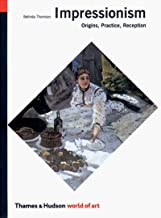 During the 1870s and 1880s, a loose group of French artists, including Pissarro, Monet, and Renoir, adopted a style of painting and subject matter that challenged the art prompted by the Academie Francaise and the Salons where “official” assumptions about the meaning of painting prevailed. What has been called “the revolutionary nature of the Impressionist enterprise” emerged from political radicalism, belief in science and individualism, and a view of art true to modern life and to immediate visual perception. In all these respects, Impressionism initiated the radical tendencies of modern…
Author(s): Belinda Thomson

3. The Judgment of Paris: The Revolutionary Decade That Gave the World Impressionism (2006)

While the Civil War raged in America, another revolution took shape across the Atlantic, in the studios of Paris: The artists who would make Impressionism the most popular art form in history were showing their first paintings amidst scorn and derision from the French artistic establishment. Indeed, no artistic movement has ever been quite so controversial. The drama of its birth, played out on canvas and against the backdrop of the Franco-Prussian War and the Commune, would at times resemble a battlefield; and as Ross King reveals, it would reorder both history and culture, and…
Author(s): Ross King

A comprehensive study of one of the most popular art movements….
Author(s): James Henry Rubin 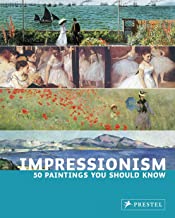 No artistic education is complete without a healthy dose of the Impressionists. Here fifty of the most important works from the early nineteenth through the early twentieth centuries are gorgeously reproduced, including the best of Monet, Degas, van Gogh, Renoir, Cézanne, Cassatt, Manet, Seurat, and Pisarro. Each piece is given a brief overview establishing its place in the Impressionist pantheon as well as in its artist’s oeuvre. An introductory text explains the Impressionistic style, tracing the movement’s development, while an appendix offers biographies of the artists. The result is a veritable seminar…
Author(s): Ines Janet Engelmann 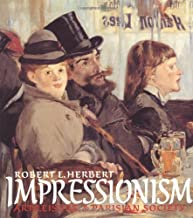 “Long-awaited, this full-scale revision of Impressionism immediately supersedes all other studies in the field.  Herbert rejuvenates even the most famous paintings by seeing them in a dense and flexible context touching on everything from the hierarchy of theater boxes to the role of beer-hall waitresses.  His mind and eye are as supple as his lucid prose, and his command of sociological data is staggering.  In this classic of art history, both art and history are triumphantly reborn.”―Robert Rosenblum, New York UniversityThis remarkable book will transform the way we look at…
Author(s): Robert L. Herbert 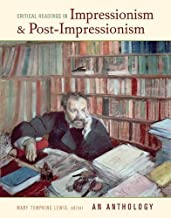 Though they were often ridiculed or ignored by their contemporaries, today astonishing sums are paid for their paintings. Their dazzling works are familiar to even the most casual art lovers—but how well does the world know the Impressionists as people?Sue Roe’s colorful, lively, poignant, and superbly researched biography, The Private Lives of the Impressionists, follows an extraordinary group of artists into their Paris studios, down the rural lanes of Montmartre, and into the rowdy riverside bars of a city undergoing monumental change. Vivid and unforgettable, it casts a brilliant, revealing light on this…
Author(s): Sue Roe 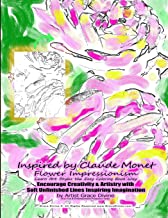 Inspired by Claude MonetFlower ImpressionismLearn Art Styles the Easy Coloring Book WayEncourage Creativity & Artistry with Soft Unfinished Lines Inspiring Imaginationby Artist Grace Divine(For Fun & Entertainment Purposes Only) This is a new sort of coloring book that besides exercising coloring skills, it inspires creativity and artistry. This is because the drawings are impressionistic in style. The lines are in different shades and some of them are unfinished. This is so in order to encourage the artist to imagine how the lines would be finished, to free the art style and to inspire creativty….
Author(s): Grace Divine

10. Cezanne and the End of Impressionism: A Study of the Theory, Technique, and Critical Evaluation of Modern Art (1986)

Drawing on a broad foundation in the history of nineteenth-century French art, Richard Shiff offers an innovative interpretation of Cézanne’s painting. He shows how Cézanne’s style met the emerging criteria of a “technique of originality” and how it satisfied critics sympathetic to symbolism as well as to impressionism. Expanding his study of the interaction of Cézanne and his critics, Shiff considers the problem of modern art in general. He locates the core of modernism in a dialectic of making (technique) and finding (originality). Ultimately, Shiff provides not only clarifying accounts of impressionism and symbolism but of…
Author(s): Richard Shiff

11. 50 Art Movements You Should Know: From Impressionism to Performance Art (2018) 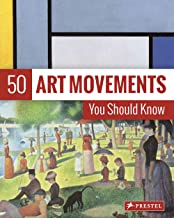 The latest volume in this beautifully produced and affordable series introduces readers to the major developments in the history of modern art—from Realism to the New Leipzig School. The story of modern art begins with a revolution—when the realists started rejecting romanticism in favor of depicting life as it really was. Since that movement began in the mid- 19th century, painters have been rebelling, rethinking, deconstructing, and challenging notions of what art is. Filled with stunning reproductions of some of the world’s greatest…
Author(s): Rosalind Ormiston

Best Impressionism Books that Should be on Your Bookshelf

We highly recommend you to buy all paper or e-books in a legal way, for example, on Amazon. But sometimes it might be a need to dig deeper beyond the shiny book cover. Before making a purchase, you can visit resources like Genesis and download some impressionism books mentioned below at your own risk. Once again, we do not host any illegal or copyrighted files, but simply give our visitors a choice and hope they will make a wise decision.

Technique and Practice of Impressionism.: Techniques and Methods - Color Theory.

Color in the Age of Impressionism: Commerce, Technology, and Art

Please note that this booklist is not errorless. Some books are really chart-busters according to The Wall Street Journal, others are composed by unknown authors. On top of that, you can always find additional tutorials and courses on Coursera, Udemy or edX, for example. Are there any other relevant links you could recommend? Drop a comment if you have any feedback on the list.