Skip to content
📚 Book Lovin' Geek Mamas are on a mission to promote a love of books and reading to everyone. We help our visitors to find their next favorite book. Our authors regularly create and post so-called listicles (also known as booklists) on various mostly tech-related topics.
Home » Reviews
Author BLGMReading 2 minViews 928Published by November 15, 2018

Looking for the best Hermetic books? Browse our list to find excellent book recommendations on the subject.

Self-initiation into the Holy Mysteries with the need of a guru or master. Initiation into Hermetics provides step by step instruction in the form of practical exercises. These exercises lead to the development of body, soul and spirit. The result of the practical exercises is the development of occult abilities which can be of benefit to the student, in as far as he can change his existence for the better. The great mystery of the Tetragrammaton, the key to the tetrapolar magnet, is explained.
Author(s): Franz Bardon

The Kybalion: A Study of The Hermetic Philosophy of Ancient Egypt and Greece (2012) 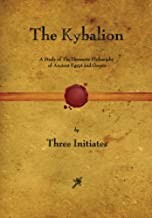 An unabridged edition of the 1908 printing: A Study of The Hermetic Philosophy of Ancient Egypt and Greece
Author(s): Three Initiates

Giordano Bruno and the Hermetic Tradition (1991)

Placing Bruno—both advanced philosopher and magician burned at the stake—in the Hermetic tradition, Yates’s acclaimed study gives an overview not only of Renaissance humanism but of its interplay—and conflict—with magic and occult practices. “Among those who have explored the intellectual world of the sixteenth century no one in England can rival Miss Yates. Wherever she looks, she illuminates. Now she has looked on Bruno.
Author(s): Frances A. Yates

The Hermetic Tradition: Symbols and Teachings of the Royal Art (1995)

This important survey of alchemical symbols and doctrines sets forth the mysterious worldview and teachings of the practitioners of the “royal art.” One of the leading exponents of the Hermetic tradition, Julius Evola demonstrates the singularity of subject matter that lies behind the words of all adepts in all ages, showing how alchemy–often misunderstood as primitive chemistry or a mere template for the Jungian process of “individuation”–is nothing less than a universal secret science of

Hermetic Yoga, Beyond the Middle Pillar, Volume One (2015) 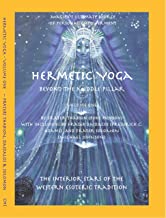 Hermetic Yoga, Beyond the Middle Pillar is the first major pblication of the Western version of the yoga chakra system. It is based on the ancient Hermetic and Pythagorean arrangement of the Solar system and the order of the spheres in the Qabalistic Tree of Life. It is a completed version of the Golden Dawn’s Middle Pillar exercise.
Author(s): Frater Thabion (Poke Runyon), Lawren Freebody, et al.

Edited and introduced by Stephen Edred Flowers, Ph.D. This book opens the gate to the use of the authentic Hermetic formulas concealed in the magical papyri of Egypt. Students can use this information as a basis for developing and enacting their own magical systems. Organized in four parts History, Theory, Practice, and Operation (in the form of the Magical Papyrus of Abaris). Illustrated. Glossary. Index.
Author(s): Flowers PhD, Stephen E.

The New Hermetics: 21st Century Magick for Illumination and Power (2004)

The New Hermetics is a powerful spiritual technology of the mind. It is a course of study and practice that teaches the science of illumination and the ability to alter reality. The ancient Egyptian form of Hermetic philosophy was that the mind shapes reality.
Author(s): Jason Augustus Newcomb, Lon Milo Duquette

A Bardon Companion: A practical companion for the student of Franz Bardon’s system of Hermetic initiation (2010)

This book is one of the best and most comprehensive about Hermetic philosophy and a perfect textbook for your first steps into alchemy. Being a real suggestive inquiry into the Hermetic mystery, this work consists of four parts: I. An Exoteric View of the Progress and Theory of Alchemy II. A More Esoteric Consideration of the Hermetic Art & Its Mysteries III. Concerning the Laws and Vital Conditions of the Hermetic Experiment IV. The Hermetic Practice
Author(s): Mary Anne Atwood

The Corpus Hermeticum: Initiation Into Hermetics, The Hermetica Of Hermes Trismegistus (2016)

Hermetics is a religious, philosophical, and esoteric practice based around the beliefs and writings of the pagan priest Hermes Trismegistus. Influential for its distinct beliefs and characteristics, Hermeticism carried a profound influence over the Renaissance in Europe.
Author(s): G. R. S. Mead

Hegel and the Hermetic Tradition (2008)

Glenn Alexander Magee’s pathbreaking book argues that Hegel was decisively influenced by the Hermetic tradition, a body of thought with roots in Greco-Roman Egypt. Magee traces the influence on Hegel of such Hermetic thinkers as Baader, Böhme, Bruno, and Paracelsus, and fascination with occult and paranormal phenomena.
Author(s): Glenn Alexander Magee

The Secret Teachings of All Ages: An Encyclopedic Outline of Masonic, Hermetic, Qabbalistic and Rosicrucian Symbolical Philosophy (2011) 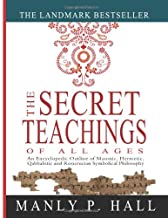 A dense encyclopedia and a solid starting point from which to dive into subjects such as the Qabbala, Alchemy, Tarot, Ceremonial Magic, Neo-Platonic Philosophy, Mystery Religions, and the theory of Rosicrucianism and Freemasonry.
Author(s): Manly P. Hall

We highly recommend you to buy all paper or e-books in a legal way, for example, on Amazon. But sometimes it might be a need to dig deeper beyond the shiny book cover. Before making a purchase, you can visit resources like Library Genesis and download some hermetic books mentioned below at your own risk. Once again, we do not host any illegal or copyrighted files, but simply give our visitors a choice and hope they will make a wise decision.

Hermetic Spirituality and the Historical Imagination: Altered States of Knowledge in Late Antiquity

The Little Book of Hermetic Principles : Heal Your Energy, Seek Enlightenment, and Deepen Your Understanding of Your Mind, Body, and Spirit

The Hermetic Physician: The Magical Teachings of Giuliano Kremmerz and the Fraternity of Myriam

Please note that this booklist is not final. Some books are really chart-busters according to The New York Times, others are written by unknown authors. On top of that, you can always find additional tutorials and courses on Coursera, Udemy or edX, for example. Are there any other relevant resources you could recommend? Drop a comment if you have any feedback on the list.