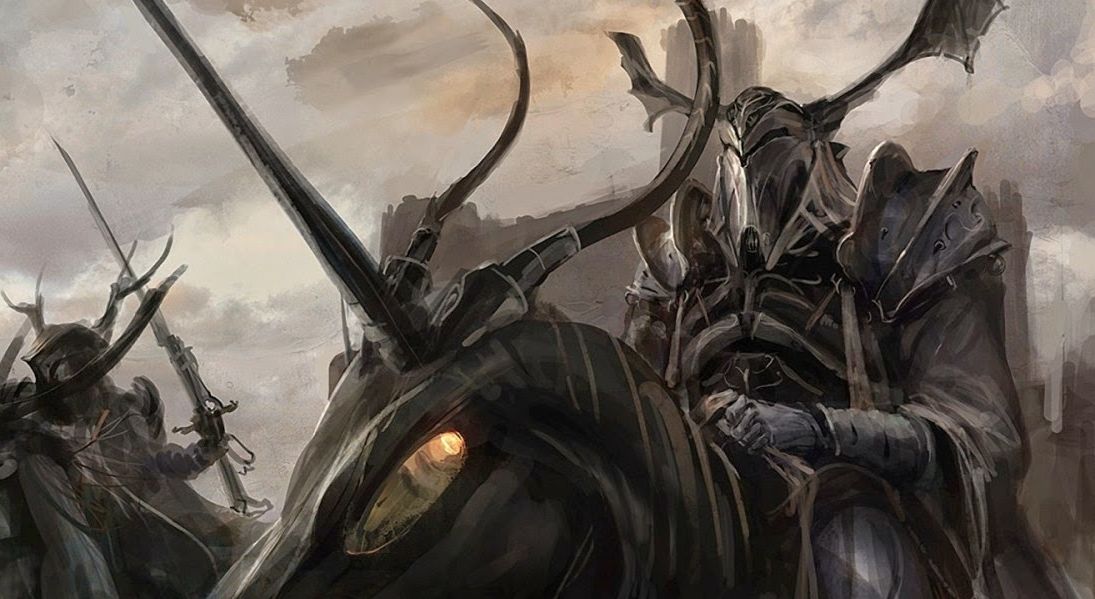 Until you’ve consumed all of the best Grimdark Fantasy books, can you even claim to be a true fan?

The Sellsword knows an opportunity when he sees one. When herides into the border city of Aldreth, he can tell that the power strugglebetween two feuding wizards needs a solitary spark to ignite into all-out-war.As he sets the corrupt paladins and demonic adepts against each other, he's notsurprised when the blood begins to flow But after the alluring duchess catches his eye, theSellsword puts himself in harm's way to protect her and the innocent people ofAldreth.
Author(s): James Alderdice

A nation’s elite warriors vanished. A throne in jeopardy on the heels of murder. War flamed by a shadowy magical cabal. And the five friends who can stop it, banished as traitors.Accused of treason, Kingsman Elohl den’Alrahel seeks the truth of a betrayal that caused his people to disappear a decade ago. Now, he must give everything to shatter a hidden sect that usurps power from the throne.
Author(s): Jean Lowe Carlson, Matt Carlson

Necropolis: The Necromancer Thanatography Book One (2017)

“Dying is easy. It’s staying dead that’s hard.”Ancient prophecies, vile creatures of the abyss, and sardonic wit abound in this epic supernatural-suspense thriller about Rip Eulogy, a modern-day necromancer bridging the gap between the living and the dead for a fee.When the police ask Rip for his help identifying a homicide victim, it’s the body of a past client he finds lying on the morgue slab with no clothes, no ID and no brain.
Author(s): Shane Simmons

Life is simple in Ben’s village until an unexpected attack brings the arrival of exciting strangers. Before he understands what is happening, the strangers have recruited his sister to go with them on an adventure. Ben leaves with them to ensure her safety. Soon, they venture into a more dangerous world than he ever imagined. Mages, demons, thieves, and assassins are just a few of the perils they will face on an epic journey to a city shrouded in myth and legend.
Author(s): AC Cobble

The five provinces of Denoril are in peril. A dark force rots the realm from within, gathering strength and preparing for an assault that will topple it into chaos.Only a handful of people stand between Denoril's annihilation and salvation. Roman and his friend Dennah are accused of vicious crimes they did not commit.
Author(s): Aaron Bunce

Once just an illiterate tribal chief, Marsun trapped an ancient evil within his mighty soul, united scattered tribes, then retreated from the world. But his sacrifice is all but forgotten. Technology marches on; new ambitious powers rise; unhappy lords plot rebellion; and from every corner of civilization, savage enemies gather.
Author(s): Richard Nell

Kai Sera is the greatest asset of war that exists. In a world where most mages only have the ability to wield one element, she wields them all: fire, earth, water, air, life, and death.
Author(s): Rosie Scott

-Chris of BestEpicFantasy.comIt is a fool's errand and Tallos knows it, but against his own better judgment and the pleading of his wife, Tallos has committed himself to a voyage north. His lifelong friend's eldest sons are said to have been taken by Northmen, a raiding people ill-reputed for their savagery.
Author(s): M. D. Ireman

The Winter of Swords: A Grimdark Epic (Overthrown) (2019)

An intelligent, six-limbed beast snatches a girl away from her family.An orphan confronts the darkness in his past, while a menace stalks his small town.A young woman cast into servitude tries to forge her own path in an unforgiving world.And an inexperienced soldier following the path of honor and duty comes face to face with a foe born from his worst nightmares.Seemingly unconnected, this small group of normal folk will fight to survive, for an ancient evil has awakened, and Denoril will…
Author(s): Aaron Bunce

Dangerous To Know: The Chronicles of Breed: Book One (2018)

Sentenced to five years bonded servitude to a one-handed priest magician, Breed must find the hammer of the ancient hero known only as The Hammer of the North within a year and a dayOr Else.So, with only a drug-addicted vagrant, a rat-faced child, and a timid priest for backup, Breed sets out for the mighty city of Valen and the tomb of the Hammer.What could possibly go Wrong?
Author(s): K.T. Davies

Faith shapes the landscape, defines the laws of physics, and makes a mockery of truth. Common knowledge isn’t an axiom, it’s a force of nature. What the masses believe is. But insanity is a weapon, conviction a shield. Delusions give birth to foul new gods.Violent and dark, the world is filled with the Geisteskranken–men and women whose delusions manifest, twisting reality. High Priest Konig seeks to create order from chaos.
Author(s): Michael R Fletcher

The War of Necromancers has begun.After her first victory in battle against her former home, Kai Sera and the Seran Renegades are now a force to be reckoned with. They plan to garner support from far away lands, and set off across the ocean in search of more allies.Word of Kai’s identity and her actions in Nahara have spread across the world, however. The gods are on her trail and angry with her transgressions, and their powers equal hers in strength.
Author(s): Rosie Scott

We highly recommend you to buy all paper or e-books in a legal way, for example, on Amazon. But sometimes it might be a need to dig deeper beyond the shiny book cover. Before making a purchase, you can visit resources like Library Genesis and download some grimdark fantasy books mentioned below at your own risk. Once again, we do not host any illegal or copyrighted files, but simply give our visitors a choice and hope they will make a wise decision.

Please note that this booklist is not errorless. Some books are truly best-sellers according to The New York Times, others are composed by unknown authors. On top of that, you can always find additional tutorials and courses on Coursera, Udemy or edX, for example. Are there any other relevant resources you could recommend? Leave a comment if you have any feedback on the list.