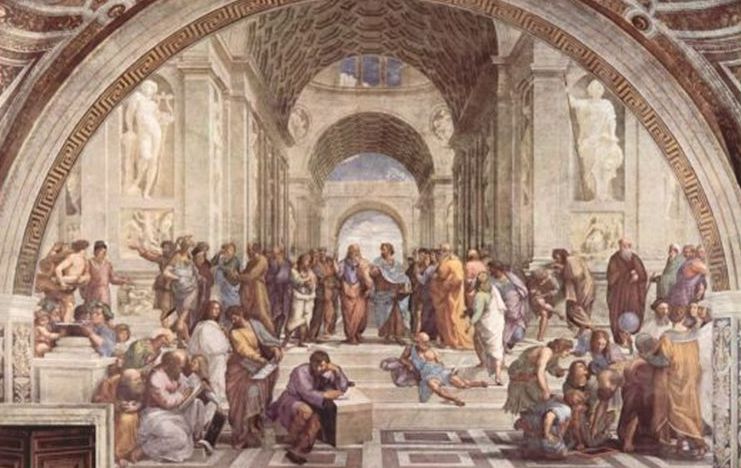 Our list of some of the best Greek Philosophy books & series in recent years. Get inspired by one or more of the following books.

Greek Philosophy: Thales to Aristotle (Readings in the History of Philosophy) (1991)

Widely praised for its accessibility and its concentration on the metaphysical issues that are most central to the history of Greek philosophy, Greek Philosophy: Thales to Aristotle offers a valuable introduction to the works of the Presocratics, Plato, and Aristotle.
Author(s): Reginald E. Allen

Ancient Greek Philosophy: From the Presocratics to the Hellenistic Philosophers (2011)

Ancient Greek Philosophy: From the Presocratics to the Hellenistic Philosophers presents a comprehensive introduction to the philosophers and philosophical traditions that developed in ancient Greece from 585 BC to 529 AD.
Author(s): Thomas A. Blackson

The works collected in this volume form the true foundation of Western philosophy—the base upon which Plato and Aristotle and their successors would eventually build. Yet the importance of the Pre-Socratics thinkers lies less in their influence—great though that was—than in their astonishing intellectual ambition and imaginative reach.
Author(s): Various, Jonathan Barnes

Readings in Ancient Greek Philosophy: From Thales to Aristotle (2016)

Philosophy in the Tragic Age of the Greeks (1996)

This concise anthology of primary sources designed for use in an ancient philosophy survey ranges from the Presocratics to Plato, Aristotle, the Hellenistic philosophers, and the Neoplatonists.   The Second Edition features an amplified selection of Presocratic fragments in newly revised translations by Richard D. McKirahan.
Author(s): Patrick Lee Miller, C. D. C. Reeve, et al.

Wisdom from Ancient Greek Philosophy This collection will teach  you everything you need to know about Greek Philosphy from immortal thinkers and be able to apply it to your daily life. This book is written by an expert on Greek philiosphy (George Tanner) and is a collection of his