Below I’ll give you my selections for the best Godzilla books by a few categories. I will cover these and other great books more in depth later.

Godzilla: King of the Monsters – The Official Movie Novelization (2019)

Godzilla: King of the Monsters follows the heroic efforts of the cryptozoological agency Monarch as its members face off against a battery of god-sized monsters, including the mighty Godzilla, who collides with Mothra, Rodan, and its ultimate nemesis, the three-headed King Ghidorah. When these ancient super-species–thought to be mere myths–rise again, they all vie for supremacy, leaving humanity’s very existence hanging in the balance.
Author(s): Greg Keyes 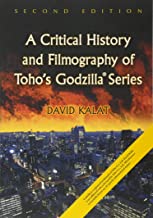 This thoroughly updated and revised critical account of the Godzilla movie franchise explores the fascinating story behind Japan’s most famous movie monster and its development from black-and-white arthouse allegory to international commercial juggernaut.
Author(s): David Kalat

Godzilla FAQ: All That’s Left to Know About the King of the Monsters (2017)

He is the Lizard King – well, the King of the Monsters – he can do anything. Since he first romped onto the silver screen in 1954, no other character in all of international cinema has been as beloved by American audiences as Godzilla.
Author(s): Brian Solomon

The King of Monsters is back! From Legendary and Warner Bros., Godzilla returns to the big screenand also the comic book page. Legendary Comics proudly presents the official Godzilla prequel graphic novel!Delve into an incredible mystery, generations in the making. At the dawn of the atomic age, humanity awakens lifeforms beyond imagination, unleashing monumental forces of nature.
Author(s): Max Borenstein , Greg Borenstein , et al.

When Godzilla appears off the coast of Japan, the Japanese government must respond quickly to contain the disaster but before long, other monsters begin appearing all over the world. Can humanity survive this mysterious onslaught of giant beasts? Featuring Anguirus, Battra, Destroyah, Gigan, Hedorah, King Ghidorah, Kumonga, Mechagodzilla, Mothra, Rodan, Spacegodzilla, and Titanosaurus.
Author(s): Eric Powell, Tracy Marsh, et al.

But, a mysterious Russian industrialist offers to rid the world of them with his new Mechagodzilla units. Will the new fleet of weaponized robots be enough to stop Godzilla when he returns? Will Godzilla be able to battle the newly created Mecha-King Ghidorah? It’s a war of the machines with Godzilla caught in the middle. Collects the final 13 issues (#13-25) of the series.
Author(s): Chris Mowry, Matt Frank, et al.

The Godzilla Encyclopedia: A Crowd-Sourced Guide (2016) 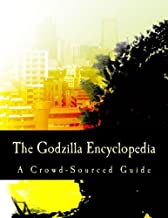 The definitive crowd-sourced encyclopedia on Godzilla, covering EVERY Movie, EVERY TV Show, EVERY Video Game and Much more. Content ranges from the earliest days at Toho to the latest Comic Book series from America. This volume is completely annotated with an index and photographs.
Author(s): Virginia Comicon, Wikipedia

Nessie. Bride of Godzilla. Gamera vs. Wyvern. Mothra vs. Bagan. Batman Meets Godzilla. All fans have heard of these tantalizing lost films, but few know of their full histories…until now. With information straight from the Japanese sources learn how Gamera was made in 1965 to make use of miniature sets made for a disastrous movie about giant rats called Giant Horde Beast Nezura which was partially shot in 1963.
Author(s): John LeMay , Ted Johnson, et al.

Best Godzilla Books That You Need

We highly recommend you to buy all paper or e-books in a legal way, for example, on Amazon. But sometimes it might be a need to dig deeper beyond the shiny book cover. Before making a purchase, you can visit resources like Library Genesis and download some godzilla books mentioned below at your own risk. Once again, we do not host any illegal or copyrighted files, but simply give our visitors a choice and hope they will make a wise decision.

A Critical History and Filmography of Toho’s Godzilla Series

The Sons of Godzilla: From Destroyer to Defender - From Ridicule to Respect

Please note that this booklist is not final. Some books are truly chart-busters according to USA Today, others are composed by unknown authors. On top of that, you can always find additional tutorials and courses on Coursera, Udemy or edX, for example. Are there any other relevant resources you could recommend? Leave a comment if you have any feedback on the list.