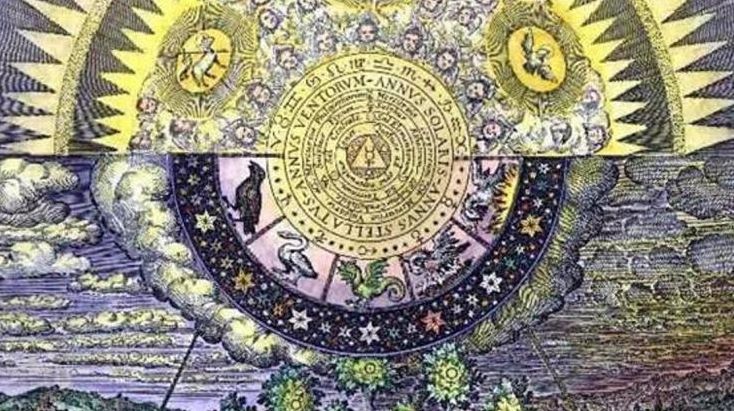 Below I’ll give you my selections for the best Gnosticism books by a few categories. I will cover these and other great books more in depth later.

Gnosticism: New Light on the Ancient Tradition of Inner Knowing (2002)

Gnosticism developed alongside Judeo-Christianity over two thousand years ago, but with an important difference: It emphasizes, not faith, but direct perception of God–Gnosticism being derived from the Greek word gnosis, meaning “knowledge.” Given the controversial premise that one can know God directly, the history of Gnosticism is an unfolding drama of passion, political intrigue, martyrdom, and mystery. Dr.
Author(s): Stephan A Hoeller

Gnosticism was a wide-ranging religious movement of the first millennium CE—with earlier antecedents and later flourishings—whose adherents sought salvation through knowledge and personal religious experience. Gnostic writings offer striking perspectives on both early Christian and non-Christian thought. For example, some gnostic texts suggest that god should be celebrated as both mother and father, and that self-knowledge is the supreme path to the divine.
Author(s): Willis Barnstone, Marvin Meyer

Gnosis: The Nature and History of Gnosticism (1987)

Presents a readable and appealing introduction to what otherwise might seem an inaccessible religion of late antiquity.
Author(s): Kurt Rudolph

A distinctive Christian heresy? A competitor of burgeoning Christianity? A pre-Christian folk religion traceable to “Oriental syncretism”? How do we account for the disparate ideas, writings, and practices that have been placed under the Gnostic rubric?
Author(s): Karen L. King

Turn of an Age: The Spiritual Roots of Jungian Psychology In Hermeticism, Gnosticism and Alchemy (2019)

In this book Alfred Ribi reaches back across two millennia, gathering and engaging an extraordinary collection of writings. With authority and fluency, Ribi draws together the antique texts of Hellenism, Gnosticism, Hermeticism and Alchemy, and illustrates how these nurture the visionary work of C. G. Jung. Into this tapestry Alfred Ribi weaves personal insights gained over half a century of experience as an analytical psychologist.
Author(s): Alfred Ribi, Mark Kyburz, et al. 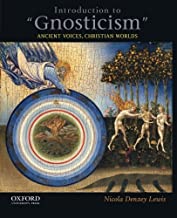 Discovered in Egypt in 1945, the fascinating and challenging Nag Hammadi writings forever changed our understanding of early Christianity. State-of-the-art and the only volume of its kind, Introduction to “Gnosticism”: Ancient Voices, Christian Worlds guides students through the most significant of the Nag Hammadi texts.
Author(s): Nicola Denzey Lewis

The Nag Hammadi Scriptures: The Revised and Updated Translation of Sacred Gnostic Texts Complete in One Volume (2009)

The Nag Hammadi Scriptures, edited by Marvin Meyer, is the most complete, up-to-date, one-volume, English-language edition of the renowned library of Gnostic manuscripts discovered in Egypt in 1945, which rivaled the Dead Sea Scrolls find in significance. It includes the Gospel of Thomas, the Gospel of Mary, and the recently discovered Gospel of Judas, as well as other Gnostic gospels and sacred texts. This volume also includes introductory essays, notes, tables, glossary, index, etc.
Author(s): Marvin W. Meyer, Elaine H. Pagels, et al.

The climactic ending of The Façade left Brian Scott and Melissa Kelley with only each other–and the terrible secrets they carry. The Portent finds them living under new identities, their future clouded by constant fear of being exposed. By the time Brian and Melissa learn they’re being watched, their carefully constructed lives will be over.Follow Brian and Melissa into the center of an unthinkably vast, centuries-old conspiracy, conceived to turn the faith of millions against itself.
Author(s): Michael S. Heiser

A collection of essays on topics concerning the Gnostic Catholic Church as reformed by Aleister Crowley and his successors: organization, doctrine, symbolism, and history. Also includes instruction in a modified form of Ignatian meditation for Thelemites.
Author(s): Dionysius Rogers

Science, Politics and Gnosticism comprises two essays by Eric Voegelin (1901-85), arguably one of the most provocative and influential political philosophers of the last century. In these essays, Voegelin contends that certain modern movements, including positivism, Hegelianism, Marxism, and the “God is dead” school, are variants of the gnostic tradition he identified in his classic work The New Science of Politics.
Author(s): Eric Voegelin, Ellis Sandoz

The description below refers to an alternate Paperback edition, which can be found at http://www.amazon.com/dp/0873341783/ref=dp_bookdescription?_encoding=UTF8&n=283155 This little book presents Gershom Scholem discoveries in the area of Jewish Gnosticism which go behind of what he already did in his “Major Trends in Jewish Mysticism”.
Author(s): Gershom G. Scholem

A survey of Western esoteric currents since late antiquity, with an emphasis on the last six centuries.Widely received in France, this brief, comprehensive introduction to Western esotericism by the founder of the field is at last available in English. A historical and pedagogical guide, the book is written primarily for students and novices. In clear, precise language, author Antoine Faivre provides an overview of Western esoteric currents since late antiquity.
Author(s): Antoine Faivre, Christine Rhone

Gnosticism and its influence on Christianity (FULL)

Best Gnosticism Books That You Need

We highly recommend you to buy all paper or e-books in a legal way, for example, on Amazon. But sometimes it might be a need to dig deeper beyond the shiny book cover. Before making a purchase, you can visit resources like Library Genesis and download some gnosticism books mentioned below at your own risk. Once again, we do not host any illegal or copyrighted files, but simply give our visitors a choice and hope they will make a wise decision.

The Mysteries of John the Baptist: His Legacy in Gnosticism, Paganism, and Freemasonry

Gnosticism and the History of Religions

Please note that this booklist is not definite. Some books are absolutely chart-busters according to Chicago Tribune, others are written by unknown authors. On top of that, you can always find additional tutorials and courses on Coursera, Udemy or edX, for example. Are there any other relevant books you could recommend? Leave a comment if you have any feedback on the list.