Looking for the best Gettysburg books? Browse our list to find excellent book recommendations on the subject.

A Field Guide to Gettysburg, Second Edition: Experiencing the Battlefield through Its History, Places, and People (2017)

This second, updated edition of the acclaimed A Field Guide to Gettysburg will lead visitors to every important site across the battlefield and also give them ways to envision the action and empathize with the soldiers involved and the local people into whose lives and lands the battle intruded.
Author(s): Carol Reardon, Tom Vossler

Our Fathers at Gettysburg: A Step by Step Description of the Greatest Battle of the American Civil War (2017) 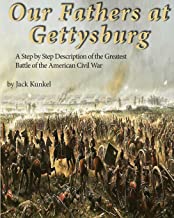 * * * Little Round Top, The Wheatfield, The Peach Orchard, Devil’s Den, the Railroad Cut, Pickett’s Charge — these were the turning points within the most important battle of the bloodiest war in American history. But even careful students of Gettysburg can find themselves confused when reading about, or visiting, the battlefield.
Author(s): Jack L Kunkel

Drawing on original source material, from soldiers’ letters to official military records of the war, Stephen W. Sears’s Gettysburg is a remarkable and dramatic account of the legendary campaign.
Author(s): Stephen W. Sears

The Battle of Gettysburg (Expanded, Annotated) (2016)

Frank Haskell’s eyewitness account of the Battle of Gettysburg has been considered a classic for nearly 140 years. Haskell was not only singled out by General Hancock for praise of his actions in the battle, he was quoted in Ken Burns’ epic Civil War documentary. The Dartmouth-educated Haskell provided a compelling and exciting narrative in a long letter to his brother, written just days after the battle.
Author(s): Frank Aretas Haskell

Longstreet at Gettysburg: A Critical Reassessment (2019) 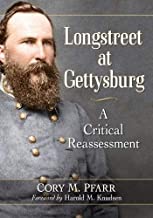 The Battle of Gettysburg has been written about at length and thoroughly dissected in terms of strategic importance, but never before has a book taken readers so close to the experience of the individual soldier. Two-time Lincoln Prize winner Allen C.
Author(s): Allen Guelzo 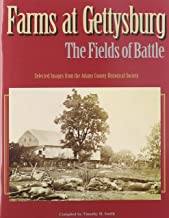 Although the Battle of Gettysburg is named for the town near which it occurred, most of the heavy fighting actually occurred on the private property of men such as Edward McPherson, Joseph Sherfy and Nicholas Codori.
Author(s): Tim Smith

To Be Dedicated Here;: A Novel of the Gettysburg Address (2019)

During the three days in July when North and South fought at Gettysburg, Jennie Wills and her husband David sheltered in their home like most residents of the Pennsylvania city. Following the battle, while David prepared to help dedicate the new cemetery to honor the fallen, Jennie nurses soldiers and hosts a President in her homeand finds herself forever changed by a few short months in 1863
Author(s): Amanda Harris

The Gettysburg Campaign: A Study in Command (1997) 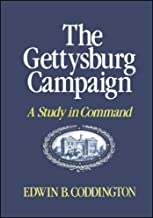 The Battle of Gettyburg remains one of the most controversial military actions in America’s history, and one of the most studied.Professor Coddington’s is an analysis not only of the battle proper, but of the actions of both Union and Confederate armies for the six months prior to the battle and the factors affecting General Meade’s decision not to pursue the retreating Confederate forces.
Author(s): Edwin B. Coddington 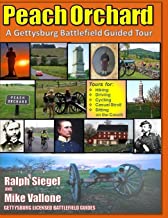 “Peach Orchard: A Gettysburg Battlefield Guided Tour” is a user-friendly touring guide for walkers, hikers, drivers, cyclists, first-time visitors and armchair generals one and all oriented toward the Peach Orchard as the critical location on the battlefield. It is developed and produced by experienced Licensed Battlefield Guides at Gettysburg.
Author(s): Ralph Siegel, Mike Vallone

Best Gettysburg Books You Should Enjoy

We highly recommend you to buy all paper or e-books in a legal way, for example, on Amazon. But sometimes it might be a need to dig deeper beyond the shiny book cover. Before making a purchase, you can visit resources like Library Genesis and download some gettysburg books mentioned below at your own risk. Once again, we do not host any illegal or copyrighted files, but simply give our visitors a choice and hope they will make a wise decision.

All Roads Led to Gettysburg: A New Look at the Civil War's Pivotal Battle

First for the Union: Life and Death in a Civil War Army Corps from Antietam to Gettysburg

Please note that this booklist is not errorless. Some books are really hot items according to The New York Times, others are written by unknown writers. On top of that, you can always find additional tutorials and courses on Coursera, Udemy or edX, for example. Are there any other relevant books you could recommend? Leave a comment if you have any feedback on the list.