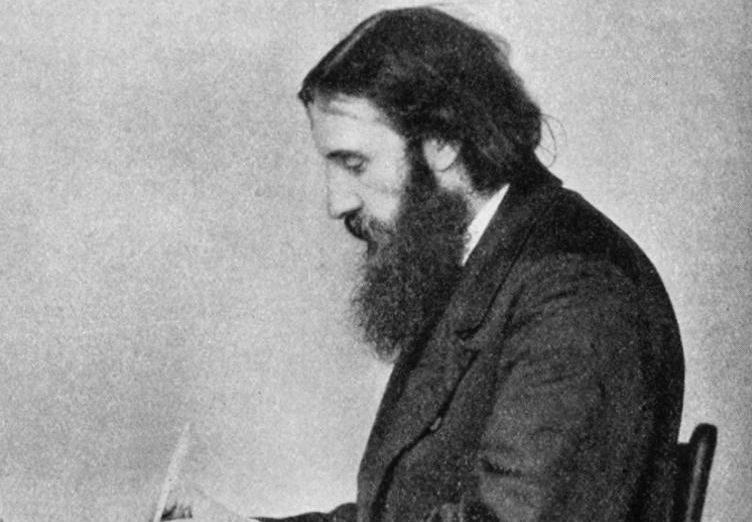 Until you’ve consumed all of the best George Macdonald books, can you even claim to be a true fan?

“I have never concealed the fact that I regarded [George MacDonald] as my master; indeed I fancy I have never written a book in which I did not quote from him.” — C. S. Lewis — A Complete and Unabridged collection of all three of George MacDonald’s inspiring “Unspoken Sermons.” Comes with an Index made for this edition. Other theological works by George MacDonald include:—The Hope of the Gospel, The Miracles of Our Lord, and God’s Words to His Children.
Author(s): George MacDonald

George MacDonald occupied a major position in the intellectual life of his Victorian contemporaries. This volume brings together all eleven of his shorter fairy stories as well as his essay “The Fantastic Imagination”. The subjects are those of traditional fantasy: good and wicked fairies, children embarking on elaborate quests, and journeys into unsettling dreamworlds.
Author(s): George MacDonald, U. C. Knoepflmacher

C. S. Lewis said everything he wrote was influenced by George MacDonald. According to Lewis, there is "hardly any other writer who seems to be closer, or more continuously close, to the Spirit of Christ Himself." Writing a preface and selecting MacDonald's most poignant passages, Lewis introduces us to these extraordinary treasures. Ranging from "Inexorable Love" to "The Torment of Death," these words will instruct and uplift.
Author(s): George MacDonald, C. S. Lewis

The Princess and the Goblin (Puffin Classics) (2011)

Princess Irene lives in a castle in a wild and lonely mountainous region. One day she discovers a steep and winding stairway leading to a bewildering labyrinth of unused passages with closed doors – and a further stairway. What lies at the top? Can the ring the princess is given protect her against the lurking menace of the boglins from under the mountain?
Author(s): George MacDonald, Ursula K. Le Guin

George MacDonald in the Age of Miracles: Incarnation, Doubt, and Reenchantment (Hansen Lectureship) (2018)

The Bible is full of miracles. Yet how do we make sense of them today? And where might we see miracles in our own lives? In this installment of the Hansen Lectureship series, historian and theologian Timothy Larsen considers the legacy of George MacDonald, the Victorian Scottish author and minister who is best known for his pioneering fantasy literature, which influenced authors such as C. S. Lewis, J. R. R.
Author(s): Timothy Larsen

An inspiring book in which MacDonald writes about the gospel and what it means to be a Christian.
Author(s): George MacDonald

Introduction by C. S. LewisIn October 1857, George MacDonald wrote what he described as “a kind of fairy tale, in the hope that it will pay me better than the more evidently serious work.” This was Phantastes — one of MacDonald’s most important works; a work which so overwhelmed C. S.
Author(s): George MacDonald

The adventurous wanderings of a boy and girl to find the keyhole which fits the rainbow’s golden key.
Author(s): George MacDonald , Maurice Sendak, et al.

‘There is no doubt that [Quartered Safe Out Here] is one of the great personal memoirs of the Second World War’ John Keegan Life and death in Nine Section, a small group of hard-bitten and (to modern eyes) possibly eccentric Cumbrian borderers with whom the author, then nineteen, served in the last great land campaign of World War II, when th…
Author(s): George MacDonald Fraser

Phantastes: A Faerie Romance for Men and Women (2016)

Phantastes – A Faerie Romance for Men and Women by George Macdonald. The tale begins when Anodos discovers an ancient fairy lady (whom he learns to be his grandmother). After the fairy shows him Fairy Land in a mystical vision he awakens to discover that he has been transported to Fairy Land.
Author(s): George MacDonald, Greville MacDonald

The Diary of an Old Soul is a book of poems written by George MacDonald that can be read as daily devotionals. George MacDonald was a Scottish author and Christian minister who is considered to be one of the main pioneers of the fantasy genre of fiction. MacDonald’s books influenced many great authors that followed such as C.S. Lewis, J.R.R. Tolkien, and Edith Nesbit.
Author(s): George MacDonald

We highly recommend you to buy all paper or e-books in a legal way, for example, on Amazon. But sometimes it might be a need to dig deeper beyond the shiny book cover. Before making a purchase, you can visit resources like Library Genesis and download some george macdonald books mentioned below at your own risk. Once again, we do not host any illegal or copyrighted files, but simply give our visitors a choice and hope they will make a wise decision.

George MacDonald in the Age of Miracles

A Dish of Orts : Chiefly Papers on the Imagination, and on Shakespeare

Please note that this booklist is not definite. Some books are really chart-busters according to Los Angeles Times, others are drafted by unknown writers. On top of that, you can always find additional tutorials and courses on Coursera, Udemy or edX, for example. Are there any other relevant books you could recommend? Leave a comment if you have any feedback on the list.