Skip to content
📚 Book Lovin' Geek Mamas are on a mission to promote a love of books and reading to everyone. We help our visitors to find their next favorite book. Our authors regularly create and post so-called listicles (also known as booklists) on various mostly tech-related topics.
Home » Reviews
Author BLGMReading 5 minViews 602Published by April 18, 2018

Looking for the best Gentrification books? Browse our list to find excellent book recommendations on the subject.

Our cities are changing. Around the world, more and more money is being invested in buildings and land. Real estate is now a $217 trillion dollar industry, worth thirty-six times the value of all the gold ever mined.
Author(s): Samuel Stein

How to Kill a City: Gentrification, Inequality, and the Fight for the Neighborhood (2018)

This first textbook on the topic of gentrification is written for upper-level undergraduates in geography, sociology, and planning. The gentrification of urban areas has accelerated across the globe to become a central engine of urban development, and it is a topic that has attracted a great deal of interest in both academia and the popular press.
Author(s): Loretta Lees , Tom Slater, et al.

The Gentrification of the Mind: Witness to a Lost Imagination (2013)

In this gripping memoir of the AIDS years (1981–1996), Sarah Schulman recalls how much of the rebellious queer culture, cheap rents, and a vibrant downtown arts movement vanished almost overnight to be replaced by gay conservative spokespeople and mainstream consumerism.
Author(s): Sarah Schulman

The Gentrification Debates (The Metropolis and Modern Life) (2010) 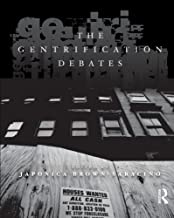 There Goes the ‘Hood: Views of Gentrification from the Ground Up (2006)

The Color of Law: A History of How Our Government Segregated America (2018) 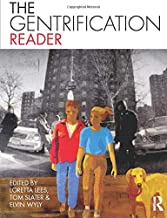 Gentrification remains a subject of heated debate in the public realm as well as scholarly and policy circles.
Author(s): Loretta Lees

The Death and Life of Great American Cities (1992)

A direct and fundamentally optimistic indictment of the short-sightedness and intellectual arrogance that has characterized much of urban planning in this century, The Death and Life of Great American Cities has, since its first publication in 1961, become the standard against which all endeavors in that field are measured.
Author(s): Jane Jacobs

What the Gentrification Haters Don’t Get

Best Gentrification Books You Should Read

We highly recommend you to buy all paper or e-books in a legal way, for example, on Amazon. But sometimes it might be a need to dig deeper beyond the shiny book cover. Before making a purchase, you can visit resources like Library Genesis and download some gentrification books mentioned below at your own risk. Once again, we do not host any illegal or copyrighted files, but simply give our visitors a choice and hope they will make a wise decision.

Making Mexican Chicago: From Postwar Settlement to the Age of Gentrification

Conflict Graffiti: From Revolution to Gentrification

The Streets Belong to Us: Sex, Race, and Police Power from Segregation to Gentrification