Skip to content
📚 Book Lovin' Geek Mamas are on a mission to promote a love of books and reading to everyone. We help our visitors to find their next favorite book. Our authors regularly create and post so-called listicles (also known as booklists) on various mostly tech-related topics.
Home » Reviews
Author BLGMReading 7 minViews 819Published by July 26, 2019

Here is a list of the best Freud books, some I have read myself, some that I did research on, and all have great reviews!

Freud and Beyond: A History of Modern Psychoanalytic Thought (2016)

Sigmund Freud’s concepts have become a part of our psychological vocabulary: unconscious thoughts and feelings, conflict, the meaning of dreams, the sensuality of childhood. But psychoanalytic thinking has undergone an enormous expansion and transformation since Freud’s death in 1939. With Freud and Beyond, Stephen A. Mitchell and Margaret J.
Author(s): Stephen A. Mitchell, Margaret J. Black

The Interpretation of Dreams: The Complete and Definitive Text (2010)

What are the most common dreams and why do we have them? What does a dream about death mean? What do dreams of swimming, failing, or flying symbolize? First published in 1899, Sigmund Freud’s groundbreaking book, The Interpretation of Dreams, explores why we dream and why dreams matter in our psychological lives.
Author(s): Sigmund Freud, James Strachey

The first single-volume work to capture Freud’s ideas as scientist, humanist, physician, and philosopher. What to read from the vast output of Sigmund Freud has long been a puzzle.
Author(s): Sigmund Freud, Peter Gay

In 1923, in this volume, Freud worked out important implications of the structural theory of mind that he had first set forth three years earlier in Beyond the Pleasure Principle.The Ego and the Id ranks high among the works of Freud’s later years. The heart of his concern is the ego, which he sees battling with three forces: the id, the super-ego, and the outside world.
Author(s): Sigmund Freud , James Strachey, et al.

Civilization and Its Discontents (2010)

Freud’s seminal volume of twentieth-century cultural thought grounded in psychoanalytic theory, now with a new introduction by Christopher Hitchens. Written in the decade before Freud’s death, Civilization and Its Discontents may be his most famous and most brilliant work. It has been praised, dissected, lambasted, interpreted, and reinterpreted.
Author(s): Sigmund Freud , James Strachey, et al.

A General Introduction to Psychoanalysis (2019) 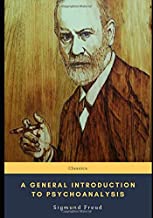 Though it has now fallen out of favor among many practitioners and scholars, Freud’s concept of psychoanalysis—an approach that focuses primarily on adverse events in early childhood and irrational drives that are overcome via extended talk therapy—was and continues to be enormously influential, not only in the realm of psychology, but also in the larger culture. This volume offers a comprehensive overview of psychoanalysis from the point of view of the field’s creator.
Author(s): Sigmund Freud, G. Stanley Hell 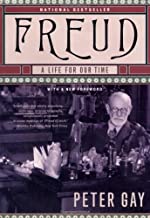 A national bestseller”A magisterial contribution to the history of ideas. A fresh, illuminating perspective on one of the pivotal figures of our time.” ―J. Anthony Lukas “[This] remarkable biography… briskly traces the story of Freud’s life and education, deftly weaving the familiar narrative with a style that makes it seem fresh and lively.” ―Chicago Tribune
Author(s): Peter Gay

Sigmund Freud, the founder of psychoanalysis, developed a totally new way of looking at human nature. Only now, with the hindsight of the half-century since his death, can we assess his true legacy to current thought. As an experienced psychiatrist himself, Anthony Storr offers a lucid and objective look at Freud’s major theories, evaluating whether they have stood the test of time, and in the process examines Freud himself in light of his own ideas.
Author(s): Anthony Storr

Freud and Man’s Soul: An Important Re-Interpretation of Freudian Theory (1983)

Has Sigmund Freud been seriously misunderstood? The author of The Uses of Enchantment argues that mistranslation has distorted Freud’s work in English and led students to see a system intended to cooperate flexibly with individual needs as a set of rigid rules to be applied by external authority.
Author(s): Bruno Bettelheim

The Question of God: C.S. Lewis and Sigmund Freud Debate God, Love, Sex, and the Meaning of Life (2003)

Throughout the ages, many of the world’s greatest thinkers have wrestled with the concept of — and belief in — God. It may seem unlikely that any new arguments or insights could be raised, but the twentieth century managed to produce two brilliant men with two diametrically opposed views about the question of God: Sigmund Freud and C. S. Lewis. They never had an actual meeting, but in The Question of God, their arguments are placed side by side for the very first time.
Author(s): Armand Nicholi

Freud was fascinated by the mysteries of creativity and the imagination. The groundbreaking works that comprise The Uncanny present some of his most influential explorations of the mind.
Author(s): Sigmund Freud , David McLintock, et al.

Since the 1970s, Sigmund Freud’s scientific reputation has been in an accelerating tailspin―but nonetheless the idea persists that some of his contributions were visionary discoveries of lasting value.
Author(s): Frederick Crews

In this fully updated second edition, the author clearly introduces and assesses all of Freud’s thought, focusing on those areas of philosophy on which Freud is acknowledged to have had a lasting impact. These include the philosophy of mind, free will and determinism, rationality, the nature of the self and subjectivity, and ethics and religion.
Author(s): Jonathan Lear

Originally published in 1918, this landmark collection of essays by the father of psychoanalysis represents one of Freud's most penetrating attempts to decipher the mysteries of human behavior. Its focus is the conflict between primitive feelings and the demands of civilization, i.e., the struggle to reconcile unconscious desires with socially acceptable behavior.
Author(s): Sigmund Freud

Professor Freud developed his system of psychoanalysis while studying the so-called borderline cases of mental diseases, such as hysteria and compulsion neurosis. By discarding the old methods of treatment and strictly applying himself to a study of the patient’s life he discovered that the hitherto puzzling symptoms had a definite meaning, and that there was nothing arbitrary in any morbid manifestation.
Author(s): Sigmund Freud

We highly recommend you to buy all paper or e-books in a legal way, for example, on Amazon. But sometimes it might be a need to dig deeper beyond the shiny book cover. Before making a purchase, you can visit resources like Library Genesis and download some freud books mentioned below at your own risk. Once again, we do not host any illegal or copyrighted files, but simply give our visitors a choice and hope they will make a wise decision.

A Moment of Transition. Two Neuroscientific Articles by Sigmund Freud

Freud's Discovery of Psychoanalysis: The Politics of Hysteria

Analysis and Exile: Boyhood, Loss, and the Lessons of Anna Freud

Please note that this booklist is not final. Some books are truly chart-busters according to USA Today, others are composed by unknown authors. On top of that, you can always find additional tutorials and courses on Coursera, Udemy or edX, for example. Are there any other relevant links you could recommend? Leave a comment if you have any feedback on the list.