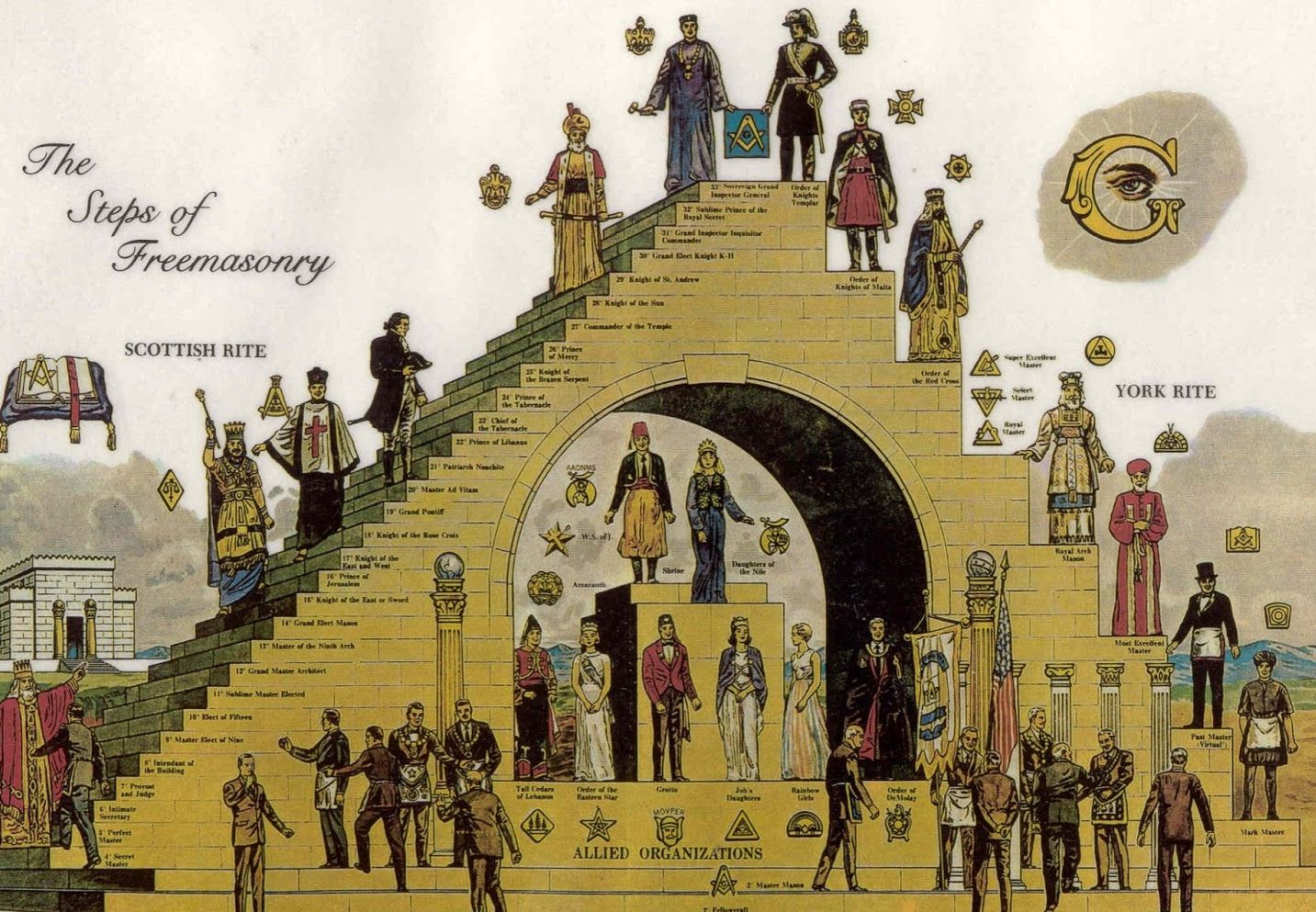 While there are many courses and tutorials online, learning from a book is still one of the best ways to greatly improve your skills. Below I have selected top Freemasonry books. 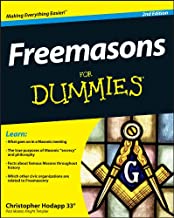 Fascinated by Freemasons? Freemasons For Dummies is the internationally bestselling introduction to the Masons, the oldest and largest "secret society" in the world. This balanced, eye-opening guide demystifies Freemasonry, explaining everything from its elaborate rituals and cryptic rites, to its curious symbols and their meanings.
Author(s): Christopher Hodapp

The Lost Keys of Freemasonry (Also Includes: Freemasonry of the Ancient Egyptians / Masonic Orders of Fraternity) (2006)

Here is Manly P. Hall’s classic work on history’s most secretive brotherhood- reset and collected with two additional celebrated Hall volumes on occult Masonry. Freemasonry is the subject of perennial fascination-recently the cover story of a national newsmagazine, the premise of the movie National Treasure, and the anticipated basis of a forthcoming novel by Dan Brown.
Author(s): Manly P. Hall 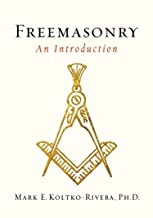 Entertaining books and movies often depict Freemasonry as a shadowy, mysterious, and possibly sinister organization, and the TV and magazine specials on Freemasonry that inevitably follow often leave us with more questions than answers. Mark E. Koltko-Rivera, a practicing thirty-second-degree Mason, has created a simple, authoritative, and easy-to-understand introduction to the history, rites, and meaning of Freemasonry.
Author(s): Kolko-Rivera Ph.D., Mark E. 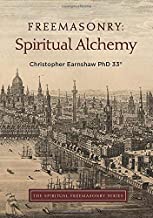 In 1716 four Lodges of Operative Masons met at the Apple Tree Tavern in London and decided to create a “Grand Lodge” to reorganize Freemasonry, which was slowly dying out. After the establishment of the Premier Grand Lodge the next year, 1717, one of the Lodges, the Rummer and Grapes, took a decidedly new direction that resulted in the creation of what would later become known as Speculative Freemasonry, the basis of modern Freemasonry.
Author(s): Earnshaw 33°, Christopher 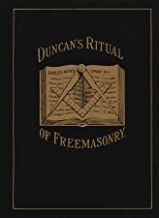 Explained and interpreted by copious notes and numerous engravings. Duncan’s Masonic Ritual and Monitor will be a cherished possession of any Mason who receives it. This scarce antiquarian book is a facsimile reprint of the original.
Author(s): Malcolm C. Duncan 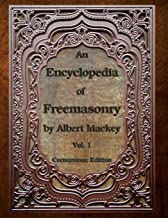 Volume one of two volumes. Albert Mackey’s “An Encyclopedia of Freemasonry” is one of the most significant and well-known of Masonic works. Its usefulness and aid to Masonic students worldwide has been the cornerstone of its popularity since it was first published in 1873. This photographic reproduction of the 1916 Edition was revised and expanded by William J. Hughan & Edward L.
Author(s): Albert Mackey, William J. Hughan, et al.

The Book of the Ancient and Accepted Scottish Rite of Freemasonry: Containing Instructions in All the Degrees From the Third to the Thirty-Third, and Last Degree of the Rite (Classic Reprint) (2017)

Excerpt from The Book of the Ancient and Accepted Scottish Rite of Freemasonry: Containing Instructions in All the Degrees From the Third to the Thirty-Third, and Last Degree of the RiteThe Collator, in presenting the result of his labors to the public, by no means would claim an approach to perfection; it will doubtless be conceded that in this country, so far as the various degrees have been fully worked, that while replete with beauty, moral and ia structive teachings, their rendering is stil…
Author(s): Charles T. McClenachan

Freedom: Coming out from under the curses of Freemasonry (2014) 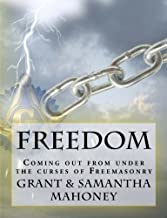 ‘Freedom’ is a workbook detailing the various degrees of the Scottish Rite in Freemasonry. It exposes and uncovers the dark secrets involved in the rituals and initiation of each degree. This workbook is for those who are serious about untangling themselves from the web of deception that is Freemasonry.
Author(s): Samantha Mahoney, Grant Mahoney

The Symbolism of Freemasonry: Illustrating and Explaining Its Science and Philosophy, its Legends, Myths and Symbols (2017) 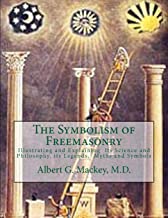 Of the various modes of communicating instruction to the uninformed, the Masonic student is particularly interested in two; namely, the instruction by legends and that by symbols. It is to these two, almost exclusively, that he is indebted for all that he knows, and for all that he can know, of the philosophic system which is taught in the institution.
Author(s): Mackey M.D., Albert G.

Born in Blood: The Lost Secrets of Freemasonry (2009)

Its mysterious symbols and rituals had been used in secret for centuries before Freemasonry revealed itself in London in 1717. Once known, Freemasonry spread throughout the world and attracted kings, emperors, and statesmen to take its sacred oaths. It also attracted great revolutionaries such as George Washington and Sam Houston in America, Juarez in Mexico, Garibaldi in Italy, and Bolivar in South America.
Author(s): John J. Robinson 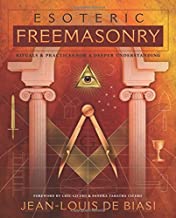 The Sacred Realm of Freemasonry Awaits Esoteric Freemasonry takes you deep into the mystical side of this fascinating secret society and shows you how to carry out the most powerful practices. Learn how to enter your inner temple and accomplish the ancient mysteries.
Author(s): de Biasi, Jean-Louis

Best Freemasonry Books You Should Read

We highly recommend you to buy all paper or e-books in a legal way, for example, on Amazon. But sometimes it might be a need to dig deeper beyond the shiny book cover. Before making a purchase, you can visit resources like Library Genesis and download some freemasonry books mentioned below at your own risk. Once again, we do not host any illegal or copyrighted files, but simply give our visitors a choice and hope they will make a wise decision.

The Secrets of Freemasonry

The Second Messiah: Templars, the Turin Shroud and the Great Secret of Freemasonry

Please note that this booklist is not definite. Some books are really record-breakers according to The Wall Street Journal, others are composed by unknown authors. On top of that, you can always find additional tutorials and courses on Coursera, Udemy or edX, for example. Are there any other relevant books you could recommend? Drop a comment if you have any feedback on the list.