Skip to content
BLGM's mission is to promote a love of books and reading to all by offering advice and information needed to help our visitors to find their next favorite book. We regularly create and post so-called listicles (also known as booklists) on various mostly tech-related topics.
Home » Reviews
Author BLGMReading 8 minViews 337Published by April 8, 2018

Here is a list of the best Feminism books, some I have read myself, some that I did research on, and all have great reviews!

Updated and expanded, the second edition of A History of U.S. Feminisms is an introductory text that will be used as supplementary material for first-year women’s studies students or as a brush-up text for more advanced students. Covering the first, second, and third waves of feminism, A History of U.S. Feminisms will provide historical context of all the major events and figures from the late nineteenth century through today. The chapters cover: first-wave feminism, a period of feminist activity during the nineteenth and early twentieth centuries which focused primarily on gaining women’s suffrage;…
Author(s): Rory C. Dicker

2. Feminism Is for Everybody: Passionate Politics (2014) 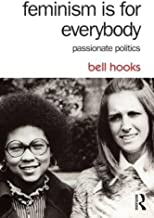 What is feminism? In this short, accessible primer, bell hooks explores the nature of feminism and its positive promise to eliminate sexism, sexist exploitation, and oppression. With her characteristic clarity and directness, hooks encourages readers to see how feminism can touch and change their lives―to see that feminism is for everybody….
Author(s): bell hooks 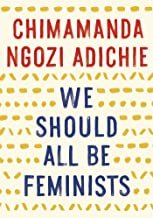 In this personal, eloquently-argued essay—adapted from the much-admired TEDx talk of the same name—Chimamanda Ngozi Adichie offers readers a unique definition of feminism for the twenty-first century, one rooted in inclusion and awareness. Drawing extensively on her own experiences and her deep understanding of the often masked realities of sexual politics, here is one remarkable author’s exploration of what it means to be a woman now—and an of-the-moment rallying cry for why we should all be feminists….
Author(s): Chimamanda Ngozi Adichie 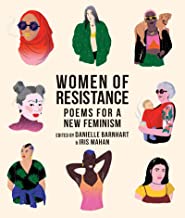 Creative activists have reacted to the 2016 Presidential election in myriad ways. Editors Danielle Barnhart and Iris Mahan have drawn on their profound knowledge of the poetry scene to put together an extraordinary list of poets taking a feminist stance against the new authority. What began as an informal collaboration of like-minded poets―to be released as a handbound chapbook―has grown into something far more substantial and ambitious: a fully fledged anthology of women’s resistance, with a portion of proceeds supporting Planned Parenthood and the Center for Reproductive Rights.Representing the complexity and diversity of…
Author(s): Danielle Barnhart, Iris Mahan

6. Feminism: A Brief Introduction to the Ideas, Debates, and Politics of the Movement (2019)

Beneath the nonstop cacophony of voices across social media, online forums, and news outlets lie the stubborn facts at the heart of the everyday struggles of women today: more than a third of single moms live in poverty; the United States sees more maternal deaths than anywhere else in the developed world; one in five women will be raped in her lifetime; and women still make eighty cents for every dollar earned by a man. Between these brutal statistics and the ill-informed, often contentious public debate stand millions of women who feel alienated, disaffected, or just plain worn out….
Author(s): Deborah Cameron

This is a manifesto for the 99 percentUnaffordable housing, poverty wages, inadequate healthcare, border policing, climate change—these are not what you ordinarily hear feminists talking about. But aren’t they the biggest issues for the vast majority of women around the globe?Taking as its inspiration the new wave of feminist militancy that has erupted globally, this manifesto makes a simple but powerful case: feminism shouldn’t start—or stop—with the drive to have women represented at the top of their professions. It must focus on those at the bottom,…
Author(s): Cinzia Arruzza, Tithi Bhattacharya , et al.

“This slim book—seven essays, punctuated by enigmatic, haunting paintings by Ana Teresa Fernandez—hums with power and wit.”—Boston Globe”The antidote to mansplaining.”—The Stranger”Feminist, frequently funny, unflinchingly honest and often scathing in its conclusions.”—Salon”Solnit tackles big themes of gender and power in these accessible essays. Honest and full of wit, this is an integral read that furthers the conversation on feminism and contemporary society.”—San Francisco Chronicle Top Shelf”Solnit [is] the perfect writer to tackle the…
Author(s): Rebecca Solnit

This essential volume brings together more than forty of the most important historical writings on feminism, covering 150 years of the struggle for women’s freedom. Spanning the American Revolution to the first decades of the twentieth century, these works—many long out of print or forgotten—are finally brought out of obscurity and into the light of contemporary analysis and criticism. This richly diverse collection contains excerpts from books, essays, speeches, documents, and letters, as well as poetry, drama, and fiction by major feminist writers, including: Elizabeth Cady Stanton, George Sand, Mary…
Author(s): Miriam Schneir

Now in its updated second edition, Full Frontal Feminism embodies the forward-looking messages that bestselling author Jessica Valenti propagated as founder of the popular website, Feministing.com. Smart and relatable, the book serves as a complete guide to the issues that matter to today’s young women, including health, equal pay, reproductive rights, violence, education, relationships, sexual independence and safety, the influence of pop culture, and more.Since its original publication, Full Frontal Feminism has informed, inspired, and assured readers with the ultimate message of truth: You a feminist, and…
Author(s): Jessica Valenti

It has been decades since women of color first turned feminism upside down, exposing the feminist movement as exclusive, white, and unaware of the concerns and issues of women of color from around the globe. Since then, key social movements have risen, including Black Lives Matter, transgender rights, and the activism of young undocumented students. Social media has also changed how feminism reaches young women of color, generating connections in all corners of the country. And yet we remain a country divided by race and gender.Now, a new generation…
Author(s): Daisy Hernández, Bushra Rehman 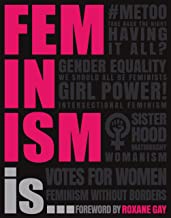 It didn’t just start with #MeToo. Today’s feminism is more diverse than ever before and asks all kinds of questions. Combining insightful text with graphic illustrations, Feminism Is…tackles topics including intersectionality, the gender pay gap, the male gaze, and mansplaining. Find out what equality for women really means, get a short history of feminism, and take a look at the concerns affecting women at work, in the home, and around sex and identity. Get answers to the big issues and meet some of the most groundbreaking feminists like Audre Lorde and bell hooks. Addressing ongoing feminist concerns and including…
Author(s): DK, Roxane Gay

We highly recommend you to buy all paper or e-books in a legal way, for example, on Amazon. But sometimes it might be a need to dig deeper beyond the shiny book cover. Before making a purchase, you can visit resources like Genesis and download some feminism books mentioned below at your own risk. Once again, we do not host any illegal or copyrighted files, but simply give our visitors a choice and hope they will make a wise decision.

White Feminism: From the Suffragettes to Influencers and Who They Leave Behind

Feminisms in the Nordic Region: Neoliberalism, Nationalism and Decolonial Critique

Please note that this booklist is not definite. Some books are absolutely best-sellers according to Chicago Tribune, others are drafted by unknown authors. On top of that, you can always find additional tutorials and courses on Coursera, Udemy or edX, for example. Are there any other relevant resources you could recommend? Leave a comment if you have any feedback on the list.