Skip to content
📚 Book Lovin' Geek Mamas are on a mission to promote a love of books and reading to everyone. We help our visitors to find their next favorite book. Our authors regularly create and post so-called listicles (also known as booklists) on various mostly tech-related topics.
Home » Reviews
Author BLGMReading 7 minViews 655Published by June 28, 2018

Our list of some of the best Fantagraphics books & series in recent years. Get inspired by one or more of the following books. 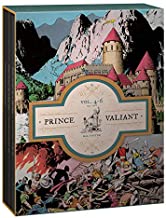 Among the many King Arthur inspired adventures in these volumes, Val journeys back to the land of his birth, meets his bride-to-be, and travels to Canada, where his son is born!
Author(s): Hal Foster

Yukie Sakai is a sprightly young home health aide eager to help her elderly clients. But what seems like a straightforward job quickly turns into a series of increasingly surreal and bizarre adventures that put Yukie’s wits to the test!
Author(s): Shintaro Kago 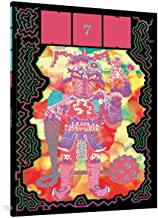 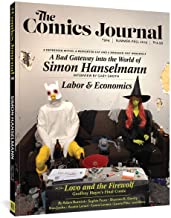 This issue of the award-winning magazine features an interview with Megahex cartoonist Simon Hanselmann and focuses on economics. In this issue of the award-winning magazine, Tasmanian cartoonist Simon Hanselmann discusses how his webcomic ― starring a witch, a cat, and an owl ― became an internationally acclaimed, best-selling phenomenon.
Author(s): Gary Groth 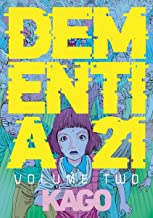 Devilishly funny, absurdist manga short stories about a sprightly home aide caring for a series of eccentric patients. In Vol. 2, Yukie boldly decides to join the resistance ― against a squadron of maniacal diapers hell-bent on taking over the world! A shorthanded hospital hires zombies to care for its patients, but … what exactly do they eat? When an old man creates a machine that causes out-of-body experiences, what could possibly go wrong?
Author(s): Kago 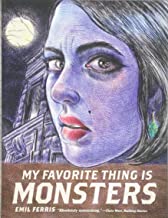 Set against the tumultuous political backdrop of late ’60s Chicago, My Favorite Thing Is Monsters is the fictional graphic diary of 10-year-old Karen Reyes, filled with B-movie horror and pulp monster magazines iconography. Karen Reyes tries to solve the murder of her enigmatic upstairs neighbor, Anka Silverberg, a holocaust survivor, while the interconnected stories of those around her unfold.
Author(s): Emil Ferris 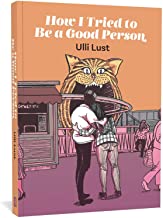 This graphic memoir is about obsession, gender conflict, and self-liberation, told with an honesty few cartoonists are capable of. Lust’s follow-up to her first internationally lauded graphic memoir, How I Tried to Be a Good Person, picks up directly where its predecessor left off.
Author(s): Ulli Lust 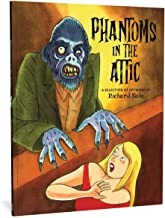 Uncle Scrooge: Treasure Above The Clouds (2019) 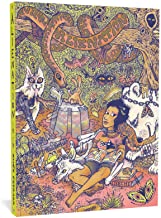 Fossil fuels have become fossilized. Wildlife has been civilized to extinction. Corporations have colonized our lives. Elizabeth and Carlos are bored. Drawn in hazy gray pencil and printed in blue pantone ink, this book is about Elizabeth, an exotic dancer in cyberspace, and Carlos, who was just fired from the last human-staffed oil rig, attempting to keep their romance alive.
Author(s): Ines Estrada 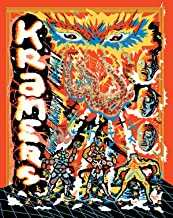 The latest installment of the most significant comics anthology of the 21st century includes comics by R. Crumb, as well as many other masters of the form. The preeminent art comics anthology returns with the first new volume since 2016! This new, oversized volume is certain to turn heads, with some of the very best cartoonists in the world contributing new pieces, including none other than R. Crumb (The Book of Genesis)!
Author(s): Sammy Harkham, R. Crumb, et al. 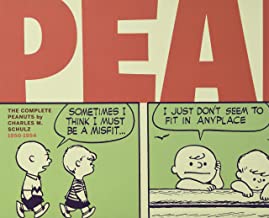 The best-selling, award-winning, critically acclaimed series that sparked a renaissance for fans of classic comic strips upon its debut in 2004 is now coming in softcover box sets! This first volume, covering the first two-and-a-quarter years of the strip, features hundreds of strips rarely reprinted before this series. Three major cast membersâ€”Schroeder, Lucy, and Linusâ€”initially show up as infants and only â€œgrowâ€ into their final â€œmatureâ€ selves as the months go by.
Author(s): Charles M Schulz

How to Read Nancy: The Elements of Comics in Three Easy Panels (2017) 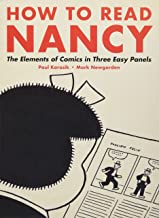 The authors use a single three-panel Nancy strip to explain how the medium of comics works. Everything that you need to know about reading, making, and understanding comics can be found in a single Nancy strip by Ernie Bushmiller from August 8, 1959. Paul Karasik and Mark Newgarden’s groundbreaking work How to Read Nancy ingeniously isolates the separate building blocks of the language of comics through the deconstruction of a single strip.
Author(s): Paul Karasik , Mark Newgarden , et al.

The Carl Barks Library of Burros, Hounds, Bears, Pigs, and Bunnies: The Art of Carl Barks, The Complete MGM Masters (and other non-Disney stories) (2019) 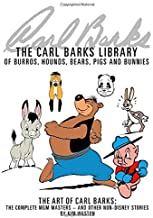 This book reprints, for the first time in one compact volume, all 36 of the non-Disney stories written and/or drawn by Carl Barks for Western Publishing and published under the Dell Comics label.
Author(s): Kim Weston

Best Fantagraphics Books That Will Hook You

We highly recommend you to buy all paper or e-books in a legal way, for example, on Amazon. But sometimes it might be a need to dig deeper beyond the shiny book cover. Before making a purchase, you can visit resources like Library Genesis and download some fantagraphics books mentioned below at your own risk. Once again, we do not host any illegal or copyrighted files, but simply give our visitors a choice and hope they will make a wise decision.

How to read Nancy. The elements of comics in three easy panels

Please note that this booklist is not definite. Some books are absolutely hot items according to Washington Post, others are written by unknown writers. On top of that, you can always find additional tutorials and courses on Coursera, Udemy or edX, for example. Are there any other relevant books you could recommend? Drop a comment if you have any feedback on the list.