Looking for the best Esoteric books? Browse our list to find excellent book recommendations on the subject.

Words to the Wise: A Practical Guide to the Esoteric Sciences (2009)

Subtitled "A Practical Guide to the Esoteric Sciences," this volume examines the teachings of the Mystery Schools, the five steps of self-unfoldment, and how the practice of ancient disciplines can lead to a more purposeful life.
Author(s): Manly P. Hall

Esoteric Anatomy: The Body as Consciousness (1998) 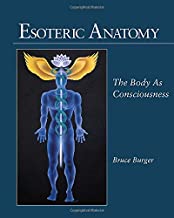 This powerhouse of a book examines the experience of empathy from every imaginable angle, taking the reader on a philosophical and experiential journey of what it means to be empathic.
Author(s): Raven Digitalis

Like no other book before it, this work delves into the deep, dark and mysterious undertones hidden in Tinsel town’s biggest films. Esoteric Hollywood is a game-changer in an arena of tabloid-populated titles. After years of scholarly research, Jay Dyer has compiled his most read essays, combining philosophy, comparative religion, symbolism and geopolitics and their connections to film.
Author(s): Jay Dyer

Five volumes have been written under the overall title of "A Treatise on the Seven Rays". This sequence of books is based on the fact, the nature and the quality of the seven basic streams of energy pervading our solar system, our planet and all that lives and moves within its orbit.
Author(s): Alice A. Bailey

This completely reworked second edition of Modern Esoteric includes new information, over a dozen additional images, and up-to-date revisions. Winner of the Best Book Design 2014, Modern Esoteric examines the flaws in modern history and looks at how conspiracy theories, esoteric knowledge, and fringe subjects can be used to help change the dead-end course humanity seems to be following.
Author(s): Brad Olsen

The science of esoteric astrology is said to be the basic occult science for the future. It will come into its own as the esoteric or soul factors begin to supersede the exoteric focus of the vast majority of professional and amateur astrologers today.
Author(s): Alice A. Bailey

Philosophy Between the Lines: The Lost History of Esoteric Writing (2017)

Philosophical esotericism—the practice of communicating one’s unorthodox thoughts “between the lines”—was a common practice until the end of the eighteenth century. The famous Encyclopédie of Diderot, for instance, not only discusses this practice in over twenty different articles, but admits to employing it itself.
Author(s): Arthur M. Melzer

Like no other book before it, this work delves into the deep, dark, and mysterious undertones hidden in Tinsel town’s biggest films. Esoteric Hollywood is a game-changer in an arena of tabloid-populated titles. After years of scholarly research, Jay Dyer has compiled his most read essays, combining philosophy, comparative religion, symbolism, and geopolitics and their connections to film.
Author(s): Jay Dyer

Esoteric Structure of the Alphabet (2015)

2015 Reprint Edition. Full Facsimile of the original edition. Not reproduced with Optical Recognition Software. Originally published without date by The Academy Press, the book was written as an effort to uncover a sort of “crypticism” that lay behind the letters of the English alphabet, ostensibly hidden there by “Sages” to “safeguard precious cosmic and anthropogenic truth from desecration by the ‘rabble.'”
Author(s): Alvin Boyd Kuhn

Esoteric Healing: A Practical Guide Based on the Teachings of the Tibetan in the works of Alice A Bailey (2004)

Esoteric Healing (A Treatise on the Seven Rays) (2007)

There are probably more individuals and groups of people in the world of every shade of belief and capacity, devoted to the idea of healing than to any other single human need.
Author(s): Alice A. Bailey

Esoteric magic explained by a scientist!

Best Esoteric Books You Should Enjoy

We highly recommend you to buy all paper or e-books in a legal way, for example, on Amazon. But sometimes it might be a need to dig deeper beyond the shiny book cover. Before making a purchase, you can visit resources like Library Genesis and download some esoteric books mentioned below at your own risk. Once again, we do not host any illegal or copyrighted files, but simply give our visitors a choice and hope they will make a wise decision.

Memory Palaces and Masonic Lodges: Esoteric Secrets of the Art of Memory

Please note that this booklist is not errorless. Some books are really hot items according to The Wall Street Journal, others are composed by unknown writers. On top of that, you can always find additional tutorials and courses on Coursera, Udemy or edX, for example. Are there any other relevant books you could recommend? Leave a comment if you have any feedback on the list.