Skip to content
📚 Book Lovin' Geek Mamas are on a mission to promote a love of books and reading to everyone. We help our visitors to find their next favorite book. Our authors regularly create and post so-called listicles (also known as booklists) on various mostly tech-related topics.
Home » Reviews
Author BLGMReading 8 minViews 1.1k.Published by January 19, 2019

Below I’ll give you my selections for the best Egyptology books by a few categories. I will cover these and other great books more in depth later.

Egyptian Mythology: A Guide to the Gods, Goddesses, and Traditions of Ancient Egypt (2004)

From stories of resurrected mummies and thousand-year-old curses to powerful pharaohs and the coveted treasures of the Great Pyramids, ancient Egypt has had an unfaltering grip on the modern imagination.
Author(s): Geraldine Pinch 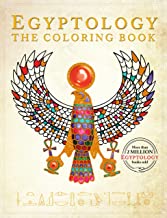 Who can resist the allure of ancient Egypt — and the thrill of exploring mysteries that lay hidden for thousands of years? Now dedicated Egyptologists and avid coloring fans alike can put pencil or marker to the page and bring extraordinary treasures to life. The images found within include hieroglyphs, pyramids, artifacts, statuary, and mummy masks such as those discovered inside the tomb of King Tut himself.
Author(s): Emily Sands, Various

The Egyptian Book of the Dead: The Book of Going Forth by Day The Complete Papyrus of Ani Featuring Integrated Text and Fill-Color Images (History … Mythology Books, History of Ancient Egypt) (2015)

Upon death, it was the practice for some Egyptians to produce a papyrus manuscript called the Book of Going Forth by Day or the Book of the Dead. A Book of the Dead included declarations and spells to help the deceased in the afterlife. The Papyrus of Ani is the manuscript compiled for Ani, the royal scribe of Thebes. Written and illustrated almost 3,300 years ago, The Papyrus of Ani is a papyrus manuscript with cursive hieroglyphs and color illustrations.
Author(s): Ogden Goelet, Raymond Faulkner, et al. 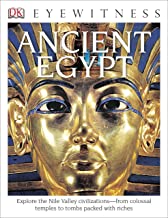 In Eyewitness: Ancient Egypt, travel back in time and discover one of history’s most remarkable civilizations — from the legends of the great Pharaohs to the triumphs of the ordinary people. Explore the inside of the Great Pyramid in Giza, or learn how Tutankhamun’s tomb was found.
Author(s): George Hart

The Oxford History of Ancient Egypt (2004)

The Oxford History of Ancient Egypt uniquely covers 700,000 years of ancient Egypt, from c. 700,000 BC to AD 311. Following the story from the Egyptians’ prehistoric origins to their conquest by the Persians, Greeks, and Romans, this book resurrects a fascinating society replete with remarkable historical information.
Author(s): Ian Shaw 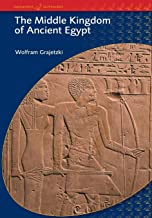 For the ancient Egyptians, the Middle Kingdom (c. 2000-1700 BC) was a classical period of art, history and literature. The Twelfth Dynasty was one of the strongest ever to rule on the banks of the Nile: some of its kings were later worshipped as local gods, and were made famous by classical Greek authors. Yet Egyptologists tend not to look beyond the extraordinary royal sculpture and literary masterpieces of the time.
Author(s): Wolfram Grajetzki

A Little Gay History: Desire and Diversity Across the World (2013) 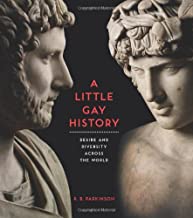 When was the first chat line between men established? Who was the first “lesbian”? Were ancient Greek men who had sex with each other necessarily “gay,” and what did Shakespeare think about crossdressing?A Little Gay History answers these questions and more through close readings of art objects from the British Museum’s far-ranging collection.
Author(s): Professor of Egyptology R Parkinson

Hieroglyph Detective: How to Decode the Sacred Language of the Ancient Egyptians (2010) 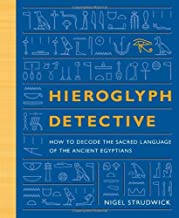 Egyptian hieroglyphs have long fascinated people the world over, though traditionally only specially trained scholars have been able to unlock their esoteric secrets. In Hieroglyph Detective, renowned Egyptologist Nigel Strudwick offers a historical background for the symbols as he takes the reader on a visual tour of museums around the world and provides step-by-step instructions on how to decipher inscriptions from ancient Egyptian tombs and temples.
Author(s): Nigel Strudwick 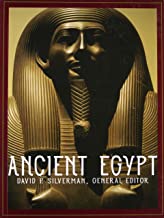 The ancient Egyptians created some of the world’s most beautiful art and architecture. To this day, this ancient civilization which produced the great pyramids, the riddle of the Sphinx, and the riches of Tutankhamun exerts a strong hold on our imaginations. Now, in Ancient Egypt, eminent Egyptologist David P.
Author(s): David P. Silverman

A GIANT AMONG ADVENTURERS AND EXPLORERS Among the noted explorers and adventurers of the great age of discovery, few can compare with the Great Belzoni. No study of the modern exploration of ancient Egypt is complete without his extraordinary work. Once a circus strongman, trained as an engineer, he spent many years on the Nile in Egypt and Nubia studying the ancient ruins and shipping antiquities back to Europe.
Author(s): Giovanni Battista Belzoni 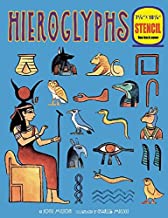 Ancient Egypt is a subject of never-ending fascination for primary grade kids. Here they learn all about hieroglyphs, the beautiful pictogram writing that appears on mummy cases, papyrus scrolls, tomb walls, etc. What do the different symbols mean? How did we learn to decipher hieroglyphs? What was school and learning to read and write like for children of ancient Egypt?
Author(s): Joyce Milton, Charles Micucci

The Gods and Symbols of Ancient Egypt: An Illustrated Dictionary (1984)

“Should certainly help to awaken an interest in the most fascinating of ancient civilizations” – Antiquity Why was a humble dung beetle chosen to represent the sun god as Khepri, or a desert jackal to represent Anubis, the embalmer god? Ancient Egyptian religion, with its many gods and symbols, has always been a source of wonder and mystery to the monotheistic West.
Author(s): Manfred Lurker

Eye of the Moon is a gothic mystery of the finest order, Eyes Wide Shut meets Agatha Christie. Johnny’s legendary socialite Aunt Alice mysteriously died while reading the Egyptian Book of the Dead when he and Percy were ten. They have been kept in the dark about that night ever sinceTwenty years later, they are reunited, along with family and guests, for a weekend house party at Rhinebeck, the sumptuous estate once owned by Alice.But Rhinebeck holds more than just childhood memories.
Author(s): Ivan Obolensky

The tomb of Tutankhamun (Tut.ankh.Amen), uncovered by the fifth Earl of Carnarvon and Howard Carter in November 1922, was the greatest archaeological find the world has ever seen. Though superficially plundered by thieves in antiquity, the burial remained intact, surrounded by a mass of funerary equipment arranged in three peripheral chambers. “The Tomb of Tut.ankh.Amen: The Burial Chamber” was originally published in 1927 as the second volume of Carter’s trilogy.
Author(s): Howard Carter

The Nile: Travelling Downriver Through Egypt’s Past and Present (Vintage Departures) (2015)

The Nile, like all of Egypt, is both timeless and ever-changing. In these pages, renowned Egyptologist Toby Wilkinson takes us on a journey downriver that is both history and travelogue. We begin at the First Nile Cataract, close to the modern city of Aswan. From there, Wilkinson guides us through the illustrious nation birthed by this great river.         We see Thebes, with its Valley of the Kings, Valley of the Queens, and Luxor Temple.
Author(s): ToWilkinson

Sudan, Egypt in a spat over who has the oldest pyramids

We highly recommend you to buy all paper or e-books in a legal way, for example, on Amazon. But sometimes it might be a need to dig deeper beyond the shiny book cover. Before making a purchase, you can visit resources like Library Genesis and download some egyptology books mentioned below at your own risk. Once again, we do not host any illegal or copyrighted files, but simply give our visitors a choice and hope they will make a wise decision.

Walking Among Pharaohs: George Reisner and the Dawn of Modern Egyptology

The Oxford Handbook of Egyptology

A Child's Introduction to Egyptology

Please note that this booklist is not errorless. Some books are truly hot items according to Los Angeles Times, others are written by unknown writers. On top of that, you can always find additional tutorials and courses on Coursera, Udemy or edX, for example. Are there any other relevant books you could recommend? Leave a comment if you have any feedback on the list.