Skip to content
📚 Book Lovin' Geek Mamas are on a mission to promote a love of books and reading to everyone. We help our visitors to find their next favorite book. Our authors regularly create and post so-called listicles (also known as booklists) on various mostly tech-related topics.
Home » Reviews
Author BLGMReading 5 minViews 1k.Published by July 7, 2017

Looking for the best Demonology books? Browse our list to find excellent book recommendations on the subject.

The Dictionary of Demons: Names of the Damned (2010) 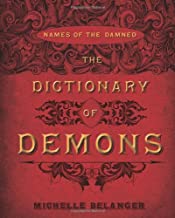 The Dictionary of Demons starts with a simple premise: names have power. In medieval and Renaissance Europe, it was believed that speaking a demon’s true name could summon it, compel it, and bind it. Occult scholar Michelle Belanger has compiled the most complete compendium of demonic names available anywhere, using both notorious and obscure sources from the Western grimoiric tradition.
Author(s): Michelle Belanger

The Encyclopedia Of Witchcraft & Demonology (2015) 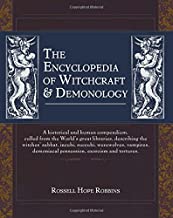 With research sourced by the world’s greatest libraries, Robbins has compiled a rational, balanced history of 300 years of horror concentrated primarily in Western Europe. Spanning from the 15th century through the 18th century, the witch-hunt frenzy marks a period of suppressed rational thought; never before have so many been so wrong.
Author(s): Rossell Hope Robbins

Grimorium Verum is one of the most notorious handbooks of black magic — one of the few that deals openly with spirits of darkness. People have long sought the aid of non-physical beings; the biblical king Solomon in particular had a reputation since ancient times for commanding demons. There are many texts purporting to reveal Solomon’s methods, but most are extremely complicated and difficult. Grimorium Verum is one of the easier texts, but also one of the most sinister.
Author(s): Joseph H. Peterson

The Encyclopedia of Demons and Demonology (2009) 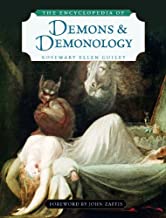 Brief entries and illustrations introduce topics including individually named demons from a variety of cultures, historical figures, films, and cases of possession. #21,764 in Books (See Top 100 in Books) #18 in Supernaturalism (Books) #18 in Ghosts & Hauntings #19 in Religious Cults (Books) Would you like to ?If you are a seller for this product, would you like to ?
Author(s): Rosemary Ellen Guiley, John Zaffis

The first text presented here, written by James I of England, is a wide-ranging discussion of witchcraft, necromancy, possession, demons, were-wolves, fairies and ghosts, in the form of a Socratic dialogue. The second text is a sensational historical account of Scottish witch persecution and is one of the sources cited by Margaret Murray.
Author(s): King I James

Daemonologie: A Critical Edition. Expanded. In Modern English with Notes (2016)

At a time when news of strange sicknesses, sudden deaths and a widespread interest in witchcraft was discovered in the kingdom, a response to the pandemic was published in a dissertation written by King James.
Author(s): King James, Brett R Warren

The Demonologist: The Extraordinary Career of Ed and Lorraine Warren (The Paranormal Investigators Featured in the Film “The Conjuring”) (2013)

If you think ghosts are only responsible for hauntings, think again. This New York Times Best Seller reveals the grave religious process behind supernatural events and how it can happen to you. Used as a text in seminaries and classrooms, this is one book you can’t put down. For over five decades Ed and Loraine Warren have been considered America’s foremost experts on demonology and exorcism.
Author(s): Gerald Brittle

This book is controversial for being the most accurate source of knowledge and defence about demonic entities in modern times.It challenges the ego, knowledge and methods used by existing demonologists, occultists, the metaphysical community and the church in understanding and defending against the demonic.
Author(s): Miss Claire Sage

We highly recommend you to buy all paper or e-books in a legal way, for example, on Amazon. But sometimes it might be a need to dig deeper beyond the shiny book cover. Before making a purchase, you can visit resources like Library Genesis and download some demonology books mentioned below at your own risk. Once again, we do not host any illegal or copyrighted files, but simply give our visitors a choice and hope they will make a wise decision.

Pandemonium: A Visual History of Demonology

Magic, Witchcraft, and Ghosts in the Enlightenment

Folklore, Magic, and Witchcraft: Cultural Exchanges from the Twelfth to Eighteenth Century

Please note that this booklist is not absolute. Some books are truly chart-busters according to Los Angeles Times, others are composed by unknown authors. On top of that, you can always find additional tutorials and courses on Coursera, Udemy or edX, for example. Are there any other relevant links you could recommend? Drop a comment if you have any feedback on the list.